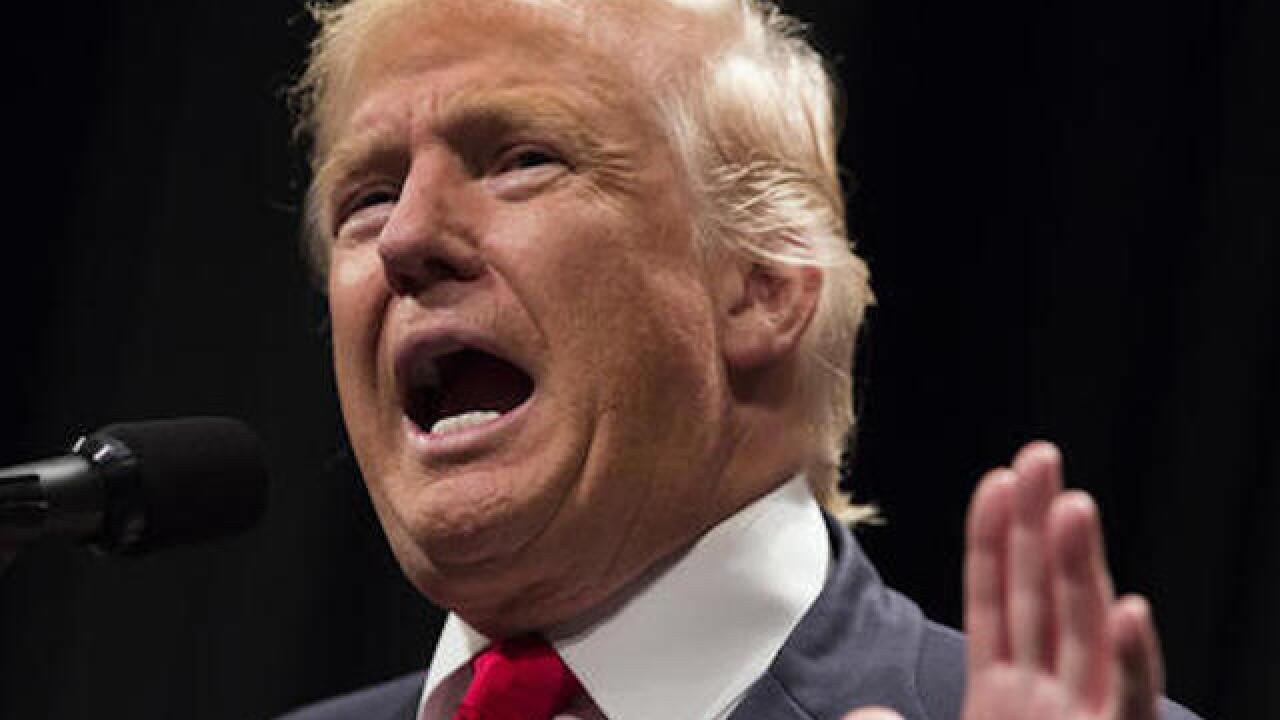 CLEVELAND (AP) — Lamenting a "lack of spirit" between whites and blacks, Donald Trump encouraged racial unity on Thursday even as he called for one of the nation's largest cities to adopt "stop and frisk" policing tactics that have been widely condemned as racial profiling by minority leaders.

The Republican presidential contender, eager to improve his standing among minority voters, confronted racial tensions after police-involved shootings in Oklahoma and North Carolina sparked violent protests overnight. But as he has for much of his unorthodox presidential bid, Trump offered a decidedly mixed message.

"It just seems that there's a lack of spirit between the white and the black," he told Fox News' "Fox and Friends." ''It's a terrible thing that we're witnessing."

The New York billionaire then suggested violence in Chicago is worse than that of Afghanistan, and endorsed a policing method that has been struck down by a New York judge as a violation of minority residents' civil rights.

"I think Chicago needs stop and frisk," Trump said. "When you have 3,000 people shot and so many people dying, I mean it's worse than some of the places we're hearing about like Afghanistan, you know, the war torn nations."

Clinton has made curbing gun violence and police brutality a central part of her candidacy. She has campaigned alongside a group of black women called the "Mothers of the Movement," who advocated for more accountability and transparency by law enforcement. The group includes the mothers of Eric Garner, Trayvon Martin and Michael Brown, black victims of high-profile killings.

On Wednesday, Clinton told a Florida audience that the shootings in Oklahoma and North Carolina added two more names "to a long list of African-Americans killed by police officers. It's unbearable and it needs to become intolerable."

Trump said Wednesday during the taping of a Fox News town hall taping that the "stop and frisk" policy, which gives police the ability to stop and search anyone they deem suspicious, had "worked incredibly well" in New York, where it was expanded under former New York City Mayor Michael Bloomberg.

Video of the Oklahoma shooting shows that 40-year-old Terence Crutcher had his hands up as officers approached. He was unarmed and the video suggests he was not posing a threat when he was shot.