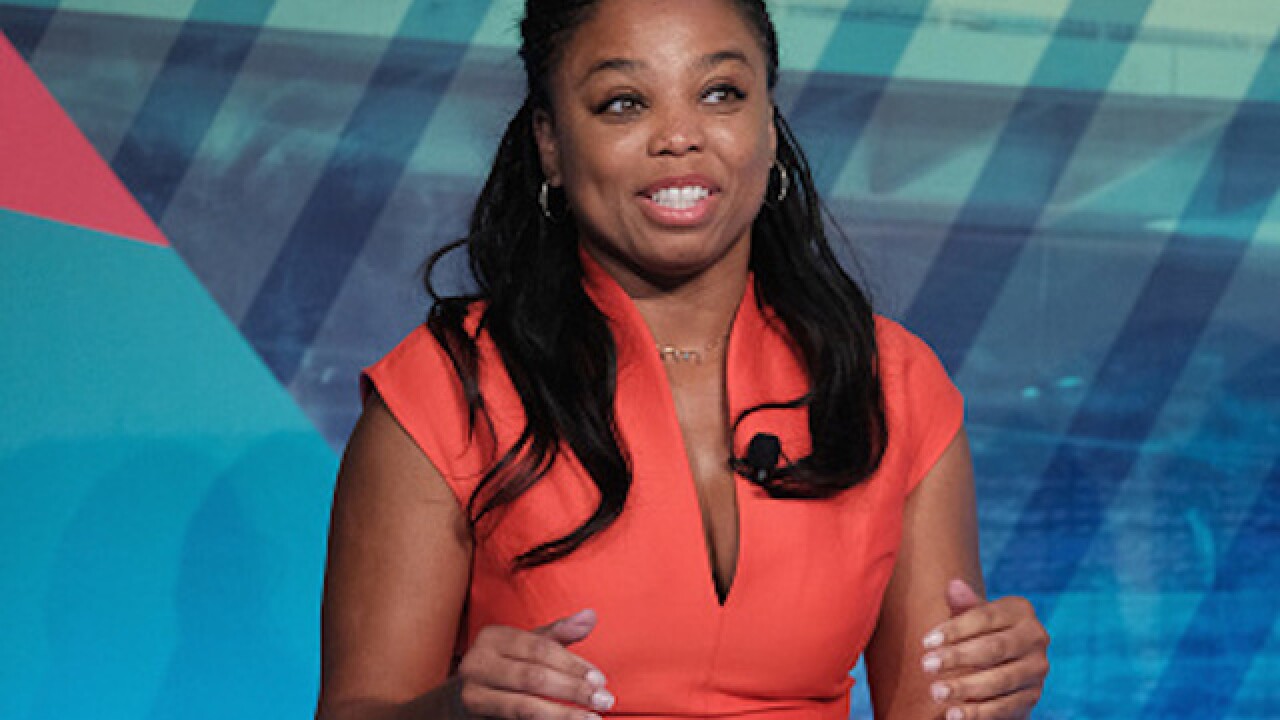 Copyright 2017 Scripps Media, Inc. All rights reserved. This material may not be published, broadcast, rewritten, or redistributed.
D Dipasupil
<p>NEW YORK, NY - SEPTEMBER 29: Co-host ESPN2's His & Hers Jemele Hill speaks at the Why Are We Still Talking About This? Women & Sport in 2016 panel at Liberty Theater during 2016 Advertising Week New York on September 29, 2016 in New York City. (Photo by D Dipasupil/Getty Images for Advertising Week New York)</p>

President Trump attacked ESPN host Jemele Hill one day after she was suspended.

ESPN suspended Hill for two weeks on Monday for criticizing Dallas Cowboys owner Jerry Jones on social media. She had said he "created a problem for his players, specifically the black ones. If they don't kneel, some will see them as sellouts."

Her post was in reference to Jones's statement that any Dallas Cowboys player who "disrespects the flag" during the National Anthem will not play.

Some players have taken to kneeling instead of standing during the anthem to protest police killings of African-Americans, a movement started by Colin Kaepernick, formerly of the San Francisco 49ers.

Trump weighed in with this Tuesday morning tweet: "With Jemele Hill at the mike, it is no wonder ESPN ratings have 'tanked,' in fact, tanked so badly it is the talk of the industry!"

But have ESPN ratings really "tanked"?

On Fox News and conservative talk radio, it's a popular talking point that the subscriber losses are due to rampant liberal bias. But there's little evidence to support that theory.

ESPN had 90 million subscribers as of September 2016, the most recent numbers it has reported. That's down 2 million from a year earlier and down from a high of 100 million in 2010.

So the vast majority of U.S. homes continue to pay for cable, including ESPN. But as the monthly cable bundle has become more and more expensive, and streaming has become more popular, some homes have dropped the big bundles that include ESPN. Others have discontinued cable altogether and turned to streaming services.

The cutbacks have put pressure on ESPN and other sports networks. To address this, ESPN is planning to roll out a direct-to-consumer streaming service next year.

RELATED: ESPN Suspends Jemele Hill after she tweets about Cowboys