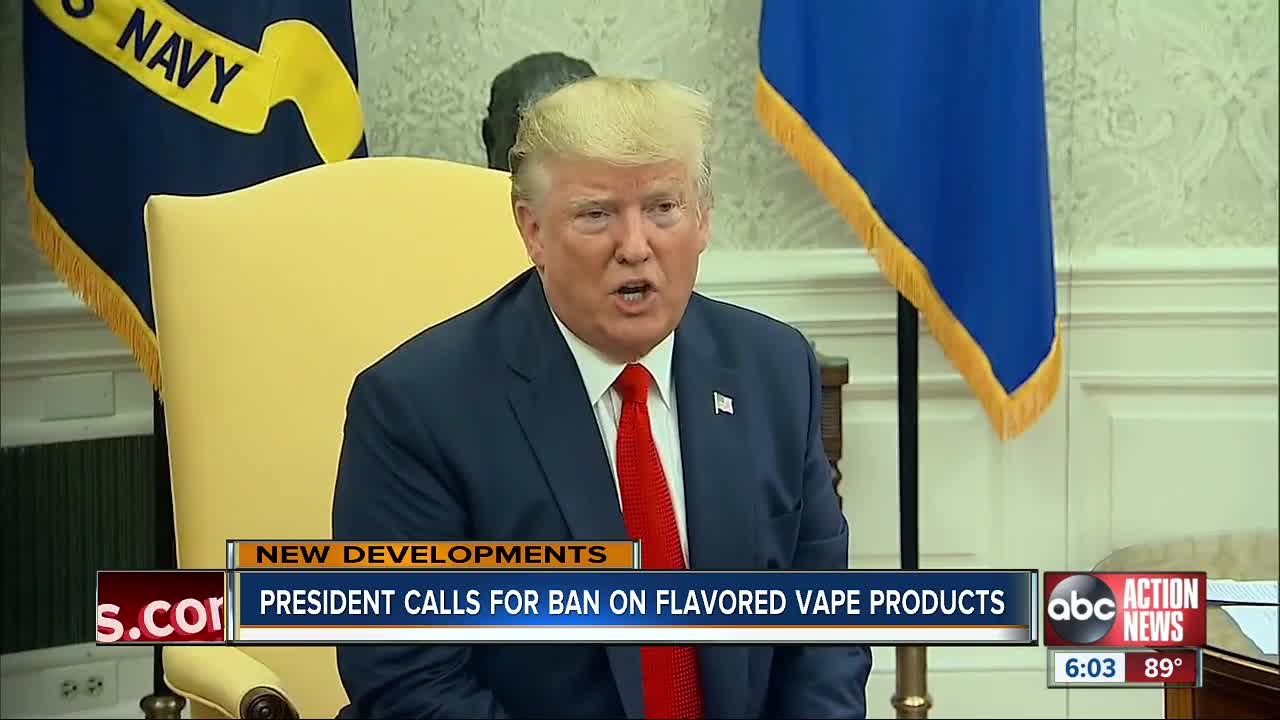 President Donald Trump, with the first lady at his side, announced on Wednesday that his administration is considering a ban on sales of flavored e-cigarettes after a sixth person recently died from a vaping-related lung illness. 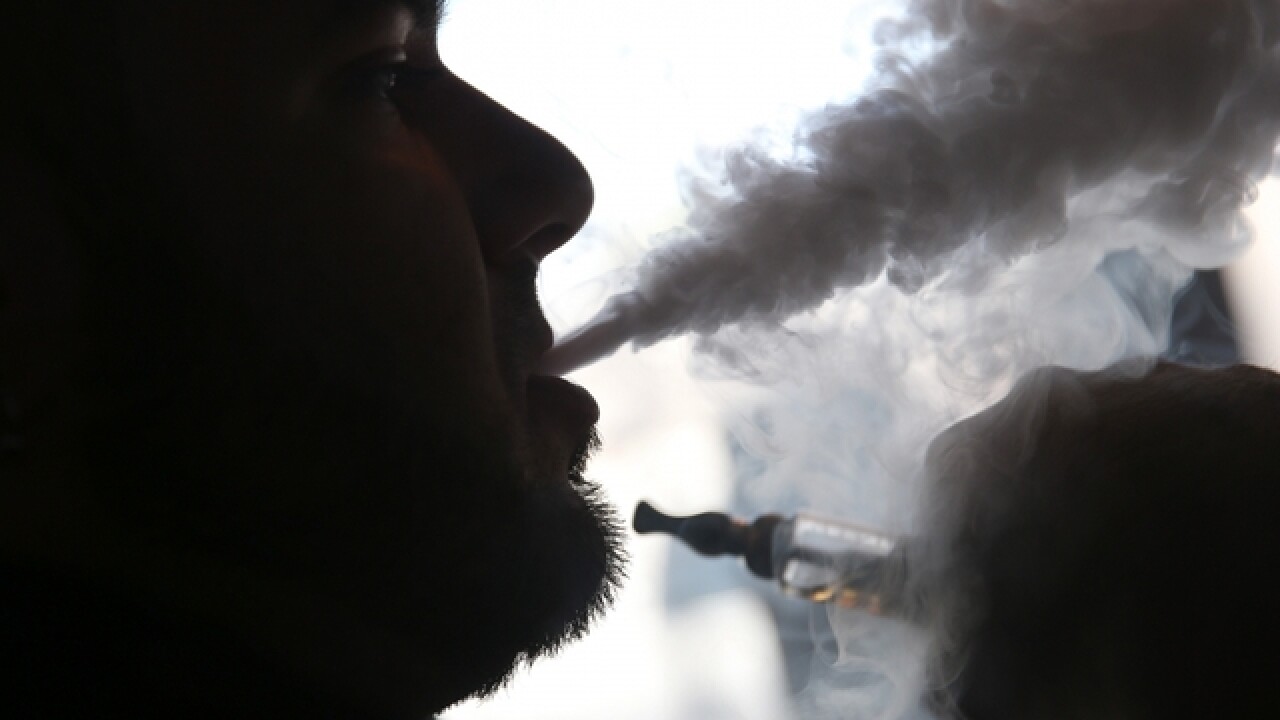 President Donald Trump, with the first lady at his side, announced on Wednesday that his administration is considering a ban on sales of flavored e-cigarettes after a sixth person recently died from a vaping-related lung illness.

"We are looking at vaping strongly, it's very dangerous, children have died and people have died," Trump told reporters in the Oval Office. "We're going to have some very strong rules and regulations."

The president said kids are coming home from school and saying, "Mom, I want to vape."

Trump was meeting Wednesday with Health and Human Services Secretary Alex Azar and Food and Drug Administrator Ned Sharpless who joined him and the first lady in the Oval Office, to discuss the proposed regulation, which they said might not be finalized for a few weeks.

The FDA said the moves would mean "clearing the market of unauthorized, non-tobacco-flavored e-cigarette products."

Earlier this week, Melania Trump tweeted about vaping, saying she is "deeply concerned about the growing epidemic."

"That's how the first lady got involved," Trump said. "She's got a son ... together, that's beautiful young man and she feels very strongly about it."

I am deeply concerned about the growing epidemic of e-cigarette use in our children. We need to do all we can to protect the public from tobacco-related disease and death, and prevent e-cigarettes from becoming an on-ramp to nicotine addiction for a generation of youth. @HHSGov

The FDA is in charge of regulating e-cigarettes, which have recently gained in popularity. The CDC has advised against people using e-cigarettes, also known as vaping pens. Azar said that the FDA plans to finalize a guidance document to start enforcing flavors other than tobacco to be removed from the market, as children are particularly attracted to those flavors.

"Vaping is becoming a big business as I understand it, like a giant business in a short period of time. We can't allow people to get sick and we can't have our youth be so effected," Trump said.

"A lot of people think vaping is wonderful and it is great. It is not wonderful. That's one thing I think we can say, definitely."

It's unclear how much teeth this announcement would actually have. The FDA has issued warnings already about using flavors to target young people and companies have said they made changes to address the FDA's concerns.

"There's a lot of implications for a ban of flavors and me losing my job is definitely one of them," said Griffen Weeks, an employee at Purely Vapor in Tampa. “It is a bit jarring to say the least. I know a lot of people look to e-cigarettes as a means of staying healthy in an otherwise unhealthy environment."

The American Vaping Association tweeted that, "Destroying thousands of small businesses and sending ex-smokers back to smoking will do nothing to stop drug dealers from selling contaminated THC cartridges. @realDonaldTrump Could be on the verge of making a deadly mistake.