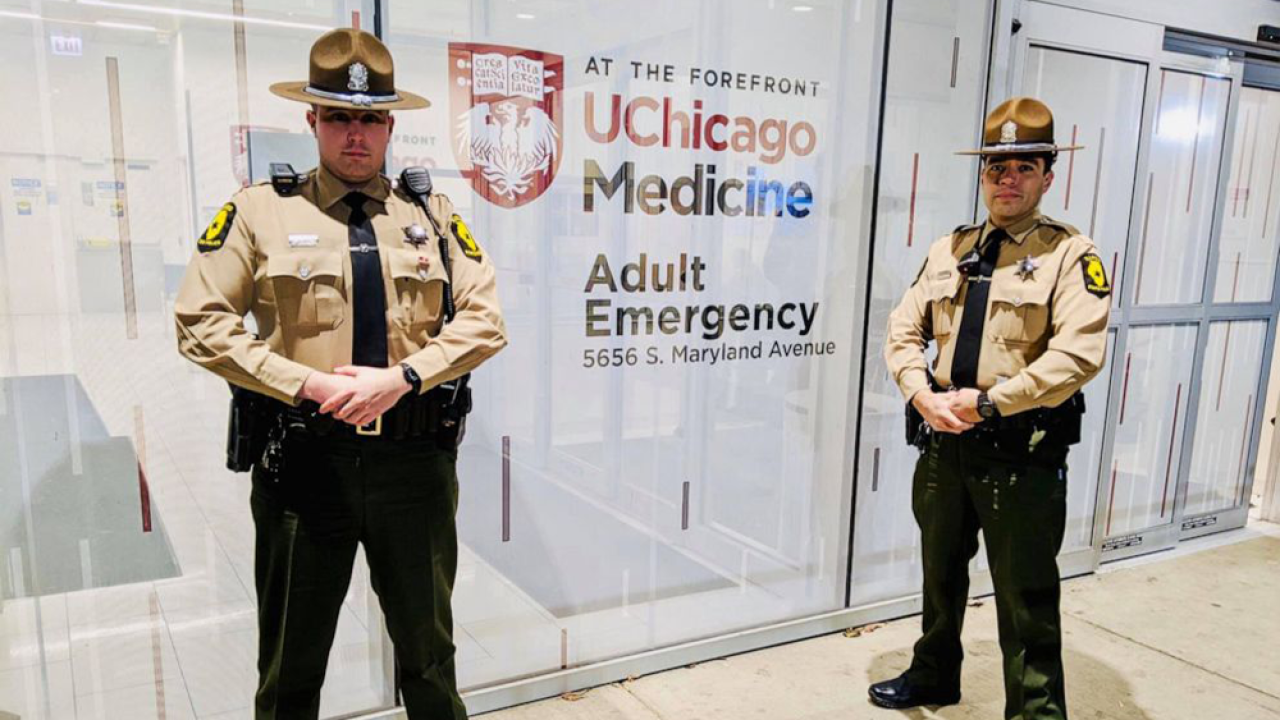 When a surgical transplant team -- carrying a donor heart -- was stranded with a flat tire, two Illinois troopers stepped in to help get the organ to surgery in time.

A surgeon, transplant coordinator and medical student were on their way from Chicago's Midway International Airport back to the University of Chicago Medicine's Hyde Park campus when the transplant vehicle got a flat tire, said the Illinois State Police.

A heart is viable for surgery for about four to six hours -- and this team had already been traveling for approximately three hours, said Ashley Heher, spokeswoman for UChicago Medicine.

Time was "of the essence," Heher said in a statement.

When the two troopers responded to the stranded motorist call shortly after 4 a.m. Tuesday, they found the team and jumped into action, rushing them and the donor heart to the hospital, said the state police.

The surgery was completed in time and the transplant recipient is recovering, Heher added.

"We're incredibly grateful to ISP – both the troopers and their dispatchers – who helped get our team and the heart they were transporting to the hospital so quickly after the flat tire," Heher said.

"I am extremely proud of our officers who acted without hesitation in this life saving transport," Illinois State Police Interim Capt. Angelo Mollo added in a statement.

They turned "a potentially bad situation into a thankful ending for at least one family this Thanksgiving holiday."