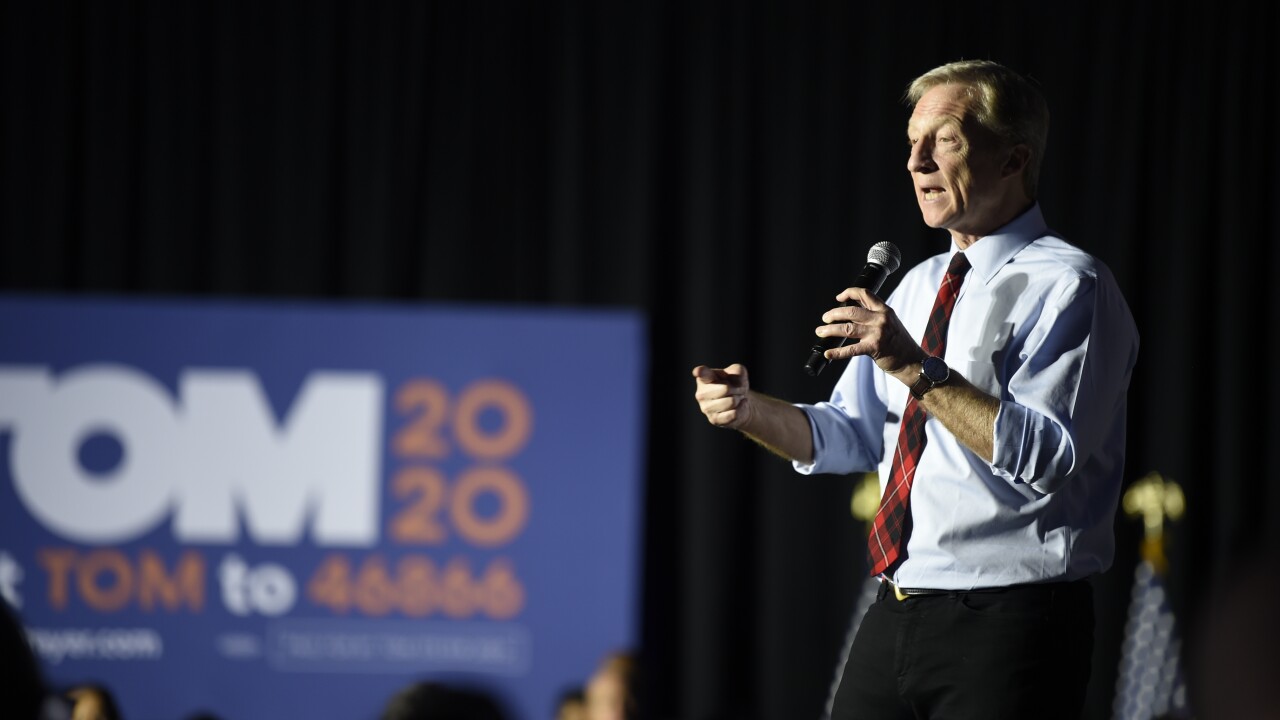 COLUMBIA, S.C. -- Tom Steyer announced Saturday night that he is dropping out of the race for the Democratic presidential nomination.

The billionaire businessman ended his campaign after losing the primary in South Carolina.

"Honestly, I can't see a path where I can win the presidency,” Steyer told a crowd of supporters.

Steyer spent large sums of money in the southern state, which helped him in the polls.

“The people who have endorsed me have stood up in a very red state where I have seen things that have broken my heart,” Steyer said.

Two of the top issues that Steyer campaigned on were addressing climate change and racial justice.