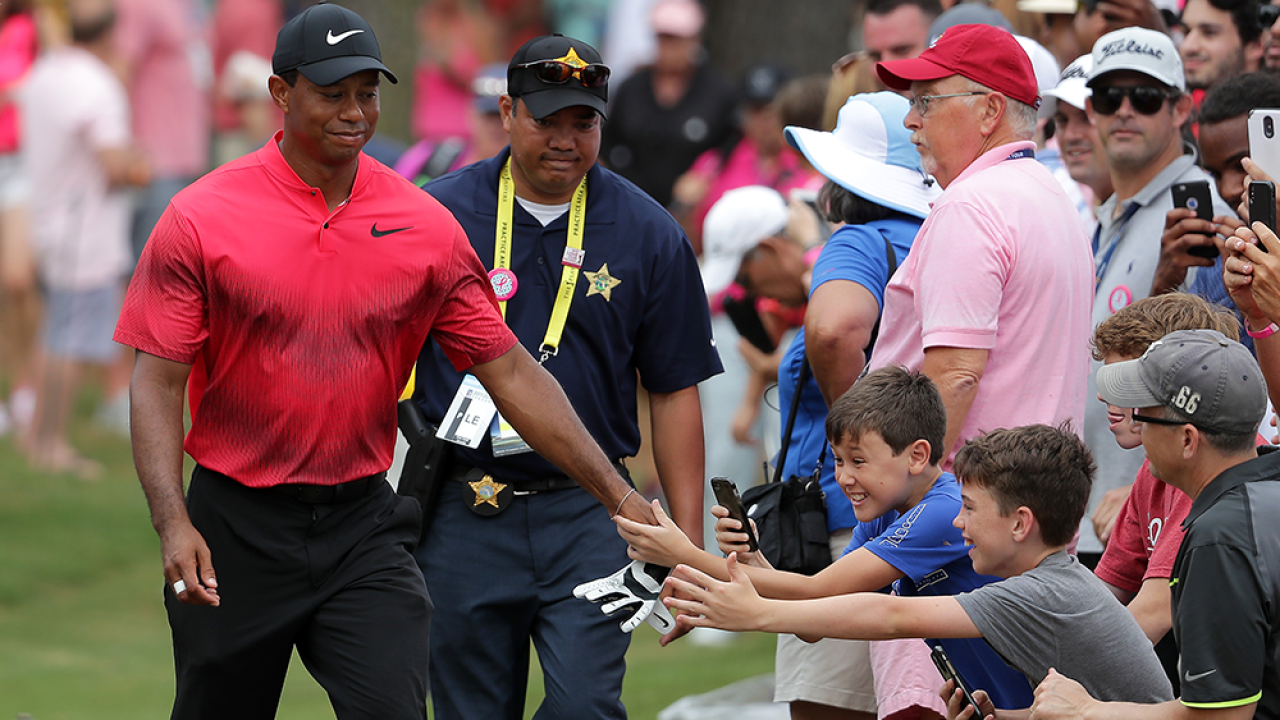 CHARLOTTE, N.C. (AP) — Harold Varner III worked up the courage to ask a favor of Tiger Woods for a close friend with colon cancer.

The timing made it surreal.

Woods made a videotaped message for Daniel Meggs on the Wednesday before the Masters, encouraging the former Wake Forest golfer to keep fighting and to never give up hope.

"I sent it to him and he sent the greatest reply ever," Varner said Tuesday ahead of the Wells Fargo Championship. "He said, 'Well, I can die now.' We're laughing. He's like, 'No man, it's really cool. I needed this.'"

And then it got even better. Meggs was so excited to get the video he predicted that Woods was going to win. Varner was at home on Sunday of the final round as he watched Woods come from two shots behind on the back nine at Augusta National to win his fifth green jacket and his first major in 11 years.

That's when he called Meggs again.

"For like a good 20 seconds, we didn't say anything. We just cried," Varner said. "I'm just glad he wasn't in front of me because I would not have said anything. It was just super awesome. I didn't do anything, but the joy that I got out of seeing him talk to me, I just can't put it into words."

Varner pulled out his phone to see the message again. Most impressive was that Woods put thought into a video that was 17 seconds long.

"Hey, Daniel," Woods says in the video. "I know you're going through a difficult time. But I just want you to know that I'm pulling for you. Stay strong and keep fighting. That's the most important thing. Never give up hope. You're an inspiration to all of us. Just keep hanging in there, all right? Take care, dude."

Varner says he and Meggs grew up together. He said Meggs went to Wake Forest on an Arnold Palmer scholarship while Varner played at East Carolina. Varner's lone victory is the Australian PGA Championship at the end of 2016.

He said he hasn't seen Woods since the Masters and can't wait to see him next. Woods had intended to play the Wells Fargo Championship but decided last week he wasn't ready to return after a draining victory in the Masters.

"For him to do that, I thought that was very ... I mean, who am I? Nobody. I just shouted out there and it worked," Varner said of his request. "But this guy is still fighting for his life, no matter what. For him to be excited about Tiger ... I don't know, man. I think it's pretty awesome."