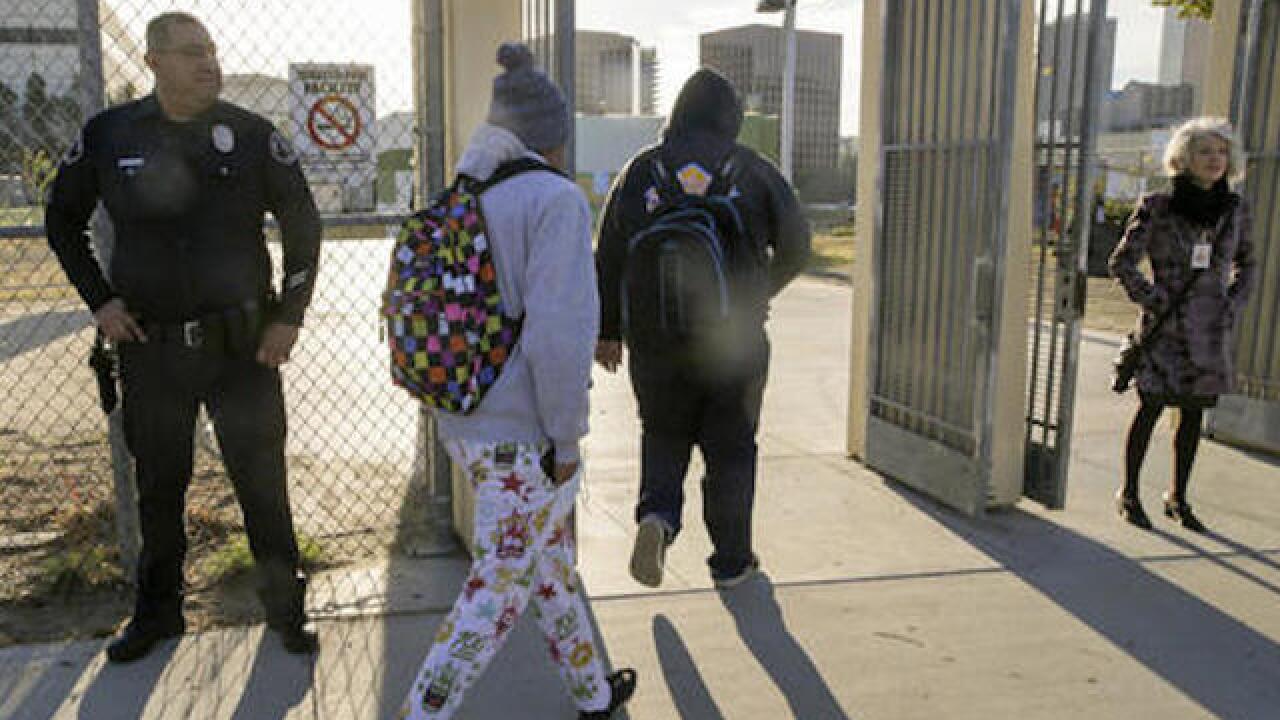 MIAMI (AP) — Students in Miami, Fort Lauderdale, Houston and Dallas are heading to school Thursday, hours after school officials in those cities said they received threats similar to the ones received by the Los Angeles and New York school districts earlier this week.

The Miami-Dade County, Dallas and Houston school districts announced on their websites that "less-than-credible" threats were received by email late Wednesday evening, and that schools would be open Thursday. Officials from Broward County Public Schools in Fort Lauderdale said they also received a threat. In a tweet sent Thursday, the district announced that all schools would be open Thursday morning.

The districts are among the nation's largest — Miami ranks fourth, Broward is sixth, Houston is seventh and Dallas is 14th.

In Dallas, officials with the Dallas Independent School District said some teachers and staff members at two schools — Pinkston High and Martinez Elementary — received emailed threats and notified district officials. The district's police department activated its emergency response protocol and began working with other law enforcement agencies to make sure the schools were safe.

Officials say bomb-sniffing dogs were brought to both schools and at 2:20 a.m. CST, Dallas police said they found no credible threat. Schools across the Dallas area were open Thursday.

School officials in Miami, Fort Lauderdale and Houston have not released details about the threats, but said on their websites they were similar to those received in New York and Los Angeles earlier in the week. Los Angeles, which has the nation's second-largest school districts, closed Tuesday after receiving the threat. Officials in New York determined the threat was a hoax and kept schools open that day.

Law enforcement officers were making sweeps of schools in Houston to ensure student safety. They encouraged parents and students to be vigilant and report any suspicious activity to police.

In central Indiana, two school districts canceled classes Thursday. The Danville Community School Corporation said two students were arrested after allegedly making threats against schools in separate incidents. And in Plainfield, west of Indianapolis, students were told to stay home Thursday after a threat was "directed to the high school."

It's rare for a major U.S. city to close all its schools because of a threat and the closures in Los Angeles reflected the lingering unease in Southern California following the attack that killed 14 people at a holiday luncheon two weeks ago in San Bernardino.