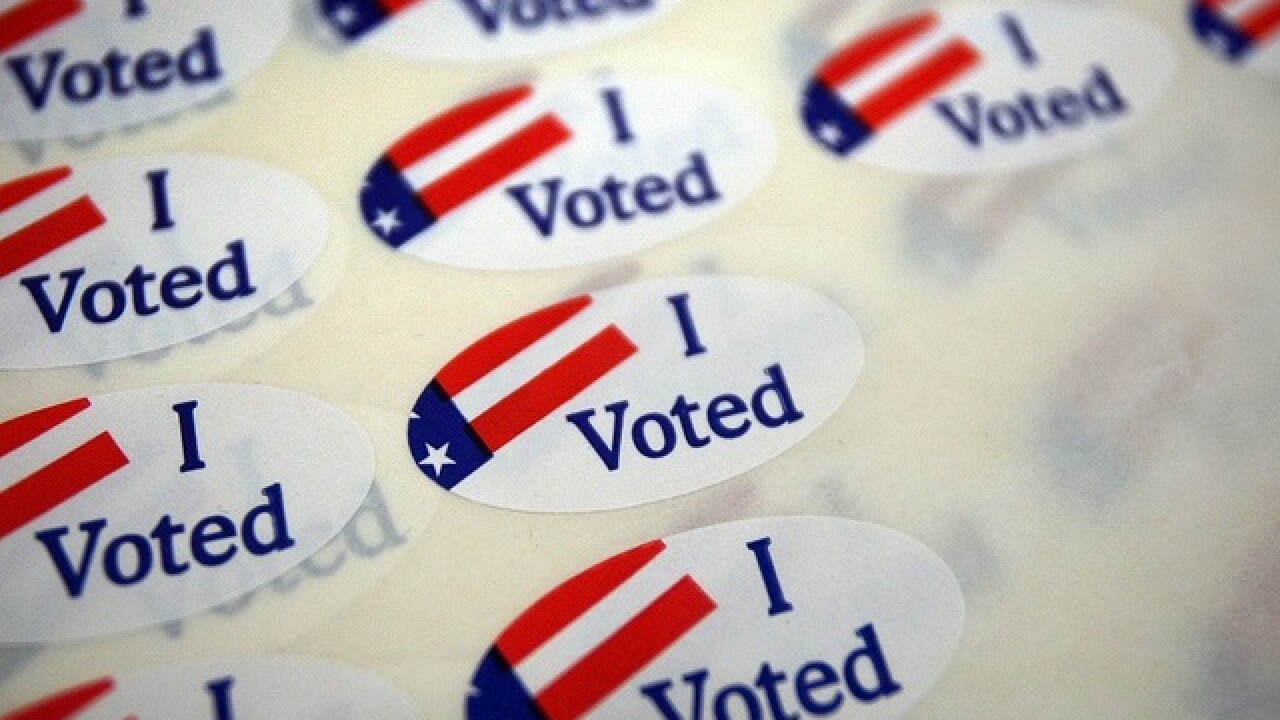 By: Associated Press
Posted at 11:42 PM, Oct 18, 2016
INDIANAPOLIS (AP) — Indiana's chief elections official said Tuesday that thousands of voter registrations were altered, raising concerns about possible fraud and prompting her office to warn voters to check whether their information is correct online and vote early to avoid problems on election day.
Secretary of State Connie Lawson said in a statement that Indiana's online voter registration database had not been hacked but records were changed on paper forms, online and at Bureau of Motor Vehicles offices.
"At this time, my office is not sure why these records were changed, but we have evaluated the Statewide Voter Registration System and have found no indication it has been compromised," said Lawson, a Republican.
The Indiana incident comes amid heightened scrutiny of voting systems ahead of the general election on Nov. 8. The Department of Homeland Security has warned states of attempts to hack election systems and Republican presidential candidate Donald Trump has repeatedly said at rallies that the election could be rigged, without providing any evidence. Elections experts say cases of election fraud have been rare in the past.
In addition to the presidential vote, Indiana has two fiercely-contested statewide races to replace Gov. Mike Pence, who became Trump's running mate, and to succeed retiring U.S. Senator Dan Coats.
The Indiana voter registration problem surfaced when voters contacted the Secretary of State's office after discovering through the online system voters can use to check their registration status that their dates of birth or first names were incorrect, the office said. That prompted the office to run a report in the statewide system and it found that thousands of registrations had been altered. The office declined to provide a more precise number.
All of those who contacted the office after discovering changes had voted in Indiana's May primary, Lawson's office said.
The information collected on the altered registrations has been turned over to Indiana State Police, which already was conducting a separate investigation of possible voter registration fraud in 56 counties, said Valerie Warycha, a spokeswoman for Lawson.
That investigation focuses on Washington, D.C.-based voter mobilization group, Patriot Majority USA, which denies any wrongdoing and says it is being targeted for political reasons.
State Police are investigating whether some voter registrations applications submitted by the group were forged, or other possible fraud. State Police spokesman Capt. Dave Bursten has said investigators found "a number of applications" with signatures apparently written in the same person's handwriting.
Bursten said in a statement Tuesday that State Police only received information late Monday from the Secretary of State's office about the changes in first names and/or dates of birth "and will investigate to see if there is a specific connection."
"What I can tell you at this moment is the changing of a first name and/or date of birth is consistent with what we are seeing on a number of voter registration applications submitted by" Patriot Majority USA's Indiana Voter Registration Project, he said.
Attorneys for the group asked the U.S. Department of Justice's Civil Rights division earlier this month to look into whether the State Police investigation is an attempt to suppress the votes of black residents.
The group is headed by longtime Democratic strategist Craig Varoga, who says some voter registration applications the group submitted to county clerk's offices were missing information, but none were fraudulent.
The secretary of state's office said voters who participated in the primary and can no longer find their registrations on Indianavoters.com should contact their county election officials. The county election offices may be able to find a voter's record if there is an issue with a voter's date of birth or first name.
The office said it is encouraging all voters to cast early ballots to ensure they will not encounter issues on election day.
If a registered voter does not check online in advance and shows up at the polls on Nov. 8, the person will be allowed to vote even if their record shows some incorrect information, Warycha said.
Julia Vaughn, the policy director for the nonpartisan government watchdog group Common Cause Indiana, said that before Lawson makes allegations of possible fraud her office "should make sure the voter file records haven't been altered through software snafus or human errors made by people in county or state agencies."
"There is almost no history of this kind of fraud here so her response helps to fuel irrational claims by Donald Trump and others that the election will be stolen through voter fraud," Vaughn said.
Copyright 2016 The Associated Press. All rights reserved. This material may not be published, broadcast, rewritten or redistributed.