'This series might not be right for you:' Netflix issues new warning over '13 Reasons Why' 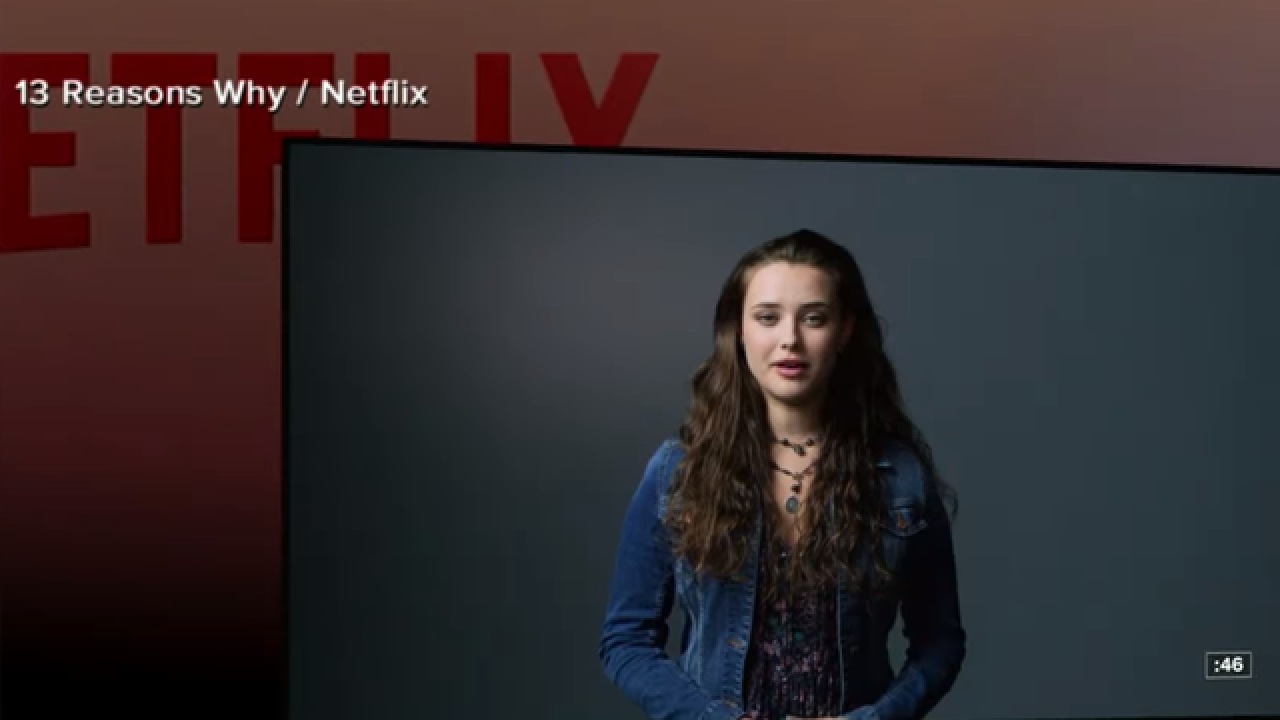 Netflix will run a new warning at the start of its original series "13 Reasons Why," about a teen who took her own life, advising viewers that “if you are struggling with these issues yourself, this series might not be right for you.”

“13 Reasons Why” has courted controversy since its release in March of last year, facing backlash from suicide prevention advocacy groups who say the program glamorizes suicide, the second leading cause of death among those ages 15 to 34, according to the U.S. Centers for Disease Control and Prevention.

The families of two different teens who both died by suicide in 2017 even say they felt the series triggered their teenagers' decisions to take their own lives.

The 13-part series, set in the San Francisco area, focuses on 17-year-old Hannah Baker, a high school student who takes her own life and leaves behind audio recordings for 13 people whom she blamed for playing a part in her decision to kill herself.

7 students kill themselves; school removes '13 Reasons Why' book from library

"By shedding a light on these difficult topics, we hope our show can help start a conversation, but if you are struggling with these issues yourself, this series might not be right for you, or you may want to watch it with a trusted adult," the new message at the start of the program, recited by the series' starring actors, states.

It continues: "And if you ever feel you need someone to talk with, reach out to a parent, friend, school counselor or adult you trust, or visit 13reasonswhy.info because the minute you start talking about it, it gets easier."

Actress and singer Selena Gomez, an executive producer, has said that her intent for “13 Reasons Why” was to help teens who were struggling.

“We wanted to do in a way where it was honest and we wanted to make something that can hopefully help people because suicide should never ever be an option,” Gomez said during the show’s first season.

Some school districts last year took the step of sending letters to parents warning them about what their children may be watching on “13 Reasons Why.”

“While the show is fictional, the series is extremely graphic, including several rape scenes, and raises significant concerns about the emotional safety of those watching it,” reads part of a letter sent last April to parents of public school students in Montclair, New Jersey.

The National Association of School Psychologists also responded to the show by posting a “13 Reasons Why” guide on its website as a resource for educators and parents.

Dr. Christine Moutier, a psychiatrist, chief medical officer for the American Foundation for Suicide Prevention (AFSP) in New York City, told ABC News last year that she recommends only children older than age 11 watch “13 Reasons Why." Beyond that age limit, she recommends parents decide what is best for their own kids.

“If a child is someone with known suicide risks and vulnerability, then I think for those youth, and adults frankly, there’s just not a lot of upside of exposing them,” she said. “It really does depend on the individual.”

In response to the new warning from Netflix, one leading advocate for suicide prevention told ABC News it is a step in the right direction, but “more needs to be done.”

“More educational programming and content that shows that help is available, that recovery is possible,” said Dan Reidenberg, the executive director for Suicide Awareness Voices of Education, a nonprofit group with the mission of suicide prevention.

Netflix has not yet issued an official release date for the upcoming second season of "13 Reasons Why."

The second season will feature an after show, “Beyond the Reasons,” that will play after the show’s 13th and final episode to continue the conversation with cast members, experts and producers, according to Netflix.