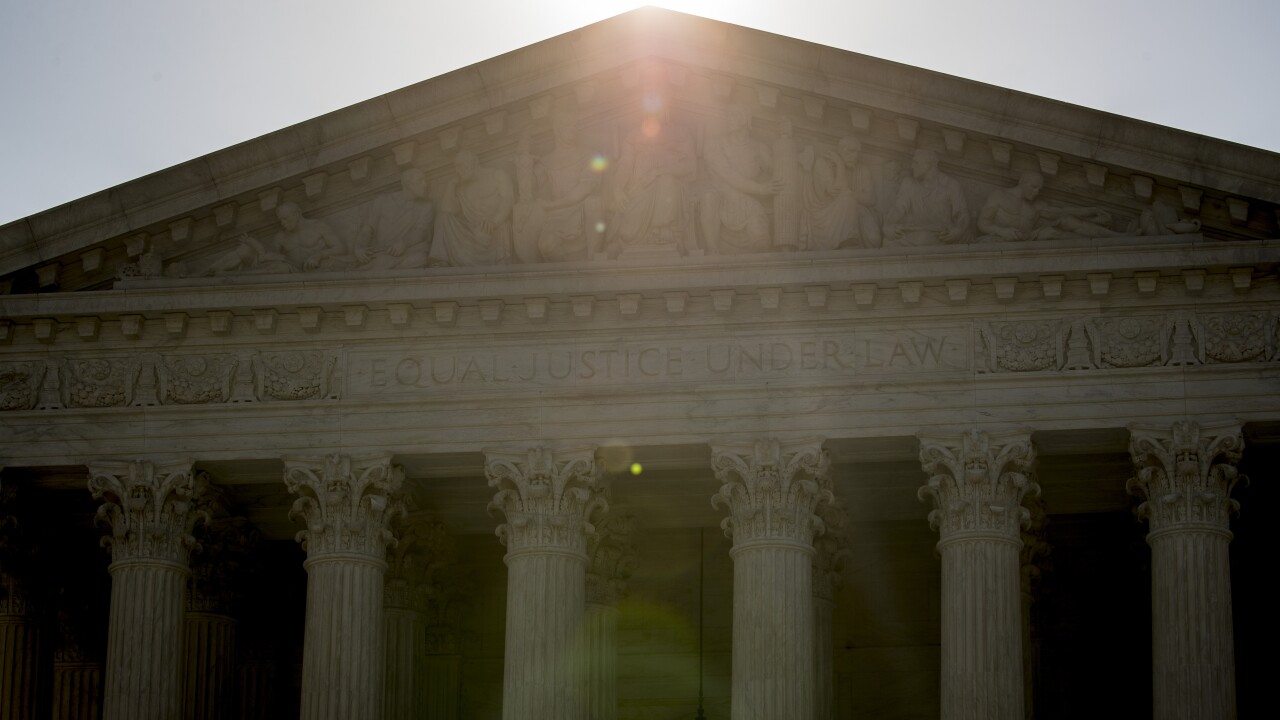 WASHINGTON, D.C. – This year has been a historic one for the U.S. Supreme Court. Not only did the justices rule on several important cases with far-reaching consequences, but they’ve done a majority of their work virtually due to the ongoing COVID-19 pandemic.

The justices released the last of their opinions on Thursday. Catch up on some of the most significant rulings from the term:

On Thursday, July 9, the court made rulings in two separate cases regarding President Donald Trump’s tax returns and other financial records.

The first decision was a blow to Trump. Justices ruled that New York prosecutors could see the financial documents as part of a criminal investigation that includes hush-money to women who claim they had affairs with Trump.

But in the second case, the court ruled that Congress could not obtain many of the same records, at least for now. The case will be returned to the lower courts, which will consider separation of powers concerns.

In the end, the decisions mean the records will likely remain shielded from the public until after the election, or perhaps infinitely.

On Thursday, July 9, the court ruled that nearly half of the state of Oklahoma falls within an Indian reservation, including much of Tulsa.

The case revolved around a Native American man who argued that state courts didn’t have authorities to try him for crime committed on the lands of Muscogee (Creek) Nation.

Justices agreed that Oklahoma prosecutors lack the authorities to pursue criminal cases in the large chunk of the state that remains a Native America reservation.

“Today we are asked whether the land these treaties promised remains an Indian reservation for purposes of federal criminal law,” Justice Neil Gorsuch wrote. “Because Congress has not said otherwise, we hold the government to its word.”

The justices expanded the "ministerial exception," siding with a California Catholic school that did not renew the contracts of two teachers.

Writing for the majority, Justice Samuel Alito said "state interference" in religious education would violate the free exercise of religion guaranteed by the First Amendment.

On Wednesday, July 8, the court upheld a Trump administration regulation that lets some employers refuse to provide free contraceptive coverage on religious or moral grounds.

A provision in the Affordable Care Act mandated that most employers provide cost-free coverage for contraception, but the current administration moved to end that requirement.

On Monday, July 6, the court ruled that states can require presidential electors to back their states’ popular vote winner in the Electoral College.

The ruling upholds laws across the country, like in Colorado and Washington, that remove or punish delegates who refuse to cast their votes for the presidential candidate they were pledged to support.

In states without such penalties, electors remain free to change their votes.

“The Constitution’s text and the nation’s history both support allowing a state to enforce an elector’s pledge to support his party’s nominee — and the state voters’ choice — for president,” Justice Kagan wrote in the opinion.

On Tuesday, June 30, the court ruled that states can’t cut religious schools out of programs that send public money to private education.

The case involved parents in Montana who sought to use a state scholarship program to send their children to religious schools.

"A State need not subsidize private education. But once a State decides to do so, it cannot disqualify some private schools solely because they are religious," Roberts wrote in the majority opinion.

On Monday, June 29, the court struck down a Louisiana law that regulated abortion clinics.

Justices ruled that law, which requires doctors who perform abortions to have admitting privileges at nearby hospital, violates abortion rights established in the Roe v. Wade decision.

If the court would have upheld the law, Louisiana would have been left with only one abortion clinic in the state. The court struck down a nearly identical law out of Texas in 2016.

The ruling was a major setback for conservatives hoping that the court would sustain abortion restrictions and eventually overrule Roe v. Wade.

On Thursday, June 18, the court ruled that the Trump administration may not proceed with its plan to end legal protections for 650,000 young immigrants, known as Dreamers.

Roberts joined the court’s four more liberal justices in upholding the Differed Action for Childhood Arrivals (DACA) program, but the chief justice said the decision was based on procedural issues and that Trump could try again to end protections.

Former President Barack Obama established DACA through an executive order in 2012. The program allows undocumented immigrants, many who were brought to the U.S. as children, to continue working in America.

Given Trump’s anti-immigrant rhetoric during his 2016 campaign and the restrictions the White House has imposed since then, the president is expected to use the court’s decision to elevate immigration issues in his bid for reelection.

On Monday, June 15, the LGBTQ community celebrated a historic ruling from the court. Justices ruled that the 1964 Civil Rights Acts protects gay, lesbian and transgender employees from discrimination based on sex.

“An employer who fires an individual merely for being gay or transgender defies the law,” wrote Trump’s first appointee Neil Gorsuch in the majority opinion.

Until the ruling, it was legal in more than half of the states to fire workers for being gay, bisexual or transgender.