The 6 creepiest places on Earth 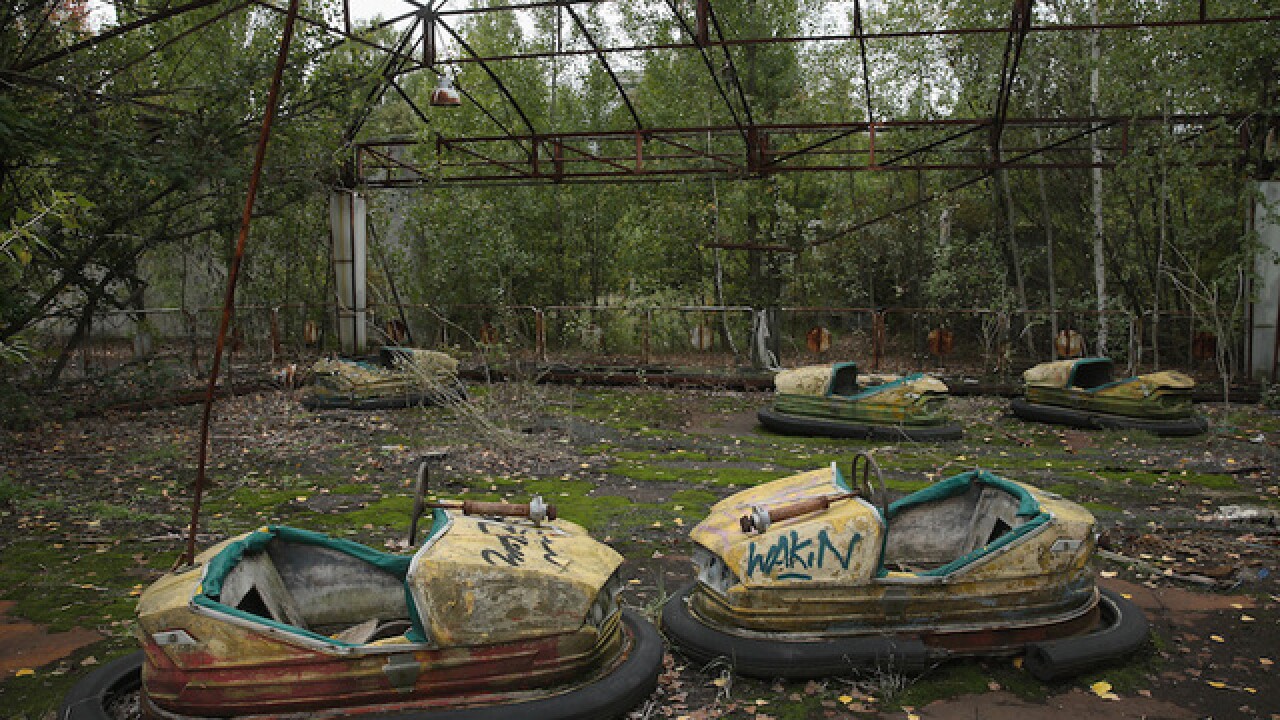 Sean Gallup
<p>Bumper cars stand in an abandoned amusement park on September 29, 2015 in Pripyat, Ukraine. Pripyat lies only a few kilometers from the former Chernobyl nuclear power plant and was built in the 1970s to house the plant's workers and their families.</p>

It doesn't matter whether or not you believe in ghosts, there are some places in which none of us would want to spend a night. These places have well earned their reputations as being so creepy, tragic or mysterious (or all three) that they definitely qualify as "haunted."

Aokigahara is a woodland at the base of Mount Fuji in Japan that makes "The Blair Witch Project" forest look like Winnie the Pooh's Hundred Acre Wood. It probably has something to do with all the dead bodies scattered around.

What Niagara Falls is to weddings, Aokigahara is to suicide. How many suicides does it takes for a place to get that reputation? A dozen? Fifty?

More than 500 people have taken their own lives in Aokigahara since the 1950s.

The trend has supposedly started after Seicho Matsumoto published his novel "Kuroi Kaiju" (Black Sea of Trees) where two of his characters commit suicide there. After that — always eager to prove they are bizarrely susceptible to suggestion — hundreds of Japanese people have hanged themselves among the countless trees of the Aokigahara forest, which is reportedly so thick that even in high noon it's not hard to find places completely surrounded by darkness.

Located near Scotland's charming little village of Milton in the peaceful burgh of Dumbarton, the Overtoun Bridge is a local arch construction where no human beings have ever died in any suspicious circumstances whatsoever over the last few decades.

However, during that span, for reasons we can't begin to possibly understand, hundreds and hundreds of dogs have killed themselves there. It appears that dogs have been plunging off of Overtoun since the early 1960s, at a rate of one animal a month ... bringing the total number today to around 600 mutts, who for some reason, decided to end it all.

And we're not talking about a series of unfortunate accidents that could have been avoided with a simple guard rail. Some people have reportedly witnessed the dogs willingly climbing the parapet wall and leaping to their doom with dumb doggy grins on their faces. Whether they were crying blood remains to be confirmed.

Theories on why is this happening have been all over the place, from particularly aromatic rodents to a simple stream of bizarre coincidences. We call bull on both, seeing as — to paraphrase Ian Fleming — "Once is happenstance, twice is coincidence, three times is enemy action and over 600 is clearly the work of an ancient Sumerian demon or some s**t."

In San Jose there is this house. It is a gigantic, sprawling 160-room complex designed like a maze, with mile-long hallways, secret passages, dead ends, doors opening to blank walls and staircases leading to the ceiling.

It's the work of Sarah Winchester, heiress to the Winchester rifle fortune. In the late 19th century, deeply saddened over the death of her husband and daughter, she visited a Boston medium who told her she was haunted by the spirits of all the victims of Winchester rifles. She needed to make peace with them by ... always be building a house. As in, never stop building a house, or else she would die. What a nice thing to say to someone who has just lost her family. There is no way this could end with Sarah building a real life version of the "Addams Family" household.

In 1884, Winchester started construction of her new San Jose mansion, which went on non-stop for 38 years right until her death. Despite modern contractors taking about that much time to put in the wooden paneling in your kitchen, the Winchester mansion eventually grew so big you could, in all seriousness, get lost in it. And getting lost was the idea, the crazy twists and turns and dead ends were intended to confuse the ghosts. Sarah was kind of a jerk like that.