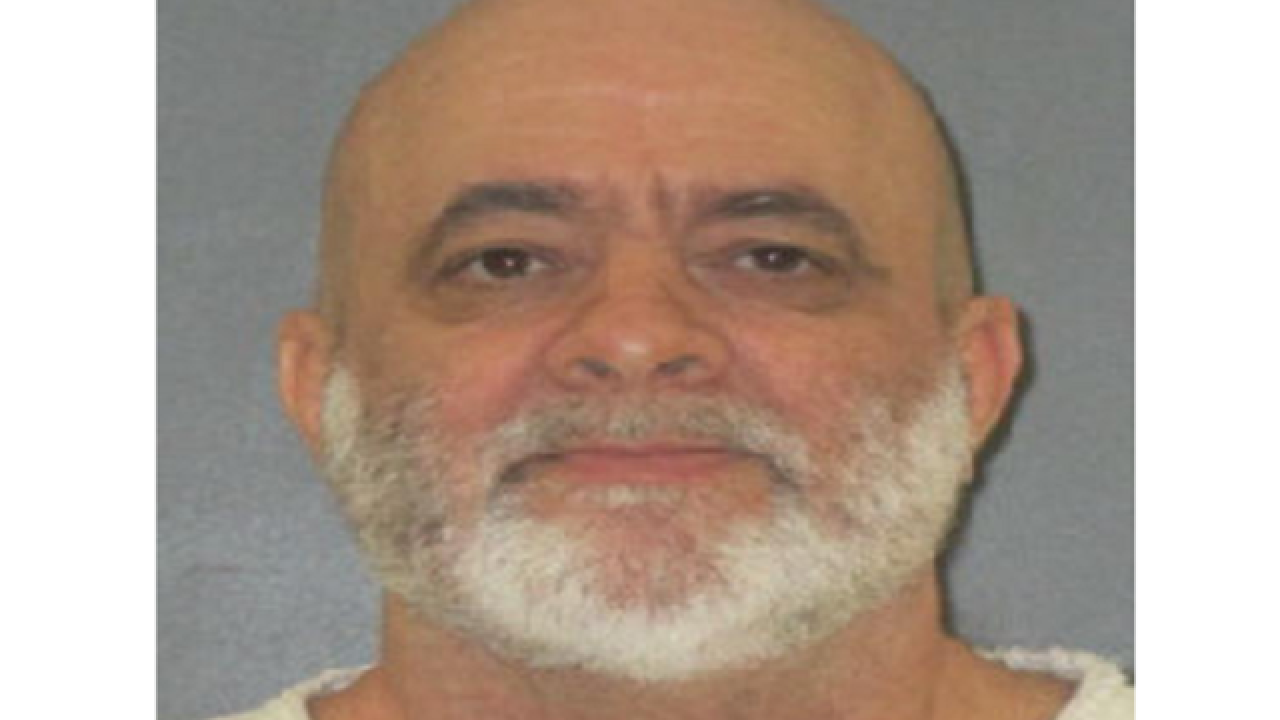 By: Associated Press
Posted at 2:06 AM, Oct 05, 2016
HUNTSVILLE, Texas (AP) — An East Texas man who pleaded guilty to killing a neighbor couple during a shooting rampage 13 years ago appeared headed for an execution Wednesday that he wanted.
Barney Fuller Jr. asked that all his appeals be dropped to expedite carrying out his death sentence.
Fuller, 58, would be the seventh convicted killer executed this year in Texas and the first in six months in the nation's most active capital punishment state. His execution would be only the 16th this year nationally, a downturn fueled by fewer death sentences overall, courts halting scheduled executions for additional reviews, and some death penalty states encountering difficulties obtaining drugs for lethal injections.
Fuller surrendered peacefully at his home outside Lovelady, about 100 miles north of Houston, after a middle-of-the-night shooting frenzy in May 2003 that left his neighbors, Nathan Copeland, 43, and Copeland's wife, Annette, 39, dead inside their rural home. The couple's 14-year-old son survived two gunshot wounds, and their 10-year-old daughter escaped injury because Fuller couldn't turn the light on in her bedroom.
Court records show Fuller, armed with a shotgun, semi-automatic carbine and a pistol, fired 59 shots before barging into the Copeland home and opening fire again. The attack culminated a 2-year-old dispute over Fuller's being charged with making a threatening phone call to Annette Copeland.
Fuller pleaded guilty to capital murder. He declined to be in the courtroom at his July 2004 trial and asked that the trial's punishment phase go on without his presence. He didn't return to the courtroom until jurors returned with their death verdict.
Last year Fuller asked that nothing be done to prolong his time on death row.
"I do not want to go on living in this hell-hole," he wrote attorney Jason Cassel.
Fuller had no late change of heart, Cassel said Tuesday.
A federal judge in June ruled Fuller was competent to drop his appeals. Fuller had testified at a hearing that he was "ready to move on."
Fuller had irritated neighbors with his frequent gunfire and was summoned to court in 2003 to address a charge that he made a threatening phone call two years earlier after complaints he shot out an electrical transformer providing power to the Copelands' home.
"Happy New Year," he told Annette Copeland in the Jan. 1, 2001, call. "I'm going to kill you."
William House, one of Fuller's trial lawyers, said Fuller thought when he got a court notice "that they were stirring up some more stuff and he just kind of twisted off."
Court records showed he seethed over the court appearance and began drinking. Two nights later, he grabbed his guns and extra ammunition clips and went to the Copelands' home about 200 yards away.
House described Fuller, who declined from death row to speak with reporters, as "just a strange bird" who was "very adamant" about not attending his own murder trial.
"I think we did everything we were supposed to and did the best we could but didn't have a whole lot to work with," House said.
A sheriff's department dispatcher who took Annette Copeland's 911 call about 1:30 a.m. on May 14, 2003, heard a man say: "Party's over, bitch," followed by a popping sound. Annette Copeland was found with three bullet wounds to her head.
Cindy Garner, the former Houston County district attorney who prosecuted Fuller, described him as mean and without remorse.
"It's not a cheerful situation," she said of the execution. "I just regret that this little, plain, country, nice, sweet family — bless their heart — moved in next door."
Copyright 2016 The Associated Press. All rights reserved. This material may not be published, broadcast, rewritten or redistributed.