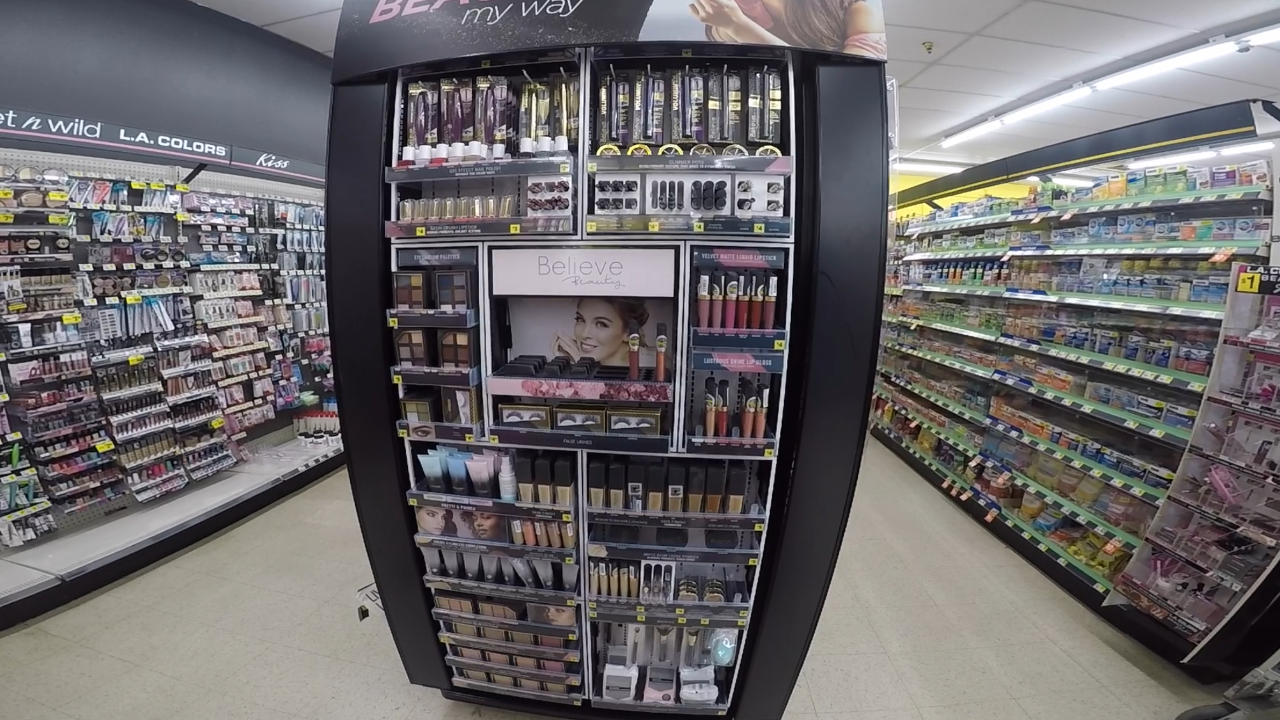 A new makeup line has hit store shelves, and it is very affordable!

The Dollar General has created its own line called Believe Beauty, and a majority of the products are under $5.

Consumer reporter Annie Taylor tested the makeup to see how it compares to the high-end lines and if it’s safe to use.

“In large concentrations, for example talc, if you inhale it, can cause lung disease,” says dermatologist Dr. Neina Dajani. “But in makeup and in small amounts, they are considered safe.”

There were also a lot of preservatives on the ingredient list.

“Preservatives come off as a bad thing, but it’s not,” Dr. Dajani says. “You don’t want bacteria and fungus growing in your makeup.”

“The difference is the packaging, the celebrity endorsements, and they may make sure they put more effort into the makeup going on more elegantly,” says Dr. Dajani. “The pigments are more high-end and the fragrance is more high-end, but the ingredients really are the same.”

When using the products, it took a little bit more blending and more product to get the makeup looking flawless on the skin, but ultimately, the end result looks similar to a high-end makeup look.

After eight hours of wearing, the makeup held up pretty well, according to consumer reporter Annie Taylor. The face got a bit oily throughout the day, but nothing out of the ordinary when wearing makeup.

Over all, Taylor gives the Dollar General makeup a B rating.