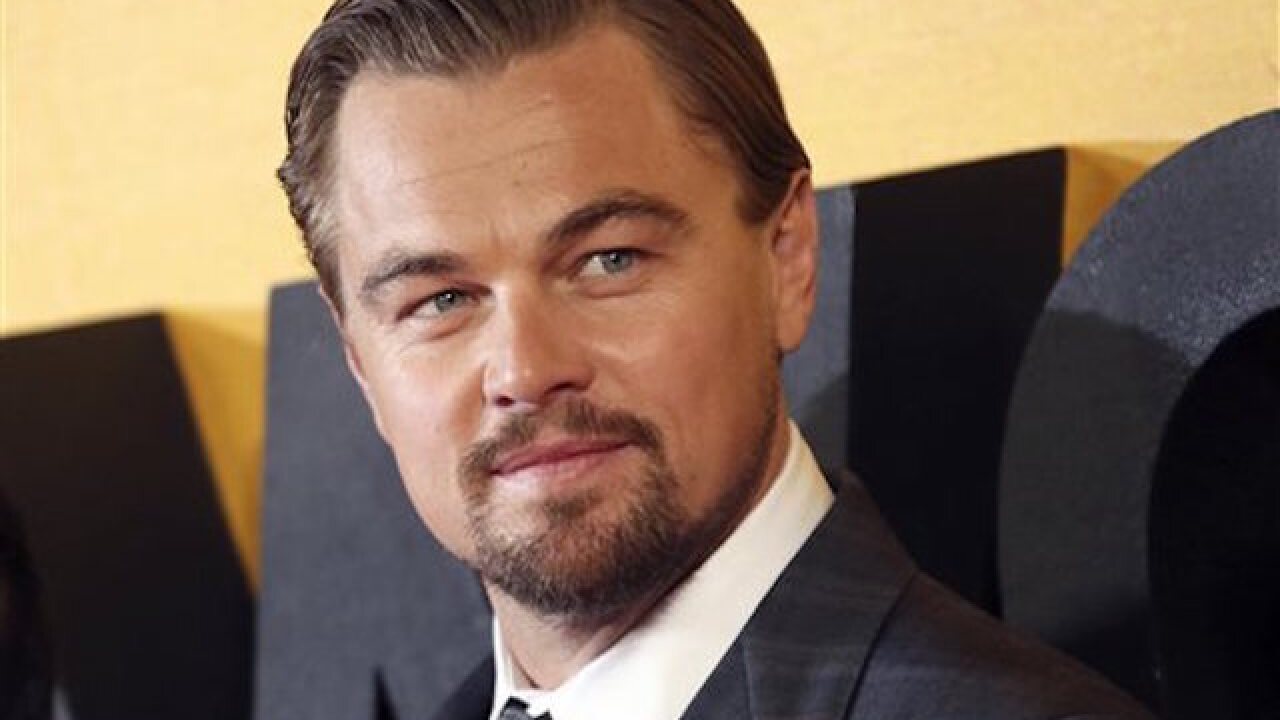 Copyright Associated Press
Joel Ryan
<p>In this Jan. 9, 2014, file photo, U.S actor Leonardo DiCaprio arrives for the London premiere of &quot;The Wolf Of Wall Street.&quot; A federal judge says DiCaprio can be questioned for litigation stemming from a lawsuit brought by Andrew Greene against Paramount Pictures Corp. and others in 2014 for the film. Greene contends that the portrayal of a character who engaged in illegal and morally questionable acts in the 2013 film defames him. He is seeking over $50 million. (Photo by Joel Ryan/Invision/AP)</p>

By: Associated Press
Posted at 9:59 PM, Oct 03, 2016
WASHINGTON (AP) — President Barack Obama and actor Leonardo DiCaprio teamed up on the White House South Lawn on Monday to sound a call for urgent action to combat climate change.
Obama told a crowd gathered for the "South by South Lawn" festival of technology and music that the world is in "a race against time" to combat climate change.
The president said the world gets an "incomplete" grade on its response to global warming so far, but he added that "the good news is we can still pass the test."
"I tend to be a cautious optimist about our ability to make change," Obama said.
Neither Donald Trump nor Hillary Clinton was mentioned in the discussion, but their presence was nonetheless felt.
DiCaprio, who recently completed a documentary film about climate change, told the White House crowd that he had timed the film to come out before the presidential election.
DeCaprio, who supports Hillary Clinton's campaign, said the scientific consensus about the dangers of climate change is in, and "the argument is now over."
He added: "If you do not believe in climate change, you do not believe in facts or in science. And therefore, in my humble opinion, you should not be allowed to hold public office."
Trump has repeatedly referred to climate change as a hoax.
DiCaprio's film, "Before the Flood," got its domestic premier on the White House lawn after his discussion with the president and climate scientist Katharine Hayhoe.
The "South by South Lawn" event was designed to replicate the vibe of the South by Southwest festival held annually in Austin, Texas.
It included panel discussions on topics such as "feeding the future" and "fixing real problems" as well as booths and vendors promoting everything from virtual reality technology to fake tattoos.
Tech blogger and entrepreneur Anil Dash said the South Lawn festival was a way to connect the dots between Austin's SXSW, with its ideas for changing the world, and the people who are "doing the actual work" to use technology to improve worker rights, civil rights and more.
The White House tech fest also featured a student film festival, a wall of art made of Post-Its, Lego statues, demonstrations on the science of food and using technology to help the disabled and lots of music. Among those performing: the Lumineers, Gallant, Black Alley and DJ Bev Bond.
Copyright 2016 The Associated Press. All rights reserved. This material may not be published, broadcast, rewritten or redistributed.