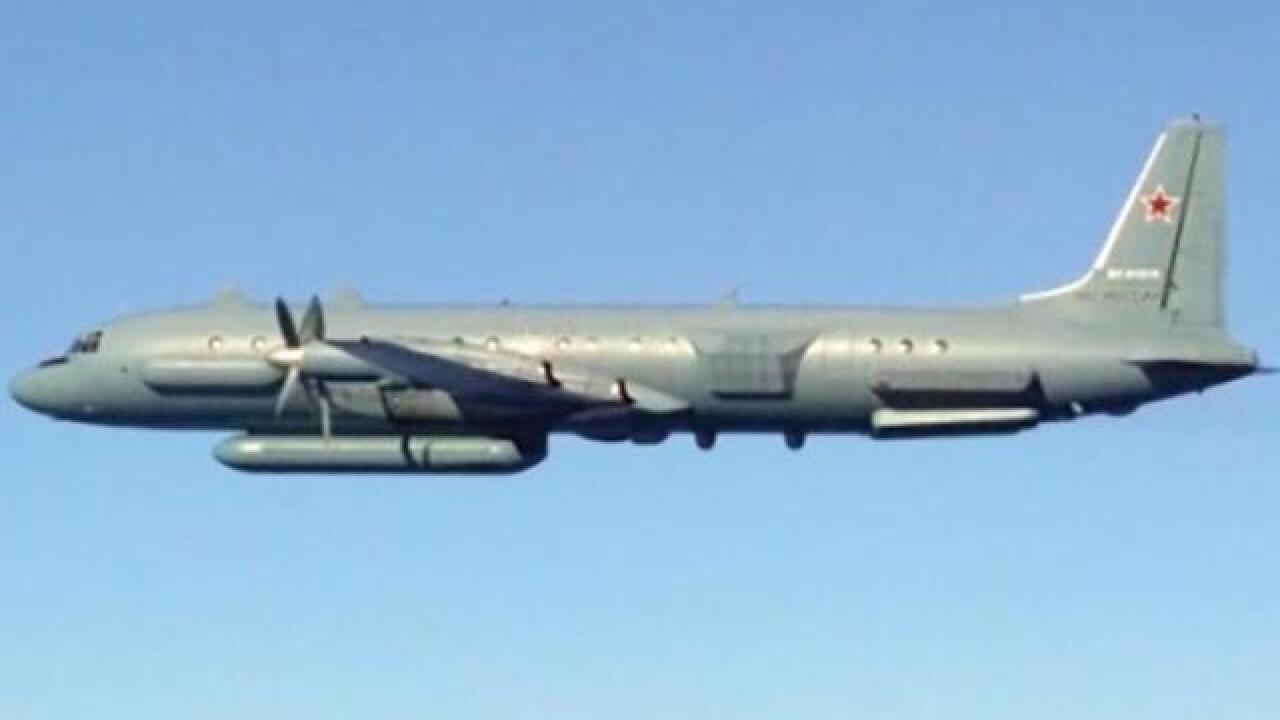 A Russian maritime patrol aircraft with multiple personnel on board was inadvertently shot down by Syrian regime anti-aircraft artillery on Monday after the Syrians came under attack by Israeli missiles, Moscow has confirmed.

The Russian military said Tuesday that while Syrian air defenses shot down the aircraft, Israel was to blame for putting it in the line of fire, Russian state news agency RIA-Novosti reported.

"As a result of the irresponsible actions of the Israeli military, 15 Russian servicemen were killed, which is absolutely not in keeping with the spirit of Russian-Israeli partnership," said Russian Maj. Gen. Igor Konashenkov, spokesperson for the Russian military, according to RIA-Novosti.

A US official with knowledge of the incident said Monday that the Syrians were trying to stop a barrage of Israeli missiles when the Russian aircraft was hit. A second official confirmed that Israel was responsible for the missile strikes on Syria.

An Israel Defense Forces spokesman declined to comment on the reports.

Russian state news agency TASS reported that a Russian IL-20 military aircraft disappeared over the Mediterranean on Monday. TASS, citing the Russian defense ministry, said the aircraft went off the radars during an attack by four Israeli F-16 aircraft on Syrian targets in the province of Latakia, where Russia has based much of its military presence, including aircraft.

The Russian military said Israel notified the Russian side about the planned operation only a minute in advance, and that Israeli controllers would have seen the Russian plane, which was coming in to land, RIA reported.

The US found out about the incident because Syrian forces broadcast an emergency search and rescue radio call on an international frequency. The US then got a direct message from another country about the type of aircraft and circumstances of the incident.

The US official with knowledge of the incident would not identify that country, but it is likely that Russia is the only nation that would know exactly what type of aircraft was shot down.

A spokesman for the Pentagon told CNN that the missiles were not fired by the US military but would not speak as to who was behind the strikes.

The aircraft was shot down by an anti-aircraft system the Russians sold to the Syrians several years ago, the US official said. The Syrian air defense network in western Syria is very densely populated with anti-aircraft missile and radar systems.

In February, the two-man crew of an Israeli F-16 ejected from their aircraft when a missile exploded near them, damaging their aircraft as they finished conducting a mission against Syrian forces.

An Israeli defense official told CNN earlier this month that Israel has struck Syria 200 times in the past 18 months to prevent the deployment of Iranian weapons in the region.

The incident occurred on the same day that Russia announced a joint agreement with Turkey to create a demilitarized zone in Syria's Idlib province, which neighbors Latakia, potentially thwarting a large-scale military operation and impending humanitarian disaster in the country's last rebel stronghold.

Speaking alongside Russian President Vladimir Putin at talks in Sochi on Monday, Turkey's President Recep Tayyip Erdogan said the creation of a 15-20 kilometer (approximately 9-12 miles) demilitarized zone will prevent a "humanitarian crisis" in the northwestern province.

All heavy military equipment tanks, ground-to-air missiles and mortars of all the opposition groups will be removed by October 10, the leaders said. The zone, which will be patrolled by Turkish and Russian military units, will become operational from October 15.

Erdogan described the agreement as a "solution" to the issues in the region.

In recent weeks, Syrian and Russian planes have conducted scores of airstrikes in Idlib in the run-up to an anticipated offensive by Russian-backed Syrian forces to retake the last part of the country under armed opposition.

Last week, UN officials said that more than 30,000 people fled the province in anticipation of the government offensive.