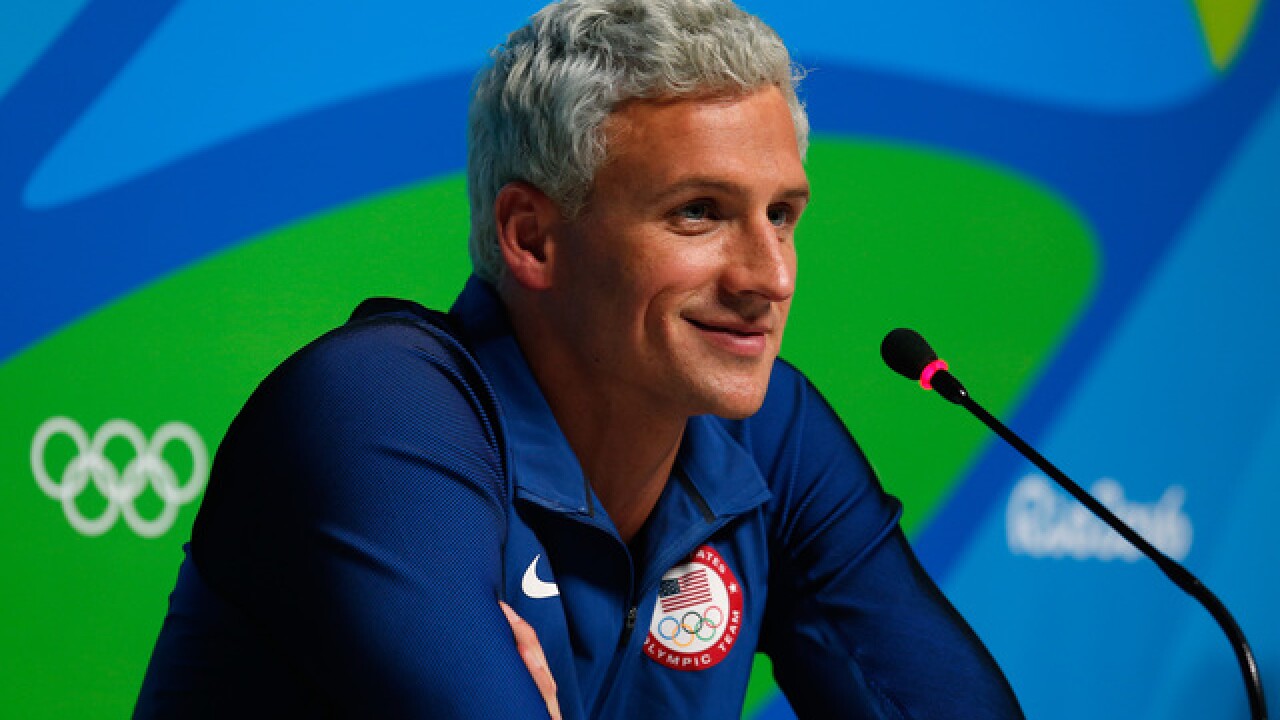 Ryan Lochte is banned from swimming through next June and will forfeit $100,000 in bonus money that went with his gold medal at the Olympics, part of the penalty for his drunken encounter at a gas station in Brazil during last month's games.

The U.S. Olympic Committee and USA Swimming announced the penalties Thursday. Lochte agreed to a ban that will also render him ineligible for world championships next July because he won't be able to qualify for them at nationals the previous month.

He'll get no monthly funding from either organization, can't access USOC training centers, must perform 20 hours of community service and will miss Team USA's post-Olympics trip to the White House.

Agreeing to four-month suspensions were Gunnar Bentz, Jack Conger and Jimmy Feigen, who were with Lochte at the gas station. Those sanctions, which end Dec. 31, also strip funding and training access and preclude them from the White House visit.

Bentz, 20, will also serve 10 hours of community service for violating a curfew rule for athletes under 21.

"As we have said previously, the behavior of these athletes was not acceptable. It unfairly maligned our hosts and diverted attention away from the historic achievements of Team USA," USOC CEO Scott Blackmun said. "Each of the athletes has accepted responsibility for his actions and accepted the appropriate sanctions."

The USOC gives a $25,000 bonus to Olympic gold-medal winners, and USA Swimming has awarded a $75,000 gold-medal bonus at past Olympics.

But that money pales in comparison to what Lochte lost last month when key sponsors , including Speedo USA and Ralph Lauren, abandoned the 32-year-old in the wake of his actions at the gas station, then his rapidly changing accounts of what really happened. Estimates have put the financial hit for those losses at around $1 million.

While the near-10-month suspension is four months longer than the one Michael Phelps received in 2014 for his second DUI, the ouster from next year's world championships isn't considered major, in part because those championships typically attract a lesser field in the year after the Olympics.

Despite his embarrassment, Lochte has maintained a high profile, posting regularly on social media and accepting a spot on the upcoming season of "Dancing With The Stars."

Last month, Brazilian police charged Lochte with filing a false robbery report, but Lochte has not said whether he'll return to Brazil to defend himself.

Lochte's gold in the 4x200 freestyle relay was one of 121 overall medals the United States won at the Olympics, yet his actions at the gas station overshadowed a large portion of the second half of the Olympics.

The International Olympic Committee's ethics commission is also looking into the incident.

"When Code of Conduct infractions occur, it's our responsibility to take action that reflects the seriousness of what happened," USA Swimming executive director Chuck Wielgus said. "Unfortunately, this story line took attention away from the athletes who deserved it the most."