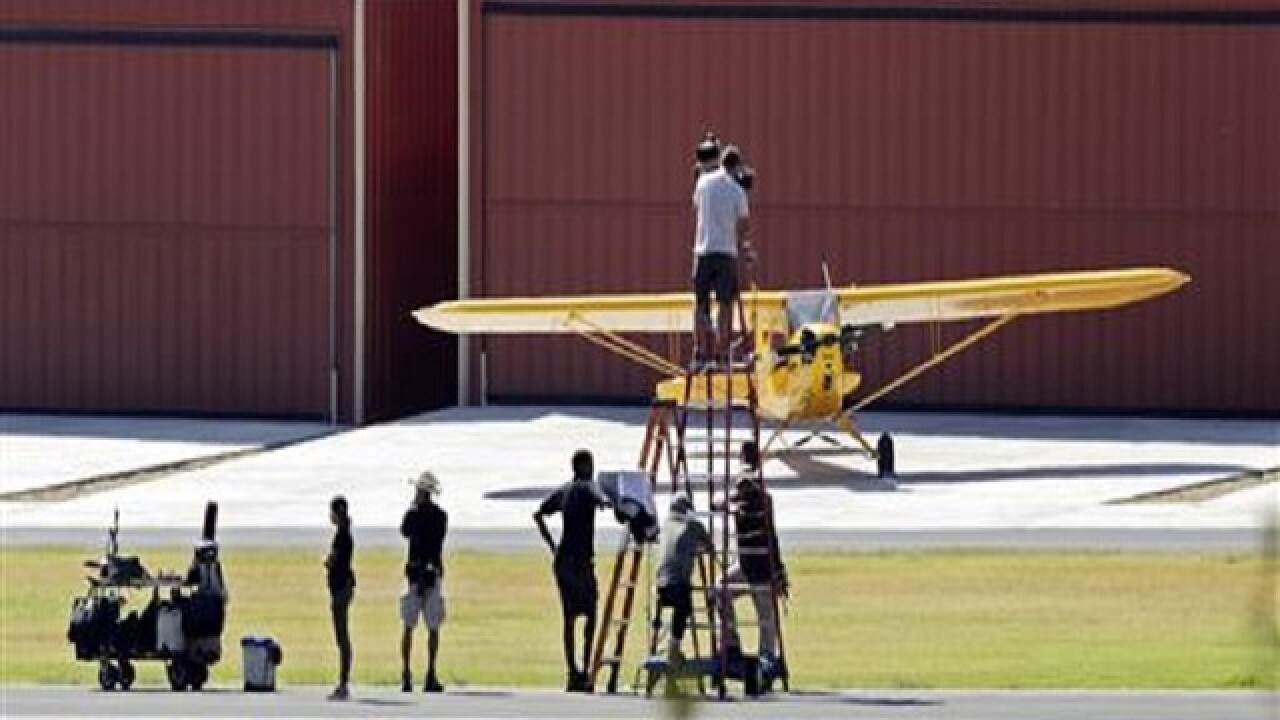 LOS ANGELES (AP) — Fire officials say a stuntman was seriously injured Wednesday when he was pinned underneath a vehicle while filming at a rural airport in northern Los Angeles County.
Los Angeles County Fire Inspector Richard Licon said the man was flown from the scene with major injuries from the accident, which happened around 12:10 p.m. at the Agua Dulce Airpark.
The airport was being used Wednesday for the upcoming television drama "Shooter," which is a Paramount Pictures production. It is a TV adaptation of a 2007 film with the same name and a best-selling novel, "Point of Impact."
A film permit describing the shoot stated there would be shots of vehicles driving around the airport and a stunt shootout and fight scene. It is unclear at what point in the production the accident occurred.
A Paramount spokeswoman did not return an email seeking comment. The show is slated to star actors Ryan Phillippe and Omar Epps.
No additional details on the man's injuries were available.
Sheriff's officials said any probe would be handled by Cal/OSHA, which investigates work-related injuries.
Copyright 2016 The Associated Press. All rights reserved. This material may not be published, broadcast, rewritten or redistributed.