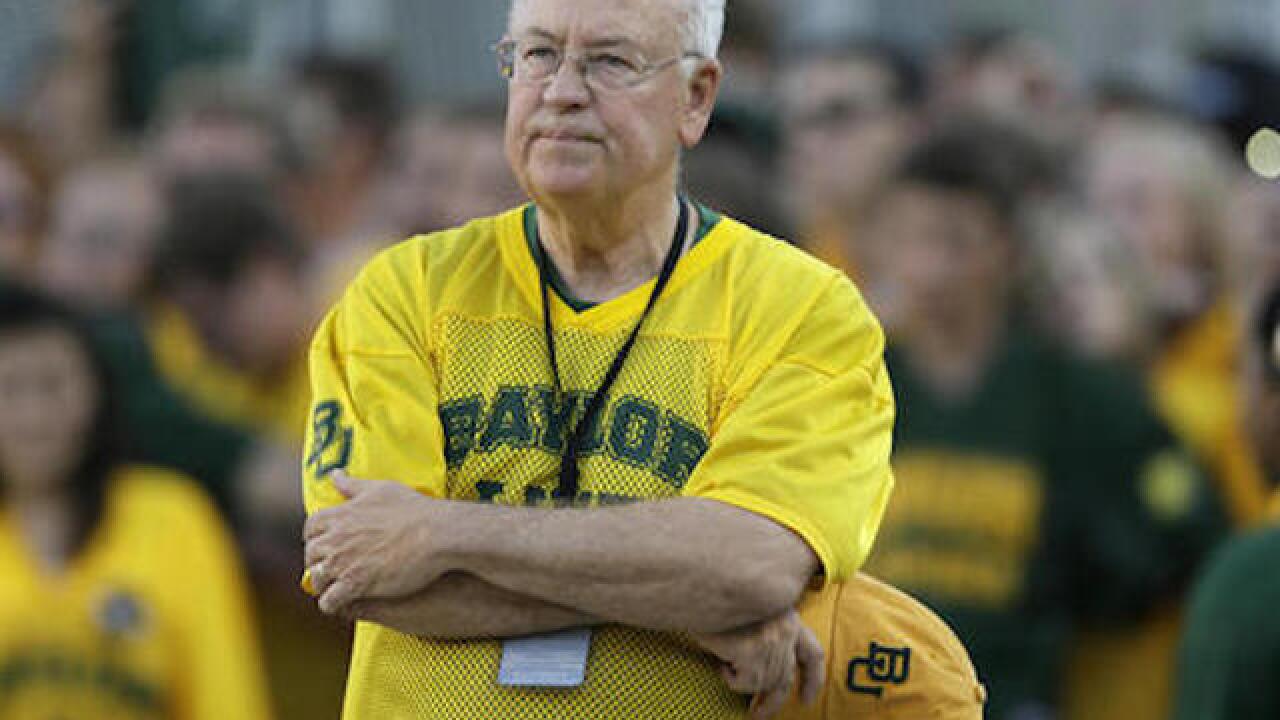 Copyright Associated Press
LM Otero
<p>In the Sept. 12, 2015, file photo, Baylor President Ken Starr waits to run onto the field before an NCAA college football game in Waco, Texas. The former Baylor president is resigning his post as a law school professor, severing ties with the faith-based campus still reeling from a sexual assault scandal. Baylor said in a statement Friday, Aug. 19, 2016, that Starr "will be leaving his faculty status and tenure" in a separation that was mutually agreed upon. (AP Photo/LM Otero, File)</p>

Starr lost his job as president and chancellor in May amid a scandal involving the school's vaunted football team that also ousted coach Art Briles.

Baylor said in a joint statement issued with Starr that he "will be leaving his faculty status and tenure" with the law school in a separation that was mutually agreed upon. It was Starr's last Baylor post.

"Baylor wishes Judge Ken Starr well in his future endeavors," the statement said. "Judge Starr expresses his thanks to the Baylor family for the opportunity to serve as president and chancellor and is grateful for his time with the exceptional students of Baylor University who will lead and serve around the world."

He was removed as president of the nation's largest Baptist university, after a scathing review found that, under his leadership, the school did little to respond to accusations of sexual assault involving football players.

Among the firm's findings was that football coaches and athletics administrators at the school in the central Texas city of Waco had run their own improper investigations into rape claims and that in some cases they chose not to report such allegations to an administrator outside of athletics.

By running their own "untrained" investigations and meeting directly with a complainant, football staff "improperly discredited" complainants' claims and "denied them a right to a fair, impartial and informed investigation."

The report also found that Baylor was too slow to enact federally required student-conduct processes, and that administrators failed to identify and eliminate a "potential hostile environment" for victims.