'Smartphone blindness' — what it is and how to avoid it 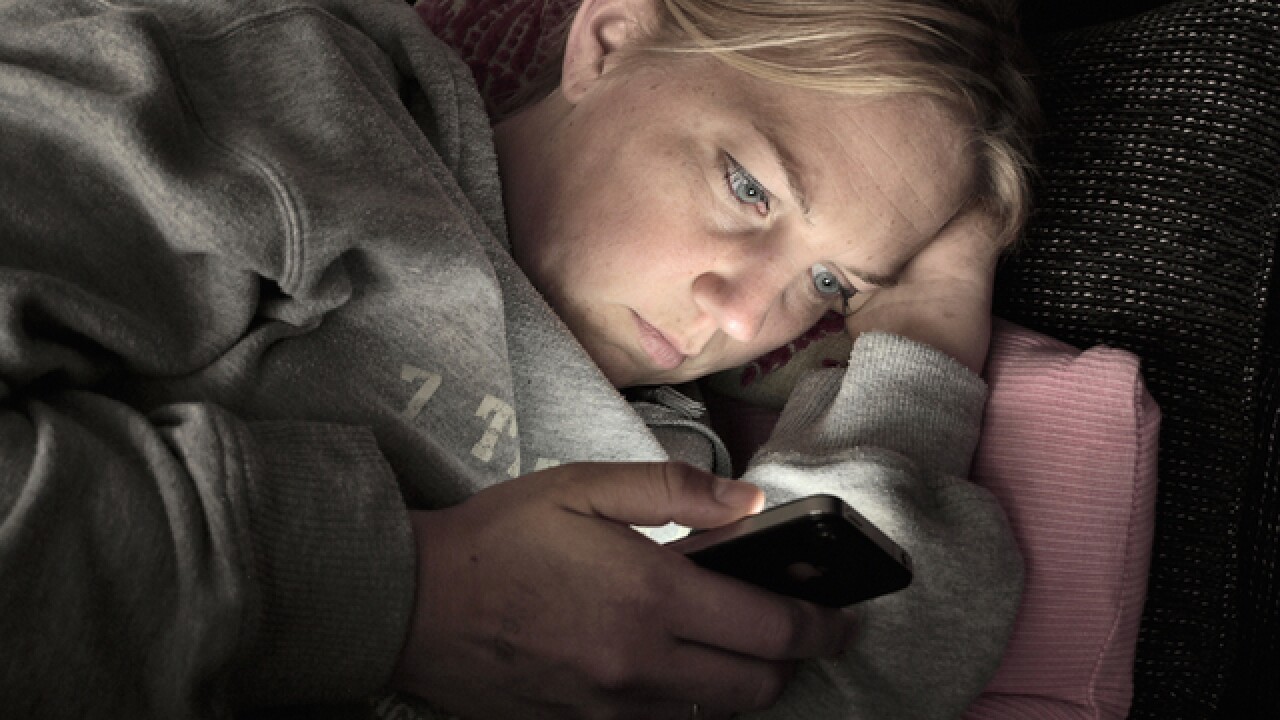 Smartphone users can now add so-called "smartphone blindness" to the list of ailments that can accompany technology overuse — in addition to questionable parenting, blood clots and disrupted sleep cycles.

In a recent study from the New England Journal of Medicine, doctors studied two cases of women who reported impaired vision as a direct result of smartphone use — and they predicted physicians will likely see more cases like them in the years to come.

Although dubbed smartphone "blindness," the researchers stated in the study's findings that the vision impairment was temporary. In the study, a 22-year-old and a 40-year old woman each separately presented with reports of vision loss. The 22-year-old woman reported recurring instances of night vision loss in one eye over a period of months, while the other woman reported a similar problem upon waking up in the morning.

Both women, researchers soon learned, reported using their smartphones while lying on their sides in bed.

After a battery of medical tests, doctors concluded that the women had inadvertantly "bleached" one of their eyes with screen light more than the other because of their position in bed. The result was that one eye was becoming light-adapted while the other was becoming acclimated to the dark of the room before the women fell asleep.

While they were the lone subjects of the study, researchers also think these two women will not be the last to seek medical help for recurring "blindness."

"Smartphones are now used nearly around the clock, and manufacturers are producing screens with increased brightness to offset background ambient luminance and thereby allow easy reading," the study read. "Hence, presentations such as we describe are likely to become more frequent."

The cure is simple, experts say: Limit screen time and phone usage as much as possible, taking breaks from the screen during the day and avoiding bringing the phone to bed. If you must read your phone in bed, at least try to do it with a light on, preferably not favoring one side of the face.

"Smartphones are fun, but when they start detracting from our lives and our interactions with actual human beings, it’s probably time to dial it back," Alice G. Walton wrote for Forbes.