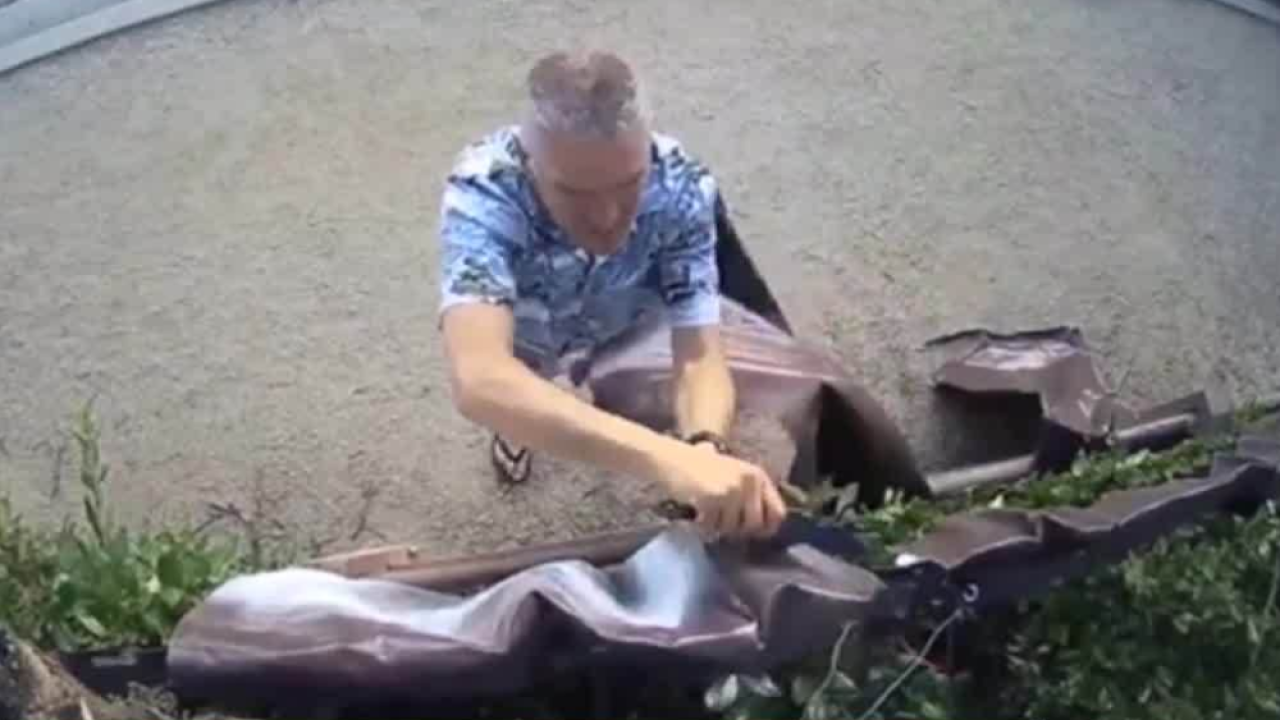 County employees in southern California have been arrested for allegedly damaging a Black Lives Matter sign that was displayed on private property in the city of Thousand Oaks.

The homeowner installed a surveillance camera and captured several instances of people damaging and trying to remove the sign, which is a tarp along a fence with the letters "BLM" on it.

Authorities said they recognized one of the vandals after the homeowner posted surveillance video on social media, according to the LA Times.

Three people so far have been arrested, including Darin Stone, a sheriff's office employee in a non-sworn-in position. He was allegedly seen slashing the sign in two separate incidents while off-duty.

Stone received a misdemeanor citation and was placed on administrative leave.

Craig Anderson, an investigative assistant in the Ventura County DA's office was cited for vandalism. He resigned from his position.

A third man, Jeffrey Moore, has also been arrested in connection with damaging the sign.

This story originally reported by Anthony Wright at turnto23.com.