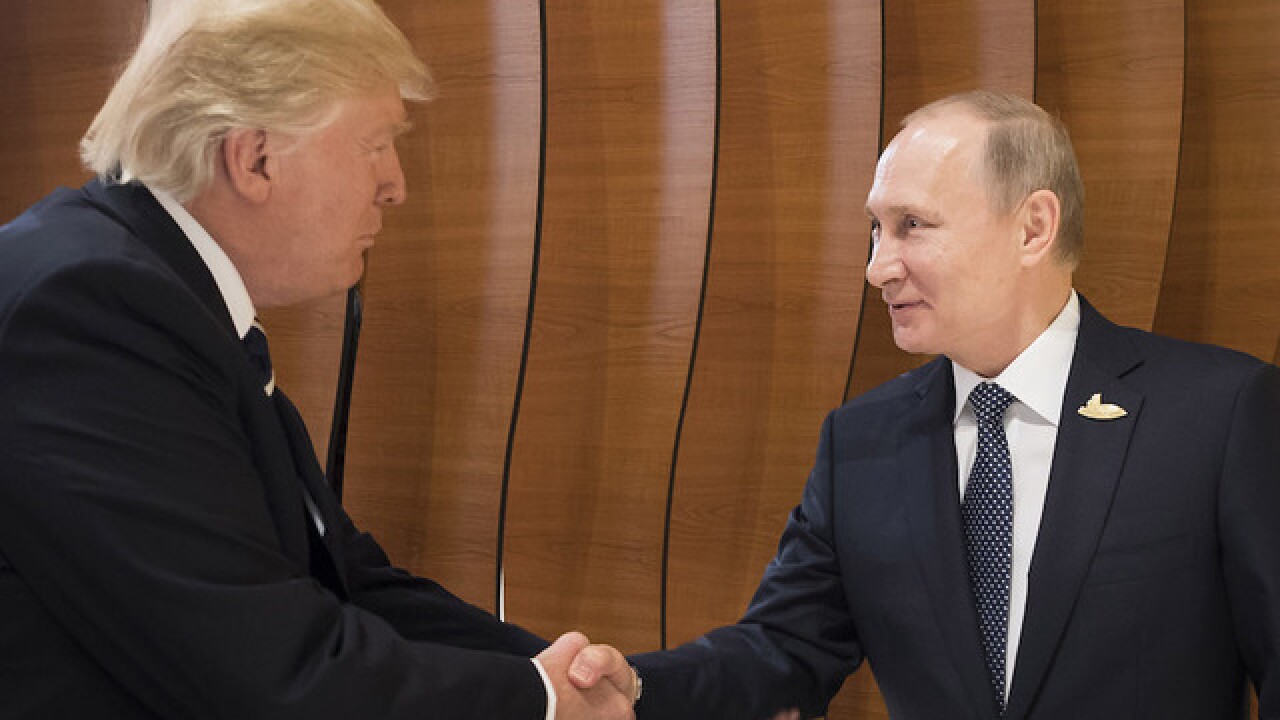 Copyright Getty Images
Handout
<p>HAMBURG, GERMANY - JULY 07: In this photo provided by the German Government Press Office (BPA) Donald Trump, President of the USA (left), meets Vladimir Putin, President of Russia (right), at the opening of the G20 summit on July 7, 2017 in Hamburg, Germany. The G20 group of nations are meeting July 7-8 and major topics will include climate change and migration. (Photo by Steffen Kugler /BPA via Getty Images)</p>

"There is no doubt that Russia undertook an unprecedented effort to interfere with our 2016 election," Senate Intelligence Chairman Richard Burr, a North Carolina Republican, said in a statement. "Committee staff have spent 14 months reviewing the sources, tradecraft, and analytic work, and we see no reason to dispute the conclusions."

The top Democrat on the committee, Sen. Mark Warner of Virginia, said that "after a thorough review, our staff concluded that the ICA conclusions were accurate and on point. The Russian effort was extensive, sophisticated and ordered by President Putin himself for the purpose of helping Donald Trump and hurting Hilary Clinton."

The joint statement comes after former director of the National Security Agency Michael Rogers, former CIA Director John Brennan and former Director of National Intelligence James Clapper sat down with the committee in a closed hearing Wednesday morning about the 2017 assessment.

The House Republican report alleges there were "significant intelligence tradecraft failings" in that assessment from the intelligence community, which they argue "undermine confidence" in the conclusions about Putin's objectives in the 2016 election. The Republicans argued that the draft of the assessment on that point was "subjected to an unusually constrained review and coordination process."

Last week, Burr signaled his committee would break with the House Republicans. When asked about the House findings, he said: "Well, I'm not sure the House was required to substantiate every conclusion with facts."

"We may have different opinions," Burr said. "But whatever we propose, whatever we assess, we're going to have the facts to show for that."