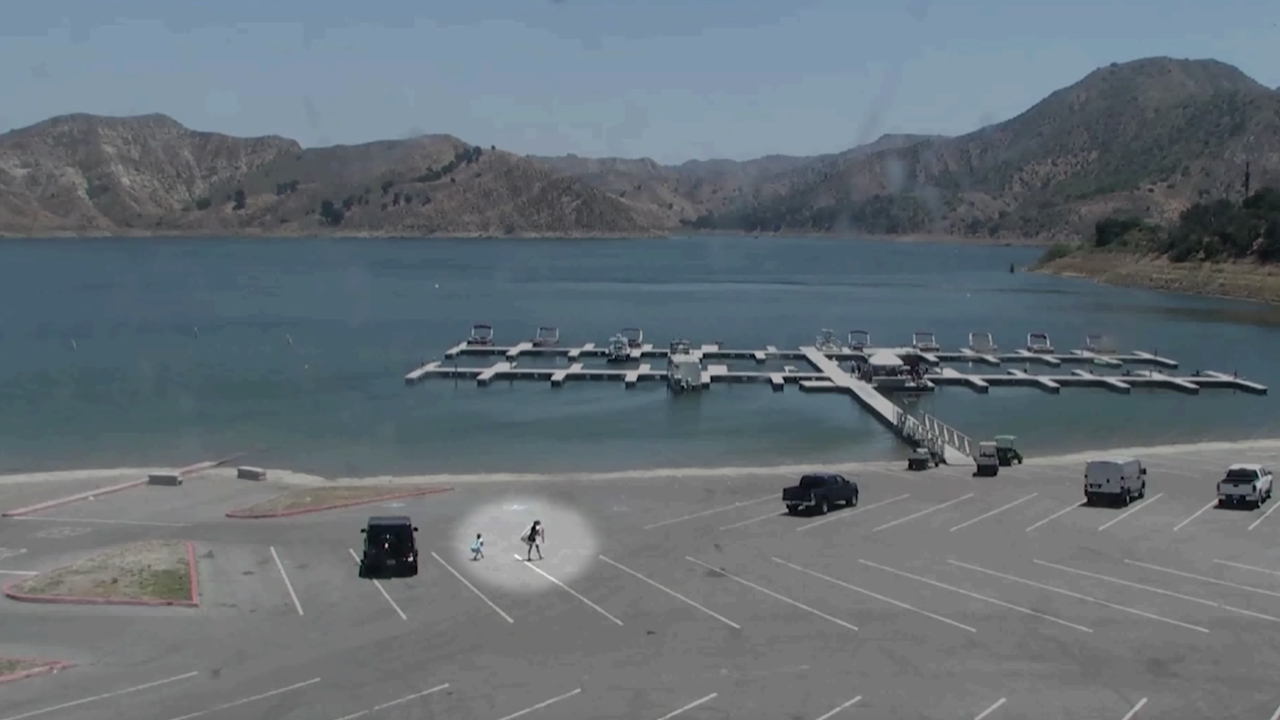 VENTURA COUNTY, Calif. – Authorities have released surveillance footage showing Naya Rivera before her disappearance and the 911 call that led to the search for the "Glee" star.

Rivera is presumed dead after disappearing while boating with her 4-year-old son at Lake Piru in Southern California.

The Ventura County Sheriff’s Office says Rivera rented a boat at the lake Wednesday afternoon and went for an excursion with her son. Thursday evening, officers released security camera footage of the two at the boat launch.

Boaters tell authorities that they later found Rivera’s boat drifting in the northern portion of the lake with her son sleeping onboard. A woman called 911 and notified law enforcement of the situation.

"The emergency is: We have a missing person," an employee of the rental boat business said. "We found a little girl in one of the boats by herself, and the mom's nowhere to be found."

The 911 caller initially said the boy was a girl, because of his long hair, KCBS reports.

Rivera’s son told investigators that he and his mother had been swimming in the lake and he had gotten back on the boat, but his mom didn’t.

Authorities say the child had a life vest on and an adult life vest was found on the boat. The child is healthy and with family.

Since Rivera’s disappearance, authorities have been using helicopters, boat crews, divers and unmanned aerial vehicles to search the lake, but there’s been no sign of Rivera yet.

Thursday evening, the sheriff’s office announced that the search for the actress has turned into a recovery mission and that she is presumed dead.

“Investigators believe Rivera drowned in what appears to be a tragic accident,” the office wrote in a press release.

Rivera is best known for her role as Santana on the Fox TV show “Glee.” She appeared in nearly every episode of the musical comedy drama since 2009.