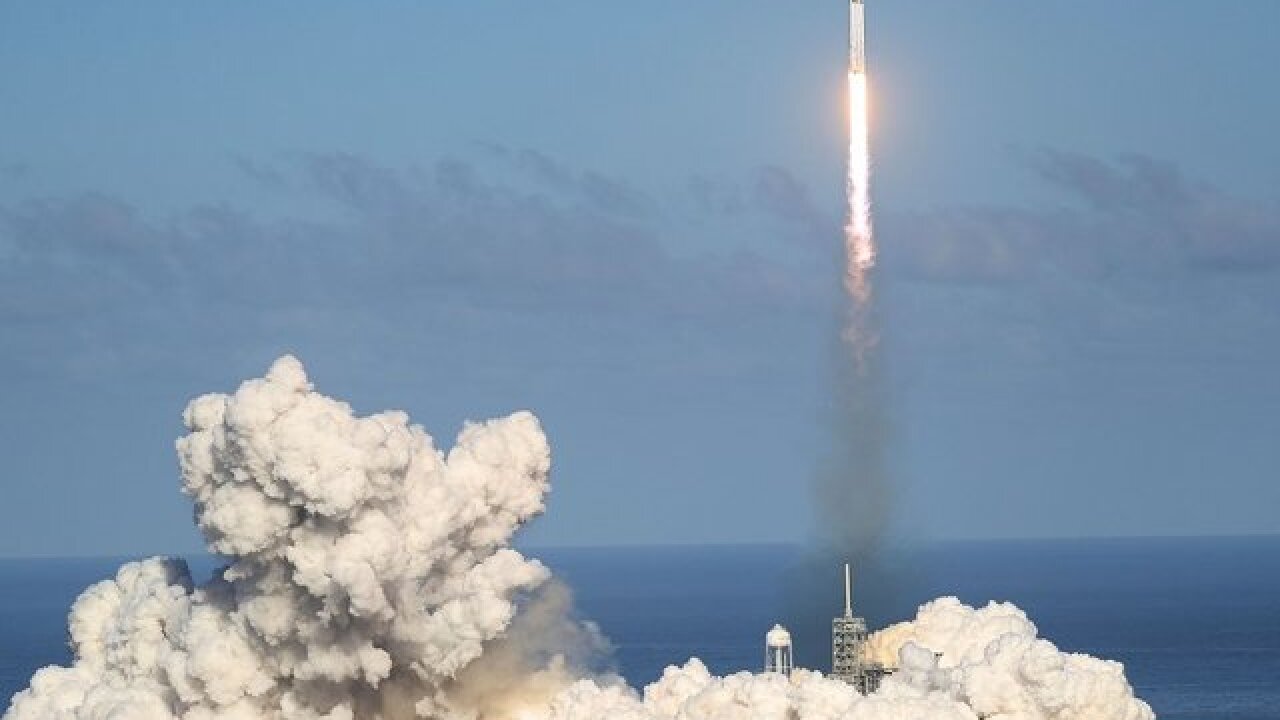 An experimental cleanup device called RemoveDebris has successfully cast a net around a dummy satellite, simulating a technique that could one day capture spaceborne garbage.

The test, which was carried out this week, is widely believed to be the first successful demonstration of space cleanup technology, experts told CNN. And it signals an early step toward solving what is already a critical issue: debris in space.

Millions of pieces of junk are whirling around in orbit, the result of 50 years of space travel and few regulations to keep space clean. At orbital speeds, even a small fleck of paint colliding with a satellite can cause critical damage.

Various companies have plans to send thousands of new satellites into low-Earth orbit, already the most crowded area.

The RemoveDebris experiment is run by a consortium of companies and researchers led by the UK's Surrey Space Centre and includes Airbus, Airbus-owned Surrey Satellite Technology Ltd. and France's Ariane Group.

Guglielmo Aglietti, the director of Surrey Space Centre, said that an operational version of the RemoveDebris technology would cast out a net that remains tethered to the main satellite so the debris can be dragged out of orbit. It could target large pieces of junk, including dead satellites up to 10 meters long.

For the test, however, the dummy satellite and net were left to orbit freely. So it essentially created another piece of uncontrolled debris. But Aglietti said it won't pose a risk for long. The experiment was conducted in a very low orbit, so the dummy satellite should fall out of the sky within a few months and plummet into the ocean.

The RemoveDebris satellite will conduct a few more experiments in the coming months, including testing navigation features that could help guide the satellite to a specific piece of debris. It will also test out a harpoon technology that could capture hulking satellites with a spear attached to a string.

Jonathan McDowell, an astrophysicist at the Harvard-Smithsonian Center for Astrophysics, said the success of this week's experiment was exciting, but he cautioned against "over-hyping" it.

"There are dozens of good ideas about how to address this problem, but the devil is always in the details," he said.

There are still enormous barriers to clear before operational cleanup missions will be underway, he said, and the most daunting is figuring out how to fund such projects.

The RemoveDebris experiment cost roughly 15 million euros, or $18 million, and it was jointly funded by the European Commission and the groups involved in the project. That's relatively cheap as far as space travel goes. But McDowell pointed out that it will take more than one satellite to make a significant impact.

"You can't just have like one garbage truck going around and picking up each [piece of debris]. To change from one orbit to another requires just as much rocket fuel as getting up there in the first place, so it's tricky to find a solution that is cost-effective," McDowell said.

Aglietti, the Surrey professor who helped lead the RemoveDebris project, said "the challenge will be to convince the relevant authorities to sponsor these mission."

Aglietti said he hopes RemoveDebris will conduct a few cleanup missions per year, targeting the largest pieces of junk in the most crowded orbits.

But there's geopolitical issues to grapple with as well. International agreements prevent a project carried out by one nation to touch objects that were put into orbit by another country. For example, a UK-led cleanup project couldn't go after a defunct Russian-built rocket booster.

"I think all the stakeholders should get around the table, because it's in everybody's interest to remove that debris," he said.