'Santa vs Jesus' board game is popular, controversial Christmas item

Game made by UK startup through crowdfunding 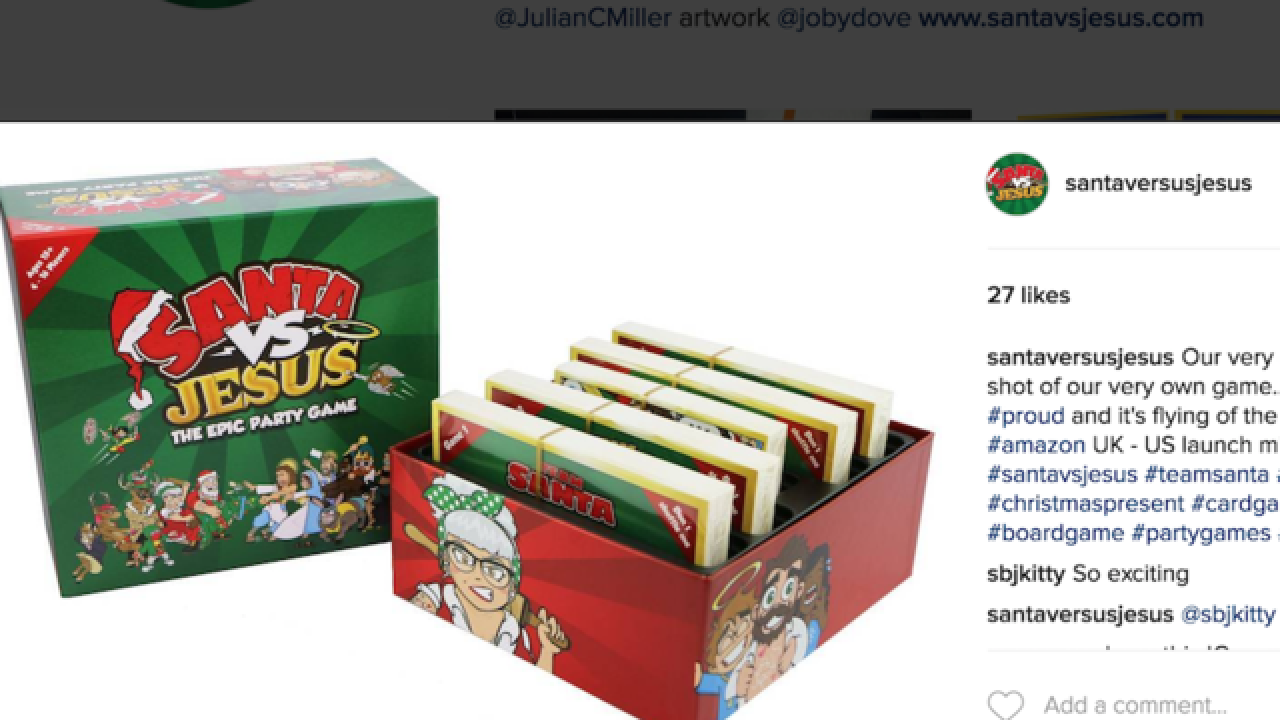 Komo Games / Instagram @SantaVersusJesus
<p>A promotional image of the board game "Santa vs Jesus," made by the startup company Komo Games in England. The game was crowdfunded and is now available for sale. It's causing an uproar among some people.</p>

Forget gathering around the fire to roast chestnuts, the new Christmas tradition may be playing "Santa vs Jesus."

A new board game is causing controversy and flying off the shelves after being successfully crowdfunded on Kickstarter within 48 hours of its announcement.

"Santa vs Jesus" was the brainchild of British actors Julian Miller and David McGranaghan. The comedic party game pits players from Team Santa against players from Team Jesus, with the goal of figuring out "Who rules Christmas."

According to the game's website, the teams go head-to-head in a series of Christmas-themed challenges, while attempting to rack up the most "believers" before the game ends. Players can play as one of 20 characters, including the titular holiday heroes.

The makers of "Santa vs Jesus" hoped to collect about $6,000 to produce copies of the game but within 48 hours, had collected about $9,000 toward its production, according to BBC News.

But the BBC also reported that the game has attracted its share of detractors. Some reviews on Amazon called the game "blasphemous" and one U.K. religious leader said "it trivializes Christian belief and equates them both as fictional characters."

The game is now for sale online for American customers. It's recommended for players at least 15 years old.