Ruth Bader Ginsburg walks back her criticism of Colin Kaepernick 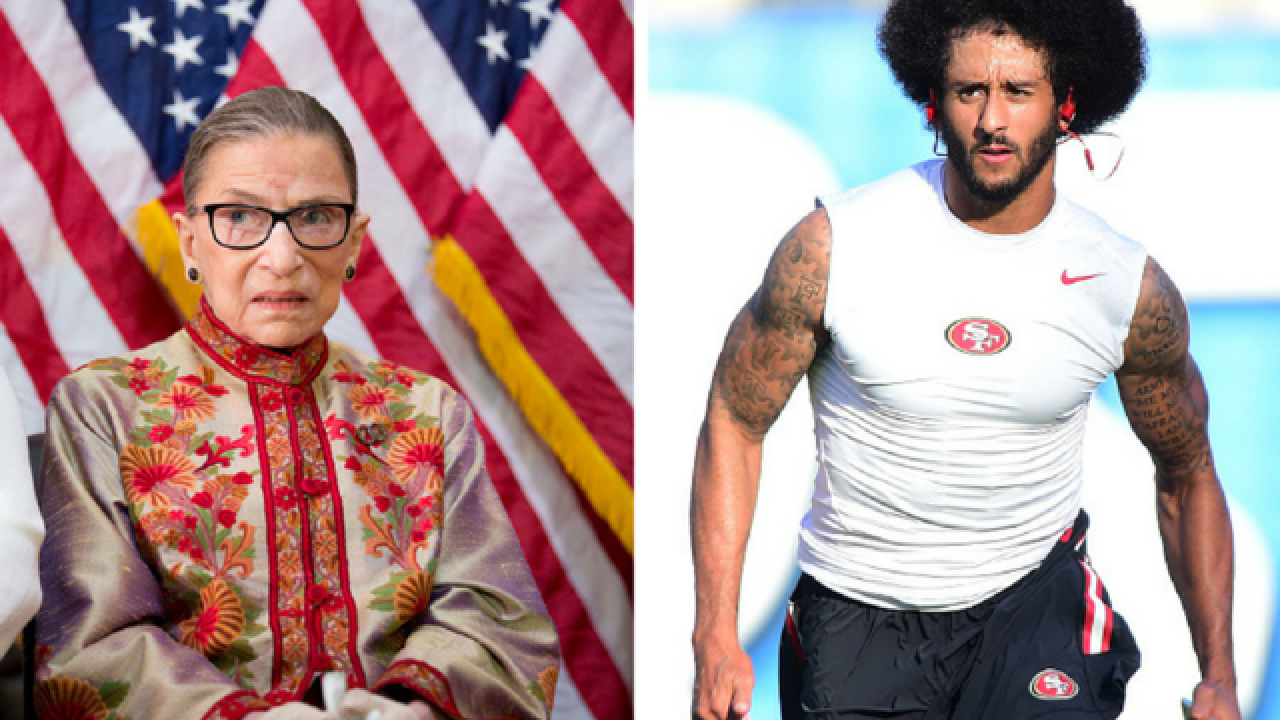 Supreme Court Justice Ruth Bader Ginsburg walked back comments she made about Colin Kaepernick’s continued protest of the national anthem on Friday, according to CNN .

In a statement released by the Supreme Court information officer, Ginsburg said she should have declined to respond to the question posed by Katie Couric.

"Some of you have inquired about a book interview in which I was asked how I felt about Colin Kaepernick and other NFL players who refused to stand for the national anthem," Ginsburg said, according to CNN. "Barely aware of the incident or its purpose, my comments were inappropriately dismissive and harsh. I should have declined to respond."

On Monday, reports emerged that Ginsburg thought Kaepernick’s decision to kneel during the national anthem in response to racial injustices across the country was “really dumb.”

"I would have the same answer if you asked me about flag burning. I think it's a terrible thing to do, but I wouldn't lock a person up for doing it. I would point out how ridiculous it seems to me to do such an act," she told Katie Couric, who was promoting her book “My Own Words.”

The 83-year-old Ginasburg made headlines in July, when she took a shot at Republican presidential nominee Donald Trump.She later issued an apology for her remarks.