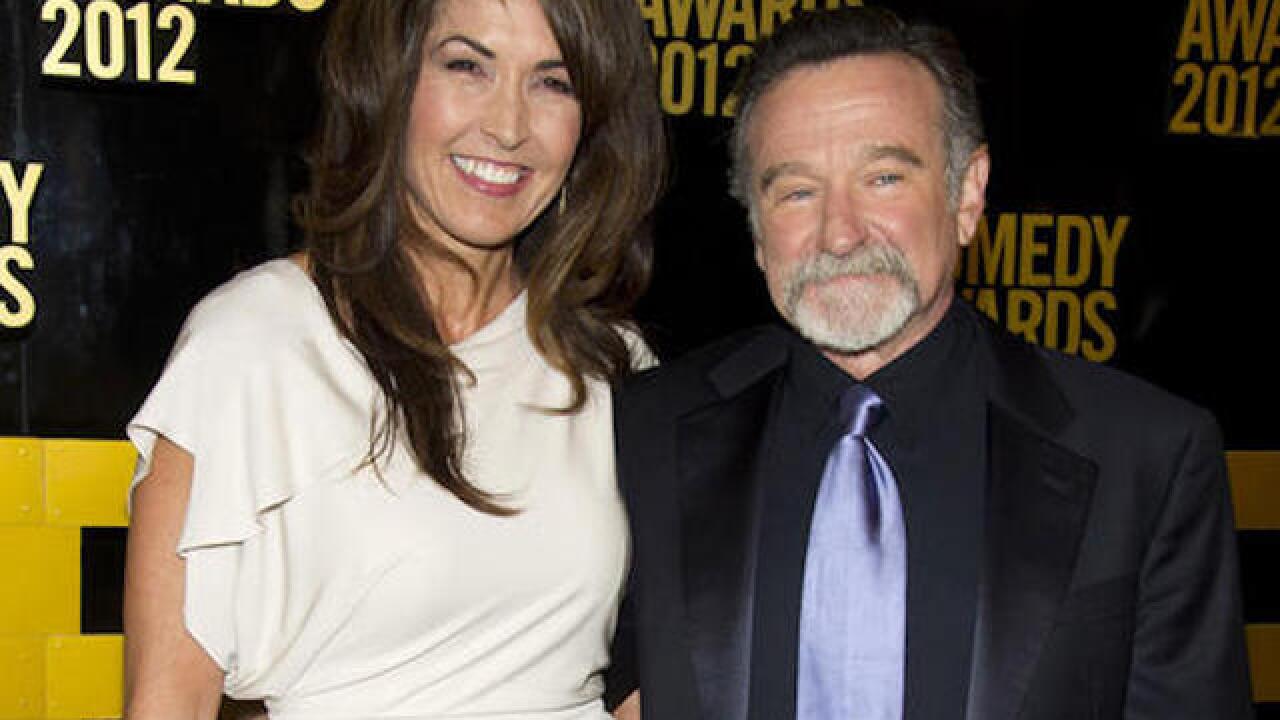 Copyright Associated Press
Charles Sykes
<p>In this April 28, 2013 file photo, Robin Williams, right, and his wife Susan Schneider Williams arrive to The 2012 Comedy Awards in New York. Schneider wrote an essay published in the medical journal, "Neurology," on Sept. 27, 2016, that Williams had "chemical warfare in his brain” before his death. (AP Photo/Charles Sykes)</p>

Robin Williams' widow says the actor had "chemical warfare in his brain" before his death.

Williams suffered from dementia caused by Lewy body disease and took his own life in August 2014.

Susan Schneider Williams writes in the medical journal, "Neurology," that her husband's suicide came "at the end of an intense, confusing, and relatively swift persecution" from the disease.

Schneider Williams says Williams had trouble remembering lines during the filming of "Night of the Museum 3" in the spring of 2014 and says the "loss of memory and inability to control his anxiety was devastating to him."

Williams was diagnosed with Lewy body disease after his death. Schneider Williams says she's sharing her experience in the hope doctors will be "inspired to turn Robin's suffering into something meaningful."