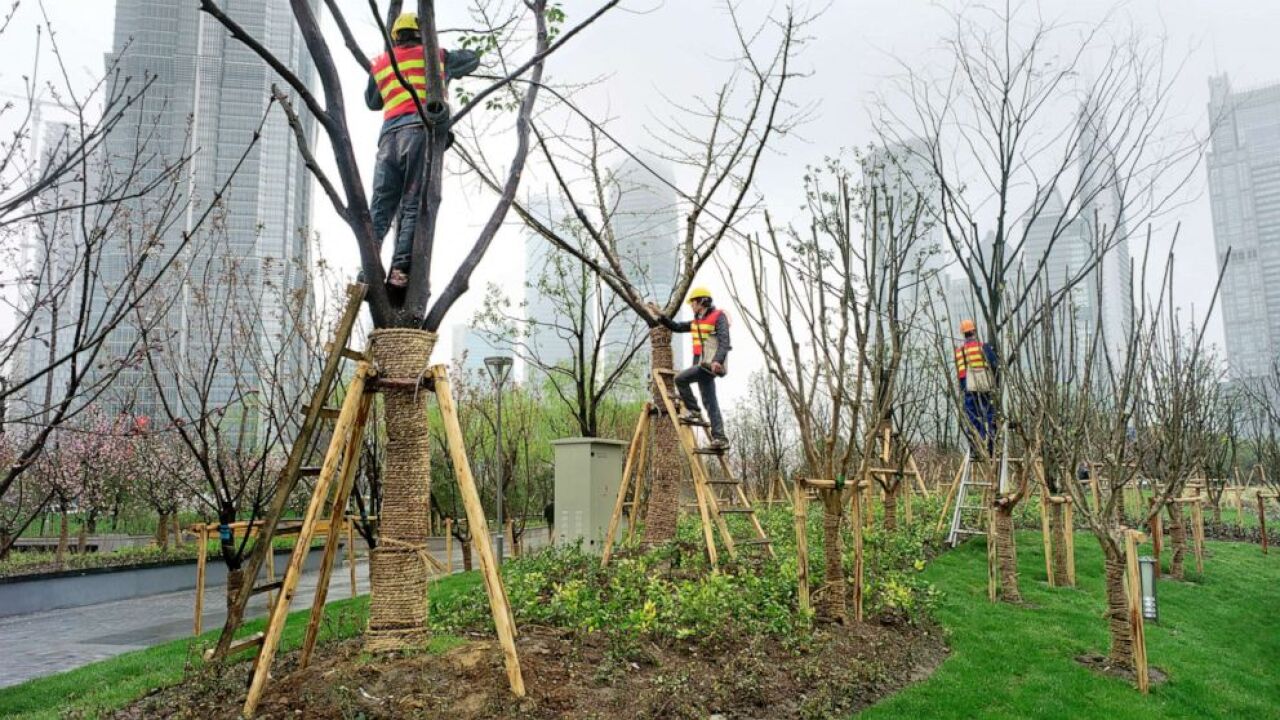 A group of House Republicans are rolling out a new legislative platform on policies to combat climate change, including a bill to support a global effort to plant one trillion trees.

The effort seems poised to counter narratives that Republicans aren't proposing solutions to climate change or don't see it as a problem, especially as Democrats continue to put the issue front and center in the 2020 presidential election and more Americans say they're concerned and want the government to do something about warming temperatures.

"This isn't anyone sitting here saying 'hey, this is what I think will work. Here's what I dream up,'" Rep. Garret Graves, R-La., said. "This is fact-based building upon the clear success ... the United States has had over the last several years."

The lawmakers, including House Minority Leader Kevin McCarthy, said their plan will focus on "realistic" solutions and a more positive, incentive-based approach than proposals like the Green New Deal put forward by Democrats.

McCarthy and others cited recent data showing the U.S. has reduced its greenhouse gas emissions more than any other country as evidence the policies and market forces in place are working.

U.S. greenhouse gas emissions have declined more than other countries, in part because renewable energy and natural gas have become less expensive and pushed coal-fired power plants to close. But U.S. emissions are not expected to continue to decline, and because of increasing demand for energy and natural gas, the Energy Information Administration predicts emissions will continue to increase gradually through the 2030s.

"At the beginning of this Congress, Republicans got together with our leadership and we talked about what we were for and we're for innovation, conservation, adaptation, and preparation," Oregon Rep. Greg Walden told reporters. "We believe we have a solid record of leading on all of those fronts."

One of the highlights of the platform, called the Trillion Trees Act, is sponsored by Rep. Bruce Westerman, who worked as a forester in his home state of Arkansas. The bill would formalize U.S. support for the Trillion Trees Initiative -- supported by the World Economic Forum -- and adapt U.S. forest management practices with the goal of capturing carbon dioxide and other greenhouse gases.

"We have tremendous opportunities with trees," Westerman told reporters. "They're more abundant, they're more economical and they're the best tool that we have to take atmospheric carbon out of the atmosphere."

Despite its name, its highly unlikely that the U.S. can plant that many trees across the country. Instead, the global initiative -- supported by the United Nations -- is to plant an additional trillion trees around the world, adding to the more than three trillion currently on the planet.

President Donald Trump recently announced the U.S. would support the initiative at the World Economic Forum in Davos, Switzerland.

The UN's climate panel recently raised concerns about the impact of deforestation on climate change, highlighting that it can both release more carbon dioxide into the atmosphere and eliminate the opportunity for those trees to capture more carbon.

But simply planting more trees isn't as easy as it sounds and experts say that effort alone will not stop the effects of climate change from getting worse if global greenhouse gas emissions continue to increase.

James Mulligan, a senior associate at the World Resources Institute's food, forests and water program, said his research found the potential to add 60 billion trees to the U.S. over the next 20 years, not including trees that are already being planted or regenerate naturally.

"If we successfully successfully capture that opportunity those trees could remove half a gigaton of carbon dioxide from the atmosphere each year on average over decades," he said on Tuesday. "That doesn't fix the climate on its own, obviously, but it's clearly a wedge."

Mulligan estimates that kind of effort would take $4 billion a year over the next 20 years and would require mobilizing the government and private sector to identify locations for trees in cities and on farmland, educate people about the right type of trees to plant and how to care for them, and find more nurseries that can grow saplings to be planted.

Westerman's bill doesn't set a specific target for how many trees would be planted in the U.S. and where, but directs the Agriculture Secretary and a designated task force to study the issue to set those goals.

The bill is part of the first phase of the Republicans' climate initiative focused on capturing carbon dioxide from the atmosphere, both through new technologies and natural sources. The other three bills announced this week would promote more research on carbon-capture technologies and uses for carbon and give permanent status to a tax break for companies that use the technology.

Carbon capture refers to technology that can physically capture carbon dioxide, to either prevent it from being released or remove it from the atmosphere. The approach is seen as a potentially big part of the world's approach to reducing greenhouse gas emissions but the technology has been unaffordable and is not yet widely used.

The Republicans supporting this initiative say they have been addressing climate change through more focus on resilience for communities impacted by sea level rise and other issues, even if they don't always attribute it to the issue of climate.

"I don't think it's helpful particularly to talk about climate change, because that term means so many different things to different people what we've chosen to do is to break it up into pieces before we attack," Graves said.

The other parts of the plan are expected to focus on promoting clean energy and conservation, but Republicans said their plan does not intend to require that fossil fuels be phased out from the U.S. energy supply and potentially increase the cost of electricity.