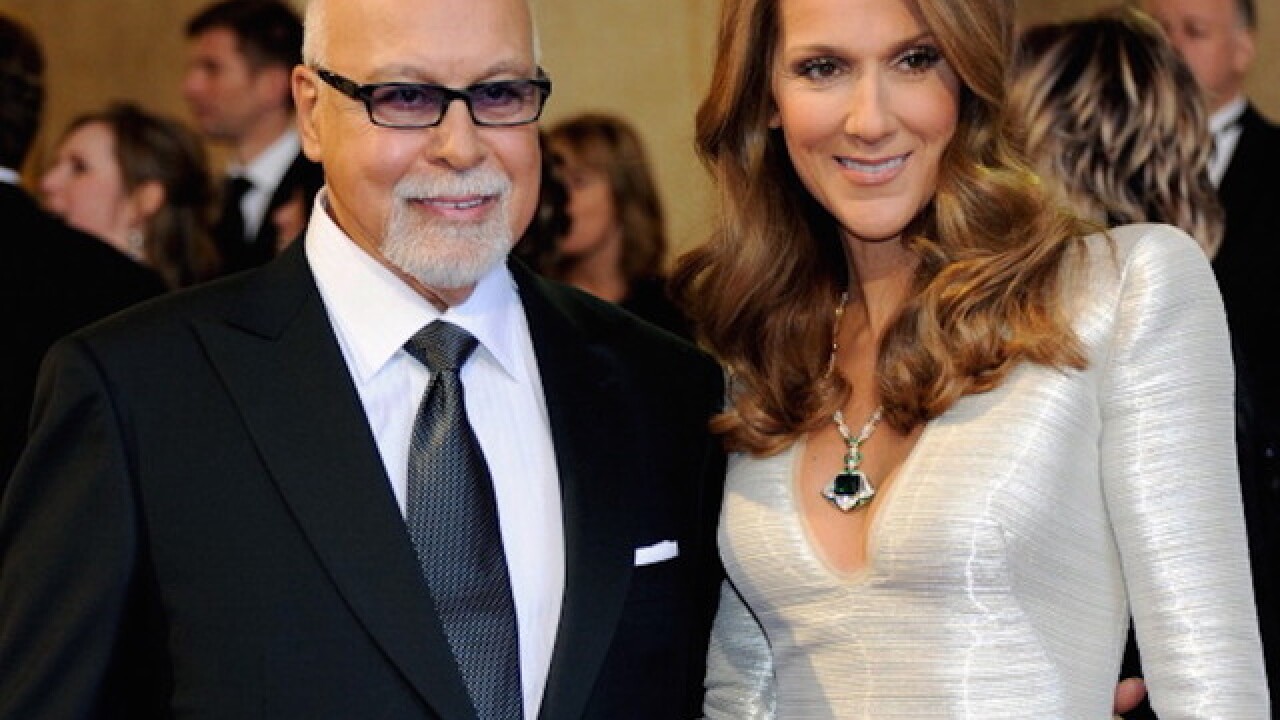 Rene Angelil, the husband of singer Celine Dion, died on Thursday after a lengthy battle with cancer. He was 73 years old.

The report states that though Angelil had been battling throat cancer since 1998, his death was unexpected and he had been feeling better recently. A USA Today article in August stated that Angelil had been on a feeding tube for about two years.

Rene Angelil passed away this morning at his home in Las Vegas after a long and courageous battle against cancer. https://t.co/JOeLaOfbSB

Dion and Angelil have three children — Rene-Charles, who was born in 2001 and twins Nelson and Eddy, who arrived in 2010. He also has a son and daughter from his previous two marriages.

Dion and Angelil, who were 26 years apart in age, married in an elaborate ceremony in 1994 at Notre Dame Basilica in Montreal. He was constantly seen by her side.

Dion won Grammy awards for songs including the "Titanic" theme "My Heart Will Go On." She returned to her residency at The Colosseum at Caesars Palace in August after taking a year off to care for her husband.

Angelil was born in Montreal to a Canadian mother and Syrian father. He played in the group Les Baronnets until 1972, when he began managing the careers of several singers in Quebec.

Dion's mother sent him an audio tape in the mail and encouraged him to listen to her daughter, then 12 years old. He took on her career and launched her first English-language album in 1990.