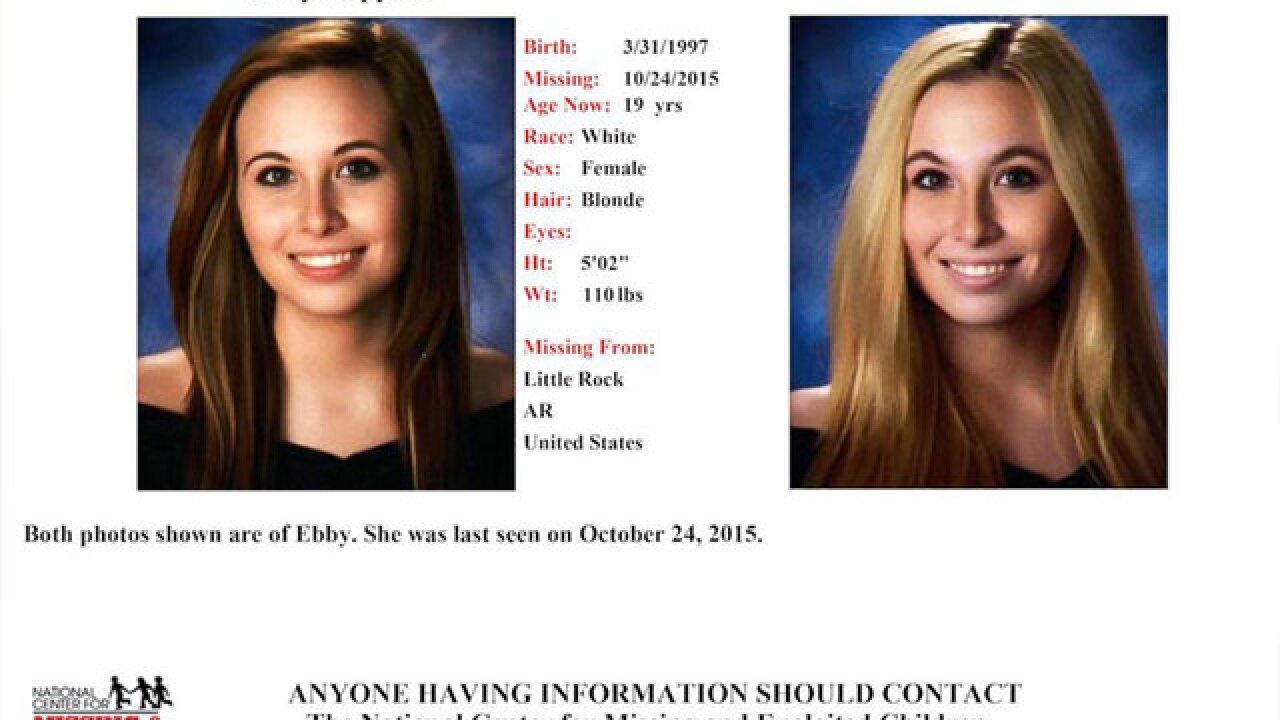 LITTLE ROCK, Ark. — Police in Arkansas have found the skeletal remains of a young woman whose disappearance had fallen into the cold-case file.

Human remains were found deep inside a pipe in a park where the car of Ebby Steppach was found after she went missing in October 2015, the Little Rock Police Department said Wednesday.

Tommy Hudson, an investigator with the police cold case unit, said a renewed investigation that started last May prompted further examination of Chalamont Park and, after sending robots into a pipe and an excavation of a previously inaccessible area of that pipe, police found human remains this week. It’s unclear what prompted the renewed investigation.

The remains were transported to the state crime lab for identification, but police notified Steppach's family before removing them.

In a Facebook group dedicated to the search for Steppach, her family released a statement Wednesday saying the remains have been identified as the missing teen.

"Ebby’s story over the past 30+ months has touched many lives,” the statement reads. “Many have seen the beauty in her eyes that revealed a deep passion and care for others.”

The discovery came as something of a surprise because the park had previously been searched during the course of the investigation.

In the initial investigation, cadaver dogs searched the park for three days and "didn't locate any kind of scent that would lead us to believe that Miss Steppach was in that area,” investigator Hudson said a news conference Wednesday.

Steppach spoke to her brother by phone shortly before she disappeared and told police she sounded confused and disoriented, saying she was lost and didn't know where she was or whom she was with, according to ABC Little Rock affiliate KATV.

For nearly three years, her parents have been calling for help in the case and offering a $50,000 reward for information.

Laurie Holman Jernigan, who has been identified in news reports as Steppach's mother, posted in the Facebook group Wednesday about the anguish she experienced after hearing that her daughter's remains were found.

"The day is here...I have wondered a long time what it will be like, a phone call, the middle of the night, a knock on the door? It came in a phone call from Michael [her husband] telling me he’s taking me to lunch, that’s never happened in 15 years...I knew," she wrote.