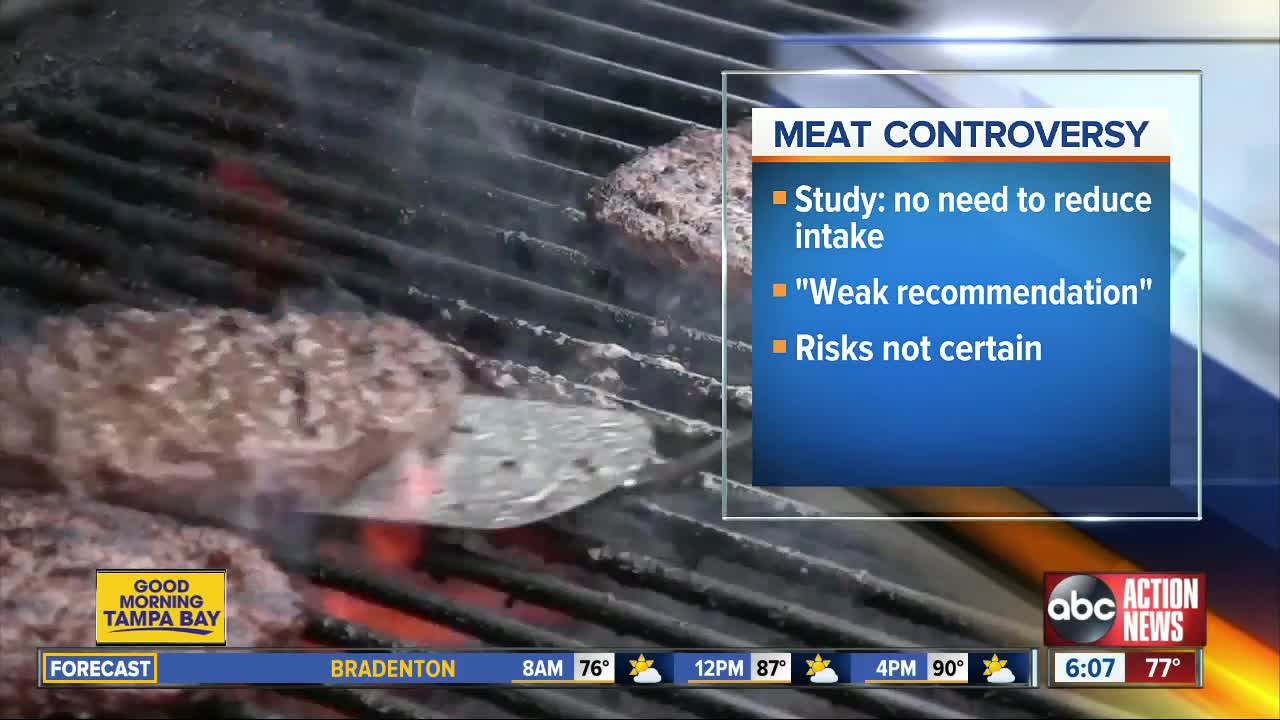 Leading nutritional experts in the United States and the UK are fired up about new dietary recommendations claiming there's no need to reduce your red and processed meat intake for good health. 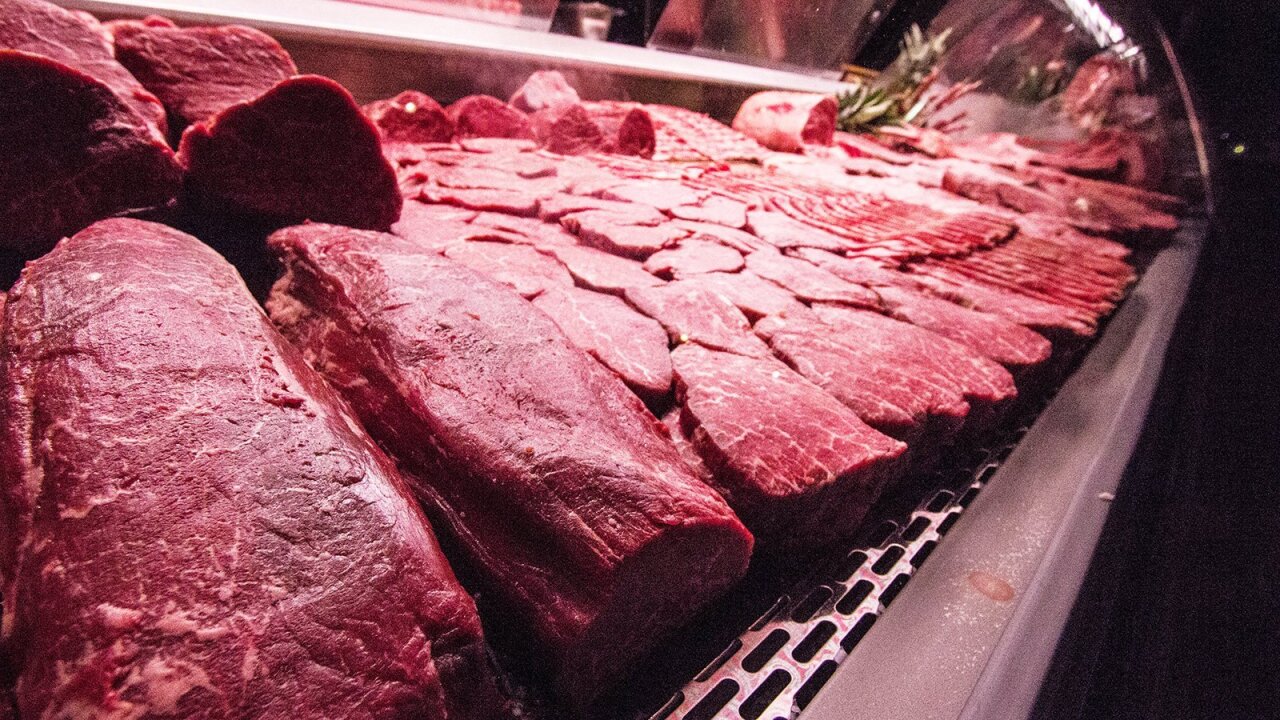 Leading nutritional experts in the United States and the UK are fired up about new dietary recommendations claiming there's no need to reduce your red and processed meat intake for good health.

"This is a very irresponsible public health recommendation," said Dr. Frank Hu, who chairs the nutrition department at the Harvard T.H. Chan School of Public Health.

The new guidelines and five corresponding studies are part of a systematic analysis of existing research done by NutriRECS, a recently formed international group of nutritionists and health researchers. NutriRECS says its mission is to "produce trustworthy nutritional guideline recommendations based on the values, attitudes and preferences of patients and community members."

Bradley Johnston, the lead author of the guidelines and co-founder of NutriRECS, said the analysis failed to find "any certainty that eating red meat or processed meat causes cancer, diabetes or heart disease."

Therefore, the group's new guidelines make a "weak recommendation" based on "low-quality evidence" that most people don't need to reduce their red and processed meat consumption, Johnston said.

"Why would you make a 'weak' recommendation about eating red and processed meat?" asked Stanford School of Medicine nutrition scientist Christopher Gardner. "I'm completely flabbergasted. I'm also really worried about how dangerous this is."

"It should be noted that the group does not represent any national or international organization or government," said Jim Mann, who is a professor of medicine and human nutrition at the University of Otago in New Zealand.

"Guidelines are generally issued by authoritative bodies rather than self-selected groups," said Mann, who is a member of the WHO Nutrition Guidance Expert Advisory Group.

The NutriRECS stance contradicts existing guidance by the World Health Organization, the UK's National Health Service, the American Cancer Society and the American Heart Association, to name a few, about the dangers of red and processed meat consumption.

Take, for example, warnings about the link between colorectal cancer and processed meats such as ham, bacon, sausage, corned beef, jerky and salami.

"There's substantial evidence that processed meat can cause bowel cancer -- so much so that the World Health Organization has classified it as carcinogenic since 2015," said Oxford University epidemiologist Tim Key, a member of the UK Department of Health's Scientific Advisory Committee on Nutrition.

"Suggesting that there is no need to limit these foods would put people at risk of colorectal cancer and further undermine public confidence in dietary advice," said Dr. Nigel Brockton, who is the vice president of research at the American Institute for Cancer Research.

In the UK, Key said, recent estimates suggest more than 5,000 people a year will develop bowel cancer due to the consumption of processed meat. In the United States, colorectal cancer is the third most commonly diagnosed cancer; according to American Cancer Society estimates, there will be almost 150,000 news cases this year.

"If the takeaway from this publication is 'red and processed meats are back' that would be a disservice to the public," said nutrition scientist Dr. Alice Lichtenstein, the director of the Cardiovascular Nutrition Laboratory at the Human Nutrition Research Center on Aging at Tufts University. Her group is one of six human nutrition research centers supported by the United States Department of Agriculture.

"It's sensational," agreed Harvard's Hu, who served on the USDA 2015 dietary guidelines advisory committee. "The recommendations do not reflect current nutritional literature and will cause a great deal of confusion in the general public."

"The research on nutrition is not great quality and that's just a fact," said "Annals" editor-in-chief Dr. Christine Laine, explaining why she decided to publish the studies.

"There are lots of groups that have issued strong dietary advice that is not supported by high quality reviews of the evidence," she said. "So, we were interested in this work because of their methodology."

The NutriRECS researchers used a methodology called GRADE, which stands for the Grading of Recommendations, Assessment, Development and Evaluation.

GRADE was developed to "to reduce unnecessary confusion arising from multiple systems for grading evidence and recommendations" and is part of a new emphasis on "evidence-based" medicine. NutriRECS member Dr. Gordon Guyatt says he coined the term "evidence-based medicine" and helped develop GRADE.

Critics point out the GRADE criteria is best suited to evaluate randomized clinical trials. It's not appropriate for lifestyle studies which cannot control variables in the experiment, they say, either because people won't follow the protocol (eat exactly what they are told to eat), or because it's unethical to do the experiment at all.

"We can't randomize people to smoke, avoid physical exercise, breathe polluted air or eat a lot of sugar or red meat and then follow them for 40 years to see if they die," said Stanford's Gardner. "But that doesn't mean you have no evidence. It just means you look at the evidence in a more sophisticated way."

Randomized clinical trials are considered the gold-standard in science because people are randomly assigned into a group that receives the intervention, such as a drug or injection, or into a control group which gets a placebo, usually a sugar pill or an injection of saline.

To control for bias, both groups and the researchers are typically "blinded" to whom is receiving the intervention. Researchers also typically try to match the two groups in terms of age, sex, ethnicity, body weight, smoking status, and any appropriate diseases or health concern such as existing high blood pressure or diabetes.

In observational studies people are simply observed and certain outcomes are measured, but there is no attempt to affect the outcome with a treatment. In nutrition, for example, diets are recorded, often from memory, and people are followed to see whether they are diagnosed or die from various diseases.

Because so many things are not controlled, observational studies can never show causation -- only an association. This is one of the reasons that lifestyle science is constantly being updated: eggs are good for you, butter is bad; butter is good for you, eggs are bad.

In an attempt to address the issue, nutrition researchers recently developed a different methodological approach to evaluating their work. Called Hierarchies of Evidence Applied to Lifestyle Medicine, or HEALM, the approach borrows tools used by other major organizations, such as the USDA, the Community Preventive Services Task Force, and the Oxford Centre for Evidence-Based Medicine. The HEALM tool was just announced in August, and will need to be used and evaluated.

Recent nutrition research has also grown more sophisticated by looking at real-life scenarios instead of a simple eat or avoid red meat study design. The new approach discovers what people eat instead of red meat when they cut back. Is it really the whole grains, fresh fruit and veggies that nutritionists recommend?

"What we've seen is that Americans seem to be committed to eating horribly in a number of fascinatingly different ways," Gardner said. "You're not eating meat. Great! What did you have for dinner instead? Oh, a highly processed cheese pizza -- no wonder your health hasn't improved."

Three of the NutriRECS reports analyzed "approximately 180 cohort studies that included millions of participants" and found there was a "weak association between meat consumption and adverse cardiovascular and cancer outcomes," Guyatt said. "If the causal relationship exists at all, the benefits of reducing meat consumption are very small."

Observers point out that the results NutriRECS found echo cancer risks established by other major health organizations -- risks those organizations considered significant enough to warn the public about the dangers of processed meat consumption.

That doesn't sound like a big risk unless you're one of the 18%.

The American Cancer Society ran the numbers and found that by "applying the author's own calculations of individual risk difference to the general population ... cutting back on red and processed meats could prevent 8,000 cancer deaths over the lifetime of 1,000,000 people," said Marji McCullough, who is the senior scientific director of epidemiology research for the American Cancer Society. "So they're not saying meat is less risky; they're saying the risk that everyone agrees on is acceptable for individuals."

Power of the people?

Guyatt said that it should be up to people to know the quality of the evidence and evaluate their own risks based on their personal preferences. In fact, one of the systematic reviews done by NutriRECS was a look at 54 studies on people's attitudes toward eating red meat.

"The GRADE system believes in people's autonomy," said Guyatt, "and based on the low-quality evidence we found we believe the majority of fully informed people would choose to continue their current levels of red meat consumption if all they were considering is health issues."

McCullough disagrees. "It's kind of like saying: We know helmets can save lives, but some people still prefer the feeling of the wind in their hair. And let's face it, most people will be OK; they won't crash."

"But everyone agrees you should wear a helmet," she continued. "Indeed, when making recommendations public health organizations consider the full impact of an exposure on population health."

The NutriRECS team identified 12 randomized trials but said only one -- a single trial of almost 49,000 women called the Women's Health Initiative -- had credible, but low-quality evidence.

The results of that study, said NutriRECS, showed diets lower in red or processed meat may have "little to no effect" on reducing risk for developing heart disease and cancer, including colorectal and breast cancer. Nor did it reduce deaths from either heart disease or cancer.

But critics say the Women's Health Initiative study was not a true randomized trial and was never designed to examine the role of any type of meat, red or otherwise.

"Women were counseled to reduce their total fat intake and increase their fruit, vegetable and grain intake," said Tuft's Lichtenstein, who is the volunteer spokesperson for the American Heart Association. "We found out later they were mostly switching saturated fat with highly processed low-fat products that replaced fat with sugar."

Because the trial did not test the effect of a low-fat diet on heart disease or cancer, using it to say "red meat reduction had no effect on cancer or heart disease is highly inappropriate," said Harvard's Hu.

In addition, Stanford's Gardner points out that NutriRECS researchers eliminated some of the other studies they considered randomly controlled trials due to a "high risk of bias for lack of blinding."

"How can you blind a study on nutrition?" Gardner asked. "You get red meat and I get veggies, but we're going to blind this so that you don't know you're eating meat and I don't know I'm eating vegetables. You just can't do that with food."

For NutriRECS, it's simply calling attention to the low-quality evidence of nutritional studies.

For public health officials, it's protection of the public from lifestyle choices that might put them in harm's way, even if the relative risks are small.

For public health officials, it's protection of the public from lifestyle choices that might put them in harm's way, even if the relative risks are small.

"Few interventions, including drugs, can do all those things at the same time," Hu continued. "Statins, for example, can reduce cardiovascular risk and total mortality but actually increase risk for type two diabetes and have little effect on cancer.

"So I'd hate to see Americans take the NutriRECS advice and return to doing something that we know can cause harm."