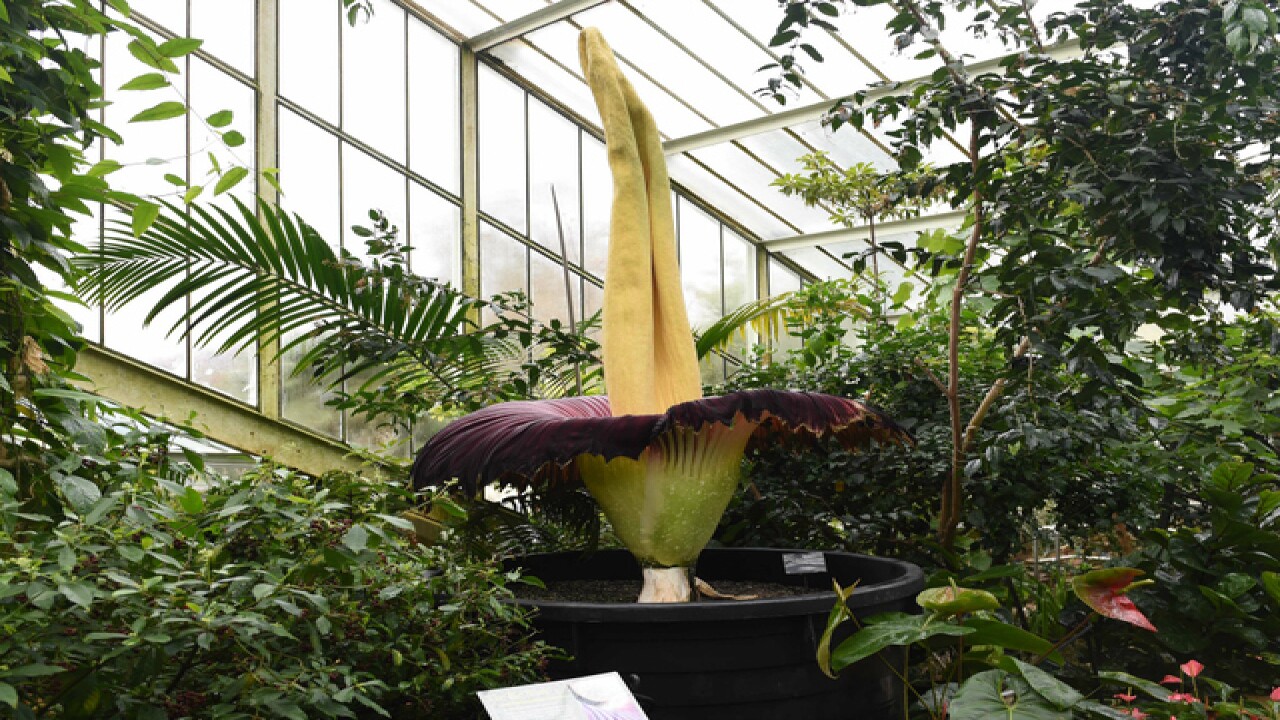 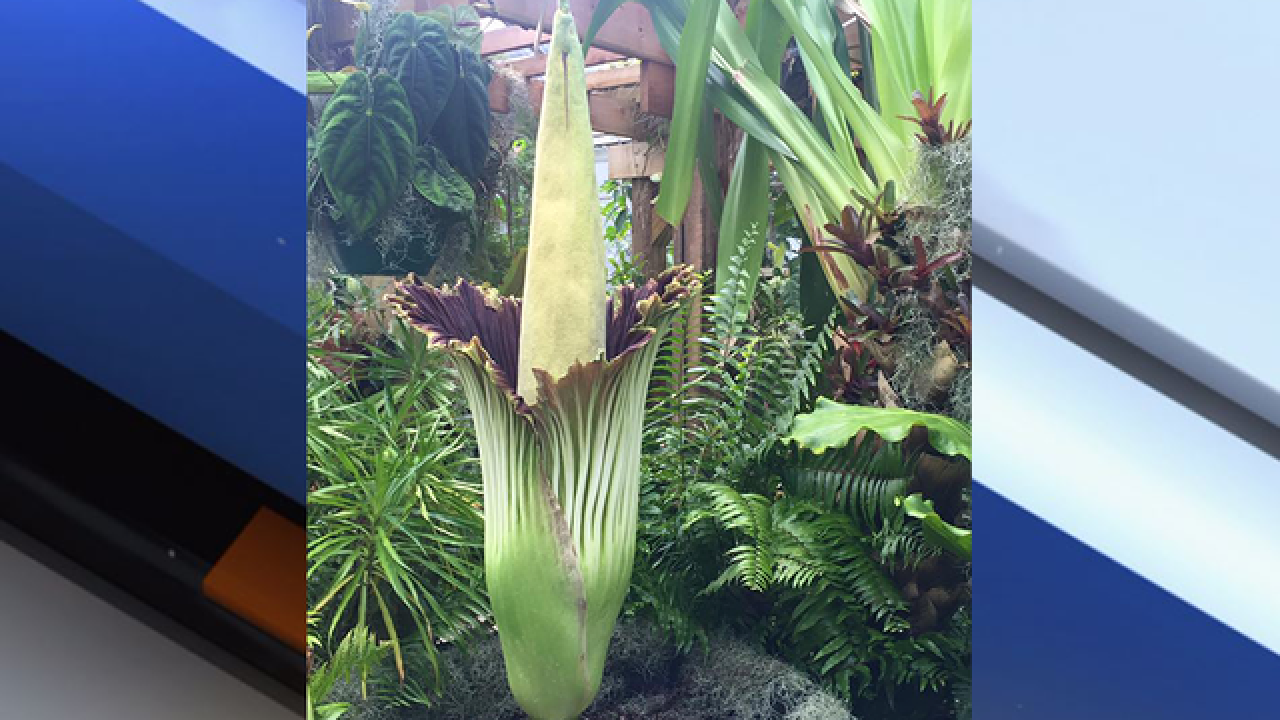 An odor comparable "to the stench of rotting flesh" will soon be released at the New York Botanical Garden (NYBG) in New York City and the United States Botanical Garden (USBG) in Washington, D.C., sometime this week, when corpse flowers at both locations are expected to fully bloom.

Two corpse flowers have already started to bloom in Sarasota at the Selby Gardens. Check out the pictures in their Facebook posts here:

Despite the putrid stench, a huge crowd of people will likely flock to the gardens to witness the corpse flowers open.

Part of the mystery that shrouds the giant plants, scientifically known as Amorphophallus titanums, are their unpredictable bloom cycles -- which only happen every several years to decades. And when the flower actually does bloom, it only stays open for two to three days.

The corpse flower is also considered a "horticultural jewel" because it is one of the largest flowers in the world.

When the USBG put its corpse flower on display last Friday, it said the plant was around 3.5 feet tall.

In its natural habitat, the corpse flower can grow up to 12 feet tall.

The USBG last displayed a corpse flower bloom in 2013. More than 130,000 visitors came to see the plant in person and more than 650,000 viewers accessed the live webstream.

The NYBG, on the other hand, last displayed a corpse flower bloom nearly 80 years ago in 1937. The NYBG added that the corpse flower's bloom is also particularly special this year as the garden is currently celebrating its 125th anniversary.

Live streams of both the plants in D.C. and New York City are available below.