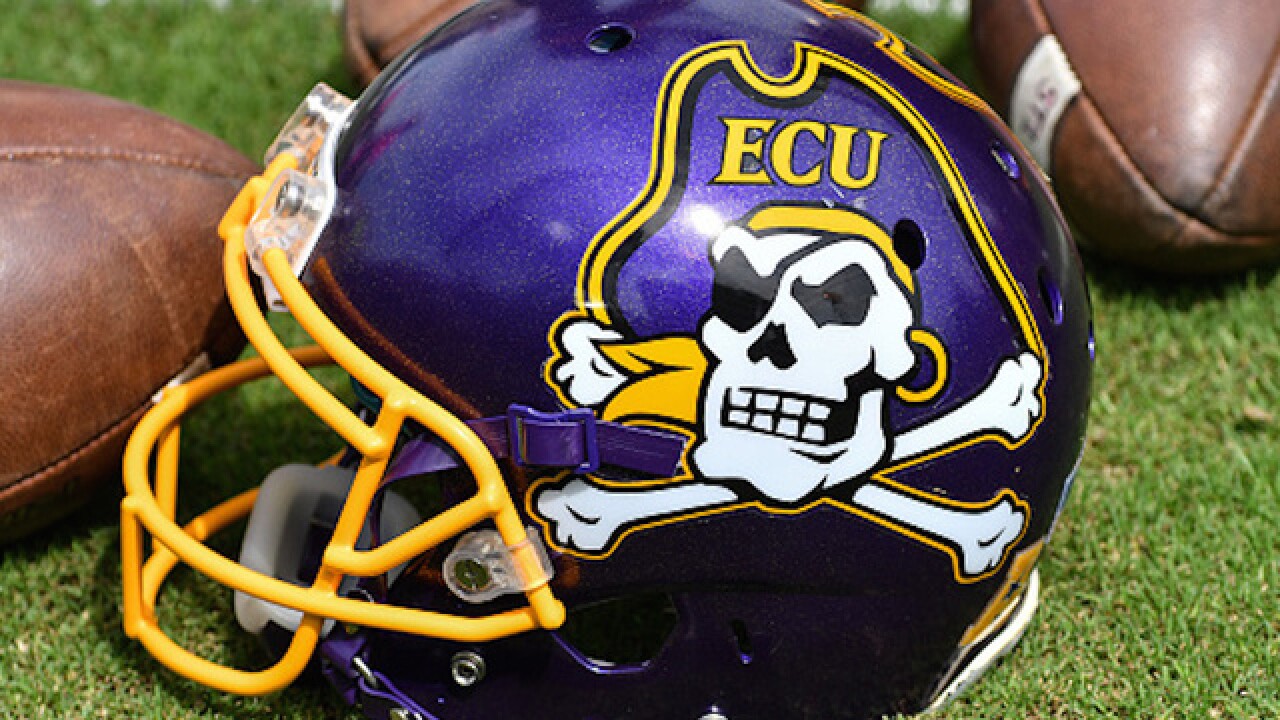 ESPN Fayetteville (WFAY, 100.1 FM), a radio station owned by parent company Colonial Media and Entertainment, says it is “protesting the protesting” of the ECU Marching Pirates.

Prior to a game last week, several members of the East Carolina marching band knelt during the anthem , following in the steps of San Francisco 49ers quarterback Colin Kaepernick. When the band took the field for their halftime performance, they were met by a chorus of boos from the home crowd in Greenville, North Carolina.

The ECU Band was boo'ed loudly during halftime of today's game. pic.twitter.com/iA2T21XDwd

On Tuesday, Colonial Media and Entertainment released a statement saying that the ESPN Fayetteville would not air East Carolina’s game against South Florida this Saturday, citing the band’s decision to protest the anthem.

“I’m proud of our country and I’m proud of our soldiers...especially our soldiers from Fort Bragg...fighting for our country, so I’ve decided that ESPN Fayetteville will ‘protest the protest,’” Colonial Media and Entertainment CEO Jeff Andrulonis said. “Every sponsor I’ve talked to agrees that last weekend’s spectacle at Dowdy-Flcklen Stadium was shameful and a message needs to be sent.”

This is something else - ESPN Fayetteville radio won't carry ECU-USF because of the band protest pic.twitter.com/2UwHgkfZBZ

Andrulonis went on to say that he respects freedom of speech, but that the “band members could have protested in the early hours before the game...instead that chose to make a spectacle of themselves in front of the big crowd at Dowdy-Ficklen.”

The station says that they will continue to air ECU games following Saturday’s blackout.

ESPN issued the following statement to Sports Illustrated on the matter.

“100.1 FM is an affiliate that carries some ESPN Radio national programming. Local programming decisions, however, are strictly in their purview.”

In addition to ESPN Fayetteville's blackout, a East Carolina professor says she now plans to carry a gun on campus in accordance with her constitutional rights.

"Since the band members can act on the first amendment without regard to university rules, I too want to
act on my second amendment rights to bear arms," professor Tracy Tuten said in an email to ECU's chancellor, Dr. Cecil Stanton. "Even though I was stalked for more than a year by a student, I have respected the university guidelines for bearing arms. But bearing arms is my God-given right according to the constitution."