Puerto Rico continues to struggle amid thousands of earthquakes since December 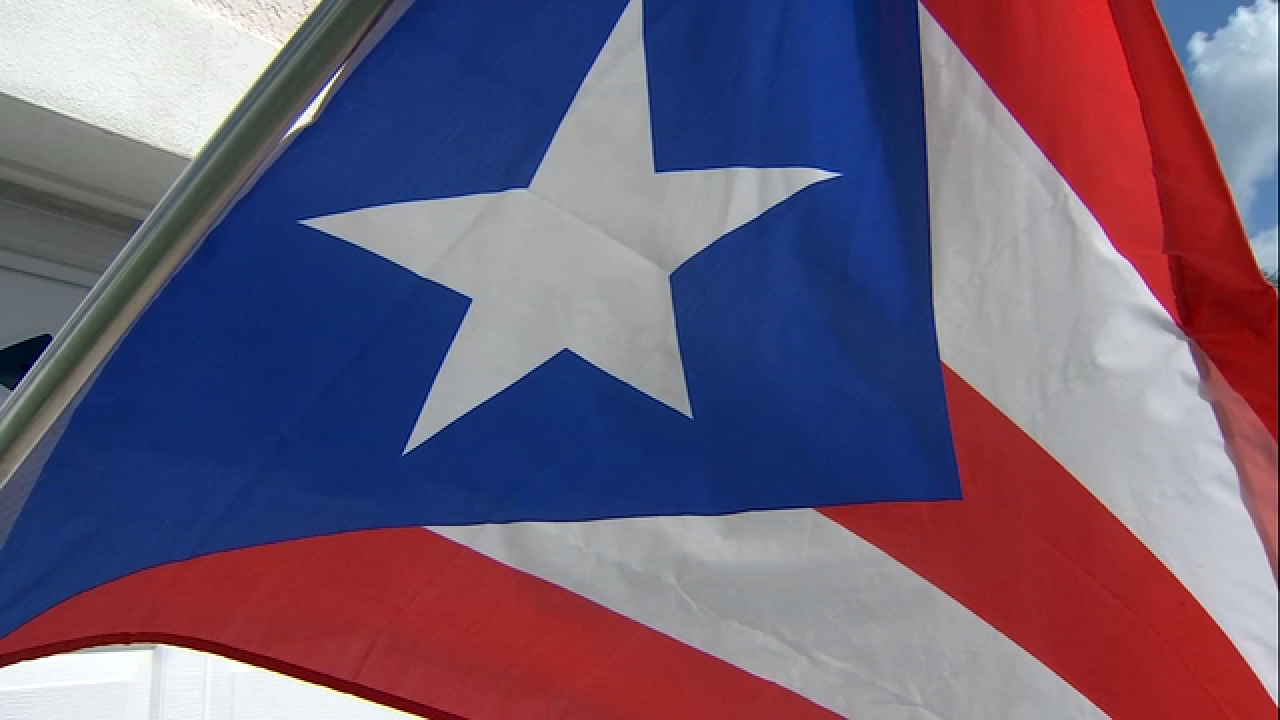 Amid COVID-19 and drought, Puerto Rico has registered over 9,000 tremors in the last six months, according to a meteorologist's summary.

The island's seismic sequence started late last year. Ever since Dec. 28, the U.S. territory hasn't stopped reporting multiple quakes up to a magnitude of 6.

"It keeps shaking and we don't know until when it will last," said Zory Méndez, a community leader in Ponce's sector "La Carmelita."

Méndez, who has lived all her life in the community, now sleeps in a tent with her husband and her 13-year-old daughter, fearing another big quake could hit.

"We can't sleep ... in the southern area of the island we don't sleep," Méndez added.

The family's home has a shaky infrastructure. During Hurricane Maria, her house suffered damages leading to a weak composition. Once the 6.4 magnitude quake slammed the island on Jan. 7, damages became noticeable. Some outdoor ground areas have fissures and her garage has a big crack.
The Méndez family fears that their house could collapse. "

If I lose my house, I lose everything," Méndez said. "I'll live all my life in a tent."

It's been over a week since they decided to sleep in a tent next to their house. Although this is not the first time in the last six months the family sought shelter outside their home, they worry about the health consequences amid COVID-19.

The island is facing a drought that has about 140,000 residents in the metropolitan area with intermittent water service.

Mendez said she hasn't been affected, since they usually get their water from a rural system. But because the island has seen low levels of precipitation, she is worried about running out of water if the forecast doesn't change.

The lack of basic needs concerns teacher Marilu Mayorga. She has seen this story over and over again with her not-for-profit, Island Corps, an initiative focusing on educating children and providing them with necessary resources to build a stable life.

Days after the big tremor occurred, Mayorga was on her way to an earthquake camp to teach and entertain children affected by the quake. Upon her arrival, she noticed that kids around her were looking for more.

"They needed the basics," Mayorga said, explaining that some children hadn't showered in four days. "It was kind of an image you see in really impoverished nations."

As time passed, Island Corps found ways to help these kids, while providing them with their educational program. But everything changed when the pandemic hit and the organization was forced to pause the initiative. Island Corps hasn't been able to resume their work due to COVID-19.

Puerto Rico has over 2,100 confirmed cases and over 6,500 possible cases, according to the island's COVID-19 dashboard. But some Puerto Ricans have questioned government data, after the Health Department acknowledged irregularities in April.

Even though the island has improved on its surveillance process, epidemiologist Melissa Marzán said the island needs full transparency. "We need to have access to the data," she said.

Marzán said the island also needs an educational campaign to "enhance prevention and ensure it is at a community level."

Méndez has been constantly reminding her community about the importance of taking the necessary measures to prevent any exposure to the virus. But she said the task hasn't been easy since they've been fighting all these crises alone with no help from the government.

"The government hasn't been efficient," Méndez said, frustrated. "It's a government that has been lying to us ever since Hurricane Maria."

In the last year, the government of Puerto Rico has been surrounded with multiple scandals, including the most recent one involving the island's governor. Wanda Vázquez is facing scrutiny after she fired the island's justice secretary after the official called for an independent investigation into how aid was distributed in the wake of January's earthquakes.

ABC News reached out to the governor's office for a comment and has not received a response.

Despite the multiple struggles the community of "La Carmelita" faces, residents are sure that with some support, they can overcome all of the challanges.
"If they give us a little help, we'll figure out the rest," Méndez said.