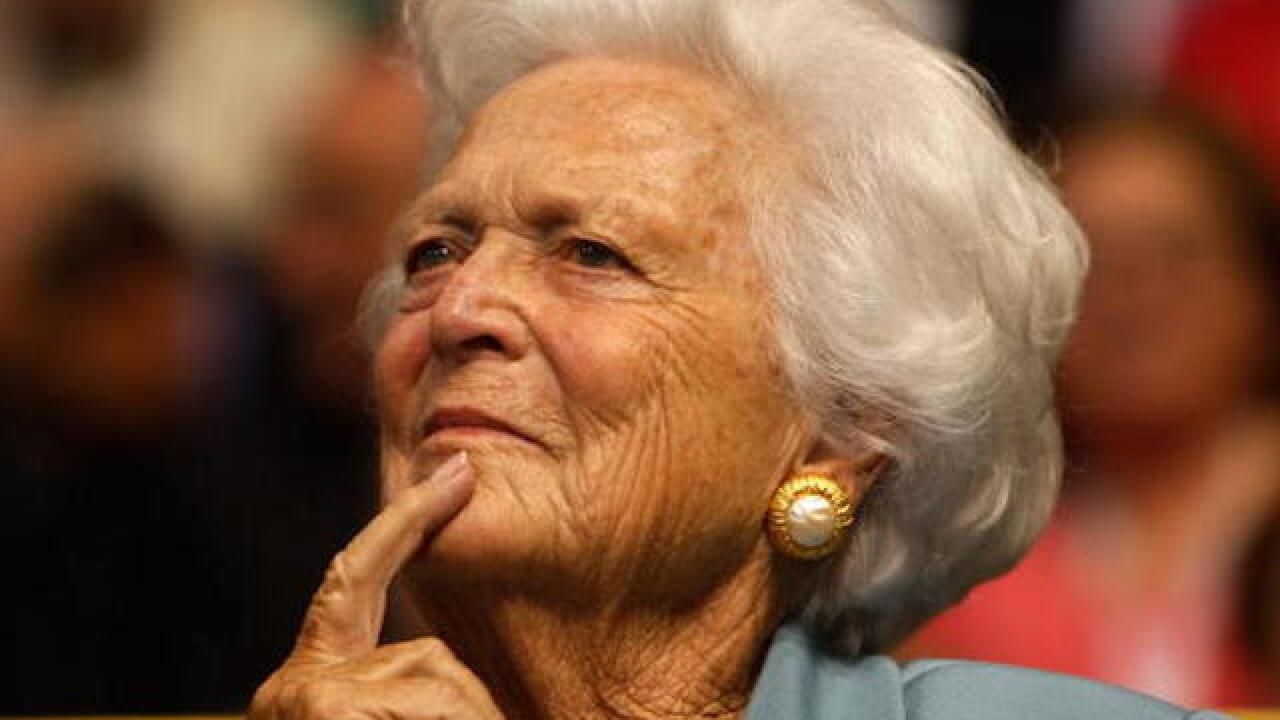 President Donald Trump will not attend Saturday's funeral service for former first lady Barbara Bush, the White House said in a statement Thursday, citing the desire to "avoid disruptions" and out of respect for her family and friends.

"First Lady Melania Trump will attend the memorial service for Barbara Bush this Saturday on behalf of the First Family. To avoid disruptions due to added security, and out of respect for the Bush Family and friends attending the service, President Trump will not attend," the White House said in a statement.

President Trump offered his condolences to the Bush family Wednesday as he began remarks at a joint news conference with Japanese Prime Minister Shinzo Abe.

Barbara Bush, Trump said, was a "wonderful, wonderful person" and "a titan in American life."

"Her strength and toughness really embodied the spirit of our country," Trump said at Mar-a-Lago. "She was a woman of proud patriotism and profound faith."

Bush, the matriarch of a Republican political dynasty and a first lady who elevated the cause of literacy, died Tuesday. She was 92.