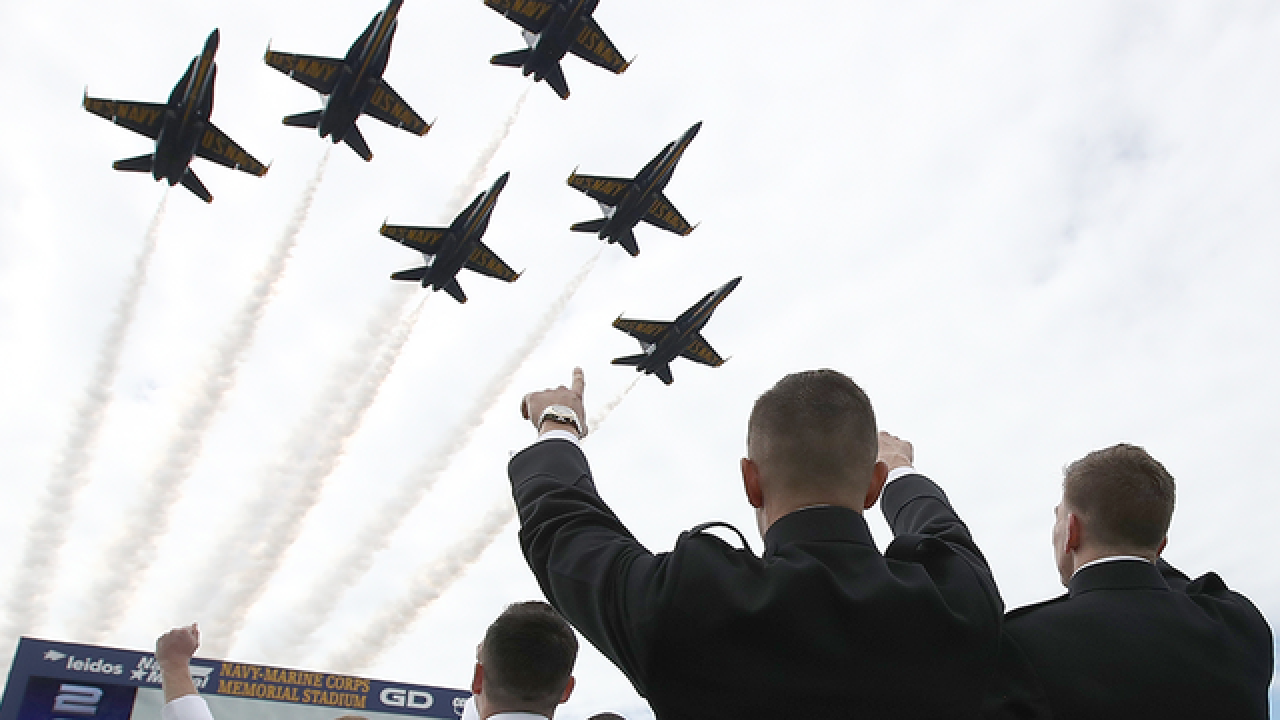 Trump will give the commencement speech in Annapolis Friday, a day after highlighting American military preparedness as he canceled a planned summit with North Korean leader Kim Jong Un (kim jawng oon).

Trump will speak to 1,042 newly commissioned ensigns and second lieutenants. He is expected to highlight his efforts to boost federal defense spending.

On Twitter Friday, Trump said he looks “forward to being with some of the greatest people on earth!”

It will be Trump’s first time speaking to the academy’s graduating class. Last year, Trump addressed the Coast Guard Academy.