President Obama, Hillary Clinton tweet support for the March for our Lives 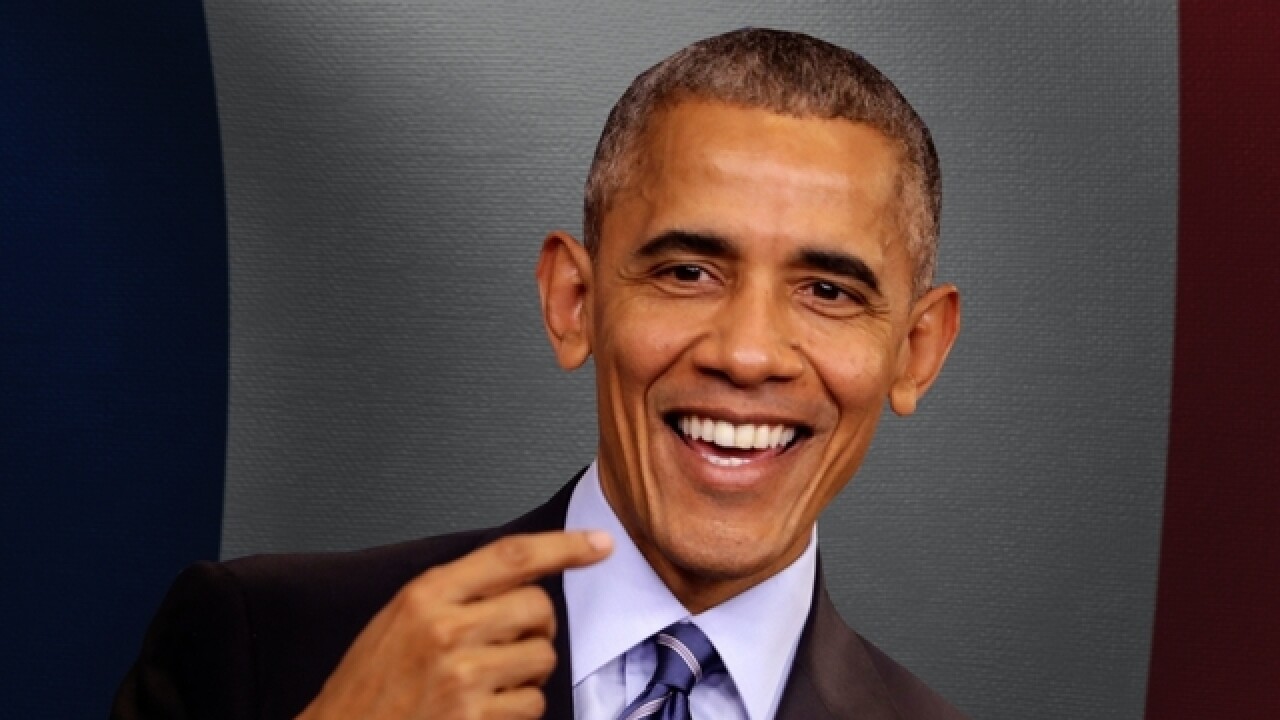 While the White House and some Republicans in Congress also applauded the activism, many GOP lawmakers did not publicly weigh in on the demonstrations taking place across the country.

Chuck Schumer and Nancy Pelosi, the top Democrats in the Senate and House, respectively, took to Twitter to call attention to the cause of the students marching in Washington and across the country in favor of strengthening gun laws.

PHOTOS: Students participate in 'March for our Lives' throughout the country

"Last week was monumental as thousands of students across the country walked out for gun safety. We heard them loud and clear in Washington and we know even more are gathering to #MarchForOurLives today. Did you hear them? Will you join them?," Schumer asked on Twitter.

"Congress has a duty to end the daily tragedy of gun violence in America. We must act. #NeverAgain #EndGunViolence," Pelosi tweeted.

Obama also tweeted his support for the demonstrations, writing, "Michelle and I are so inspired by all the young people who made today's marches happen. Keep at it. You're leading us forward. Nothing can stand in the way of millions of voices calling for change."

And Clinton wrote in a Twitter post: "Listening to the students from Parkland and across the country today is a reminder of what is possible when our future is in the right hands, and when we match inspiration with determination."

While congressional Democrats were quick to support the march, which comes in the wake of a mass shooting at Marjory Stoneman Douglas High School in Parkland, Florida, that left 17 people dead, Republican congressional leaders have not been as outspoken. As of noon on Saturday, Senate Majority Leader Mitch McConnell and House Speaker Paul Ryan had not tweeted about the march.

White House deputy press secretary Lindsay Walters said in a statement, "We applaud the many courageous young Americans exercising their First Amendment rights today," adding, "keeping our children safe is a top priority of the President's."

Republican Sen. Marco Rubio, of Florida, also released a statement, saying he "commend[s] those who today are peacefully exercising their First Amendment rights to march" and noting that he "respect[s] their views."

The senator added, however, that he does not agree "with all of the solutions they propose" and that "making a change requires finding common ground with those who hold opposing views."

Rep. Carlos Curbelo, a moderate Republican who represents Florida's 26th Congressional District, expressed support for students participating in the march on Saturday, saying in a statement posted to Twitter that "the young men and women of Parkland are a true inspiration for all of us."

Republican Rep. Mia Love of Utah tweeted on Saturday that she is "listening" and hopes to find "meaningful solutions" to the issue of school safety.

Rubio credited the survivors of the shooting with having "done more in five weeks on gun violence than has been done in 15 years" in a recent interview with The Guardian.

Democratic Sen. Amy Klobuchar told CNN on Saturday that she believes the student-driven activism could be "a tipping point." "There's just this energy in the air," the Minnesota senator said of the demonstrations over the weekend, "As you look out at the sun shining over what is expected to be well over 500,000 kids, they can ask questions that adults can't ask, like, 'Why can't I go to my school and be safe?'"

Sen. Bernie Sanders, a Vermont independent who is part of Senate Democratic leadership, released a video in support of the students Saturday.

"Let me congratulate people from coast to coast who today are marching for our lives," the senator said in his recorded message. "Let me especially thank young people at the high school in Parkland, Florida, who are dealing with their grief by standing up and fighting back to make sure that tragedies like they experienced never happen again."

The March for Our Lives is a student-led demonstration to protest gun violence and call for stricter gun laws.

"No special interest group, no political agenda is more critical than timely passage of legislation to effectively address the gun violence issues that are rampant in our country," the March for Our Lives website states.