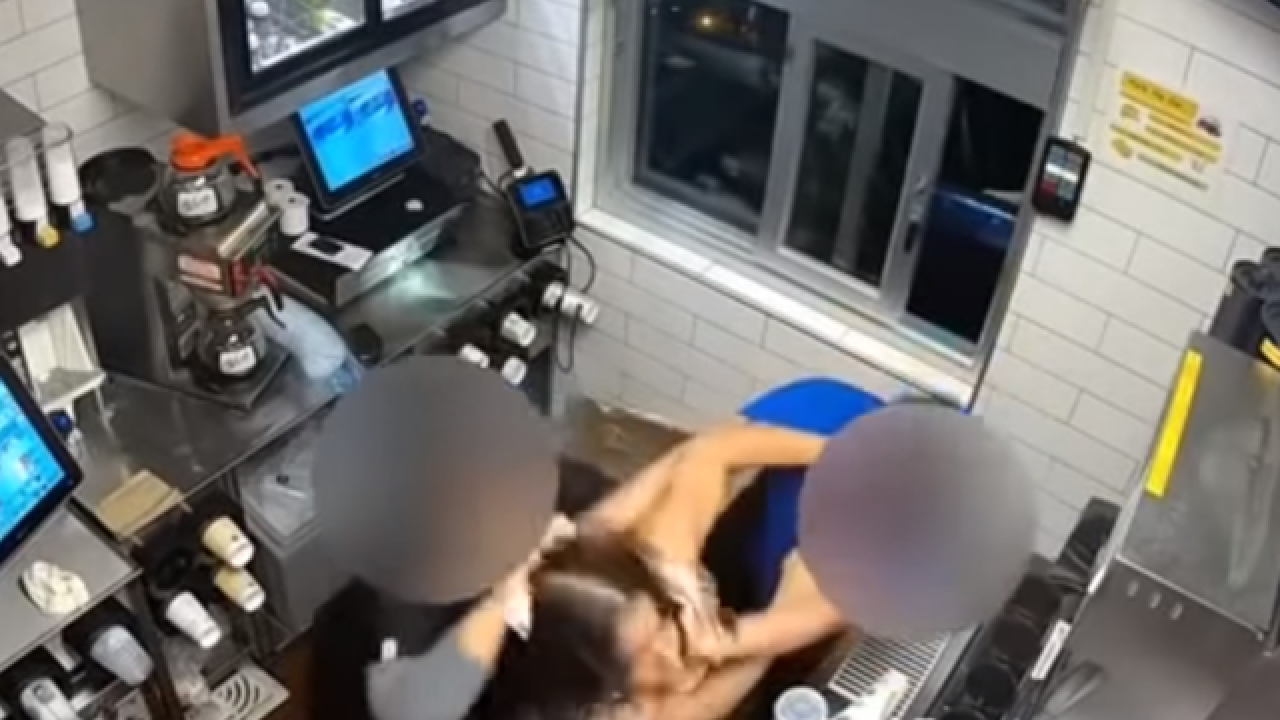 SANTA ANA, Calif. (AP) -- Police are seeking a woman who pushed, punched and choked a McDonald's manager because she wanted ketchup.

Police in Santa Ana, California, say the assault took place around 11 p.m. on Oct. 27 when the drive-thru customer entered the restaurant through an employee door and asked for the condiment. Video released by police shows the woman attack the manager after she was told she could not be in the building.

The footage shows other employees trying to help before a man, who police believe was with the suspect, ran into the restaurant and pulled the woman off the manager. The pair left.

Watch the surveillance video below: