Police officer adopts baby from homeless woman he helped while on duty: "I fell in love right away" 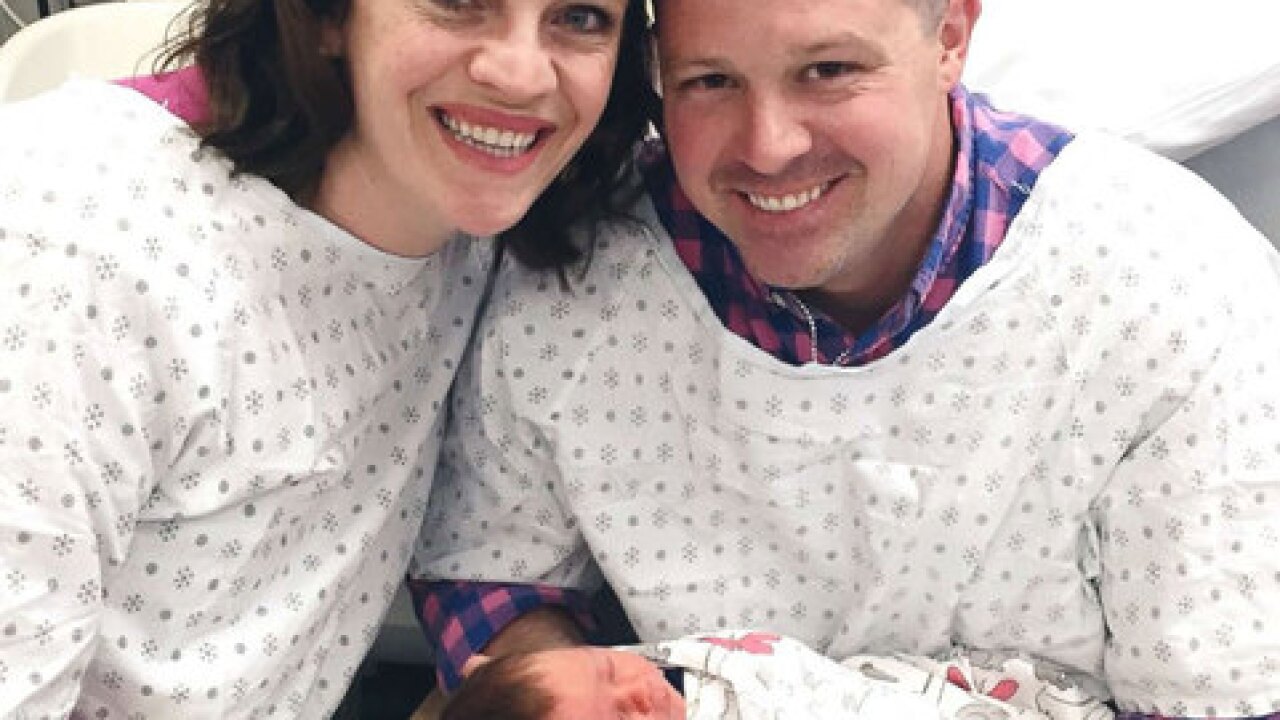 Copyright 2018 Scripps Media, Inc. All rights reserved. This material may not be published, broadcast, rewritten, or redistributed.
The Whitten Family 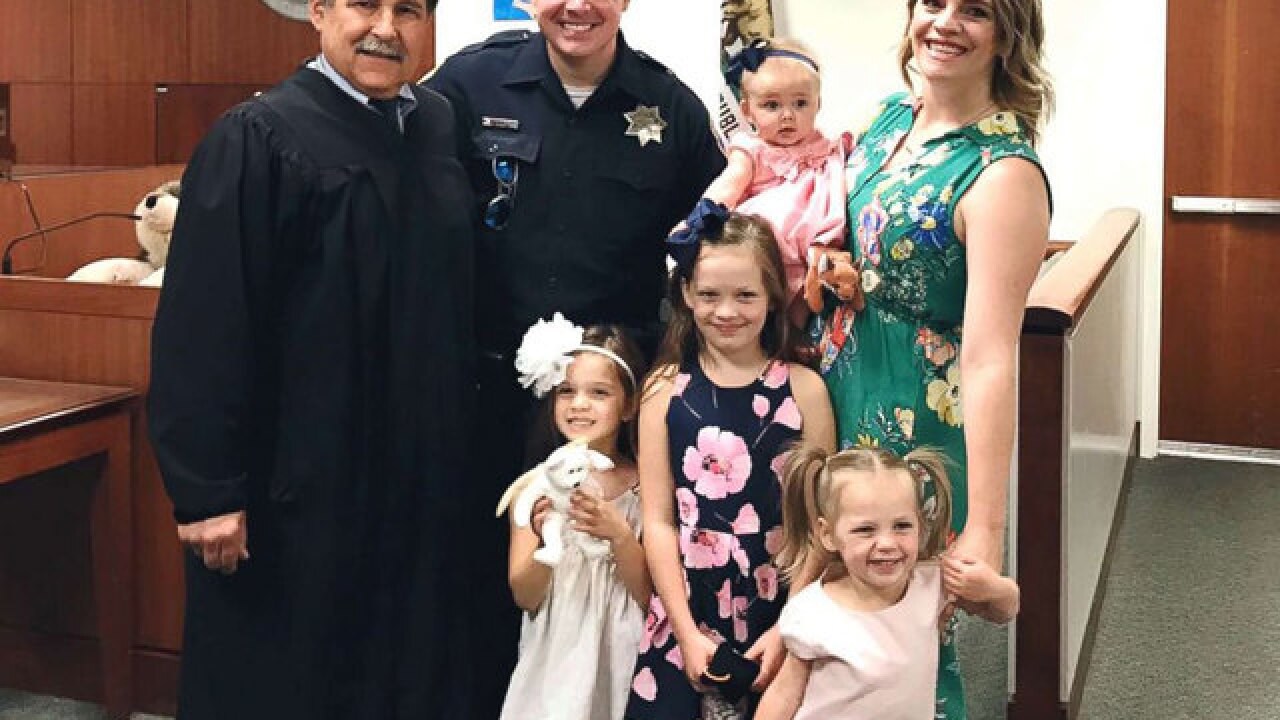 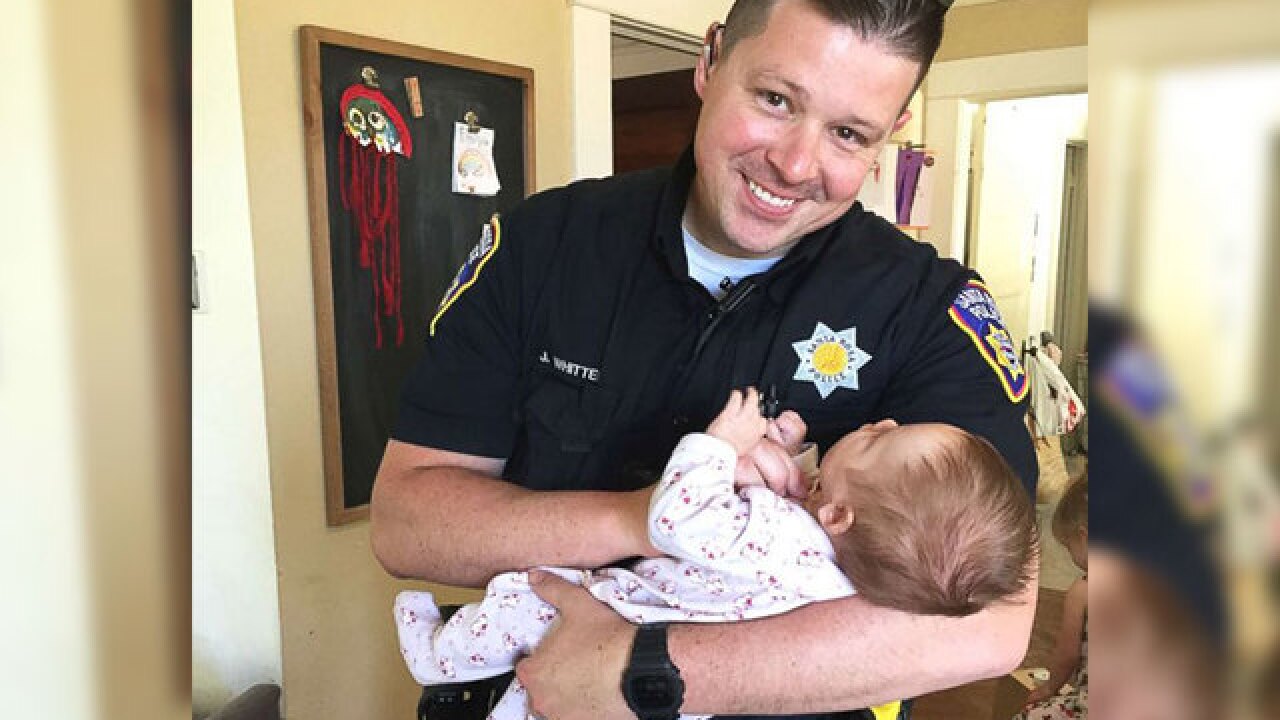 SANTA ROSA, CA — A California police officer is now a father of four after adopting a baby from a woman who is homeless.

Jesse Whitten, 33, of the Santa Rosa Police Department, was asked by the baby's mother, whom he had met while on patrol, if he and his wife would adopt her child. Last week, the adoption became official.

"I fell in love right away," Whitten told "Good Morning America" about his daughter, Harlow, who is 7 months old. "She's so adorable. She will cry if she needs something, obviously as babies do, but as soon as we would touch her, she'd immediately stop crying. She knew right away that she was safe."

Whitten, who is also dad to Reese, 7, Kendall, 5 and Stella, 3, said he met the biological mother of baby Harlow last Spring while she was pregnant with the child. The woman was suffering from a drug addiction.

"Like a lot of people I've talked to, I heard about her life and her story," Whitten explained. "I knew her [other] two children from the camp I had worked at for foster youth. When she started talking about them, I had an immediate connection with her just by knowing who her wonderful children were."

Whitten said that around that time, his wife, Ashley Whitten, was accompanying him on a ride-along and was introduced to the same woman who the couple would later adopt a child from.

"My wife noticed the woman was pregnant and she placed my wife's hand on her belly to let her feel who is now our daughter," Whitten said.

Whitten said he had offered to bring the woman to a shelter, and that at one point, he drove her to a detox and rehab facility. He added that on another occasion, the woman asked if he and his wife would be willing to adopt her baby. Whitten said that at the time, he was unsure if she was serious about her request.

But on Feb. 9, the woman gave birth to a baby girl. Whitten said the woman had tried to get clean on multiple occasions but that baby Harlow was born with heroin in her system.

Because the woman was homeless and there were drugs in the baby's system, the county had asked the woman if she wanted to arrange for emergency placement in foster care. Instead, she asked the county to "call Officer Whitten," Whitten recalled.

"She said, 'I knew you had daughters. I knew you were firm, but you were fair,'" Whitten said of his conversation with the woman at the hospital. "She had this vision of her daughters playing in tutus with her sisters. That's what she said she wanted."

On Aug. 30, the Whittens officially adopted the child. They named her Harlow Maisey Whitten. Her middle name was given by her biological mother. The Whittens kept it to honor the woman, they said.

The Santa Rosa Police Department congratulated the family on their new addition in a Facebook post writing, "Ofc. Whitten, the proud father of three girls already, opened his heart and his home to this baby. And now it's official!"

Harlow's new mom, Ashley Whitten, told "GMA" that the child's biological mom had envisioned "this beautiful life for her daughter and because of her situation, she couldn't give that to her. But because of her interactions with Jesse [Whitten] through the police department, she knew she could trust him."

As for what's next, the Whittens said they'd like to continue advocating for foster children.

"Through our experience, we are so sure that no child is broken and they don't need us to fix them," Ashley Whitten said. "They just need love."