Police dog sniffs out $10 million worth of drugs

A police dog helped officers in Chicago recover more than 1,500 pounds of narcotics with an estimated street value in excess of $10 million.

The dog smelled the drugs during a traffic stop, and Chicago Police Department officers discovered the stash quickly thereafter, according to a post on the department's Facebook page.

The pickup truck that contained the contraband was stopped around 7 p.m. on June 21 in the 14200 block of Menard Avenue, in south suburban Midlothian, according to ABC Chicago station WLS-TV.

The drugs likely were en route to California, and the driver was arrested and charged with possessing more than 5,000 grams of cannabis, police said. 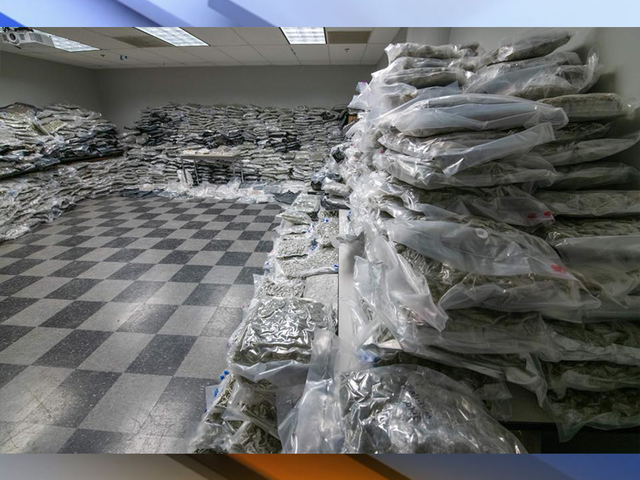 The suspect, Jason Tanner, 42, of Lakehead, California, appeared in court June 22 and his bail was set at $50,000, WLS reported. He's being held at Cook County Jail and due back in court July 10.