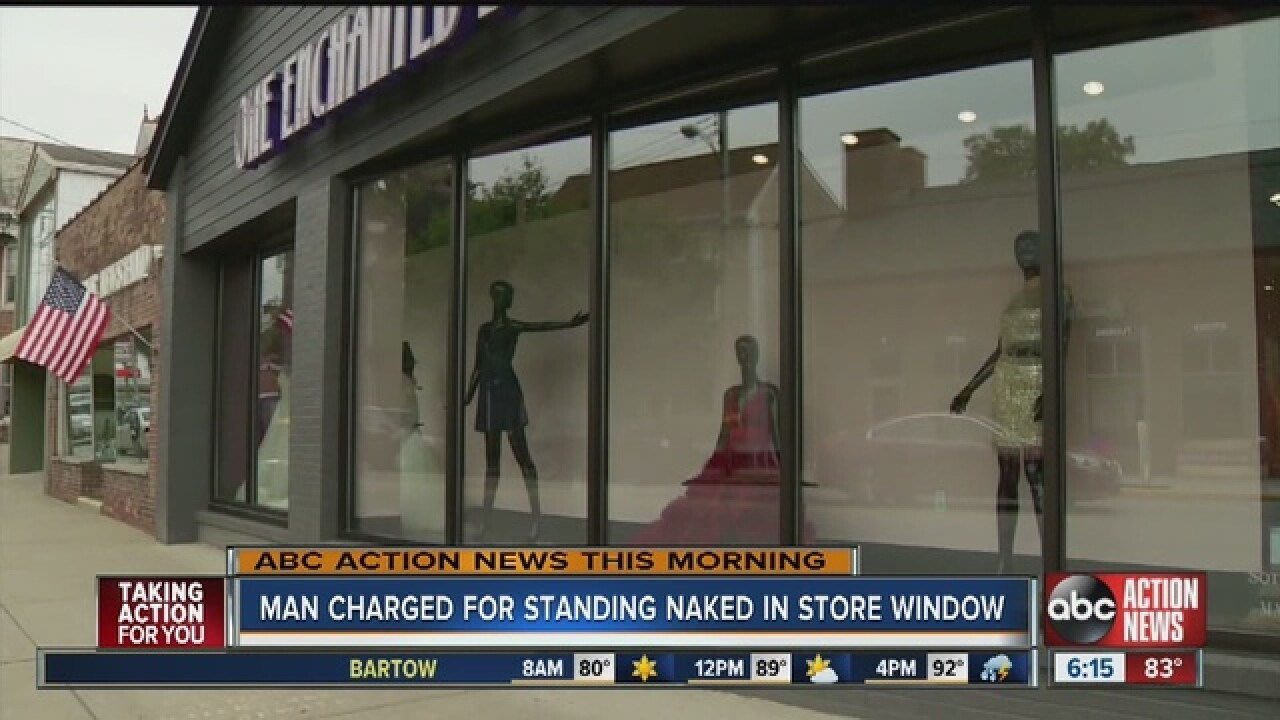 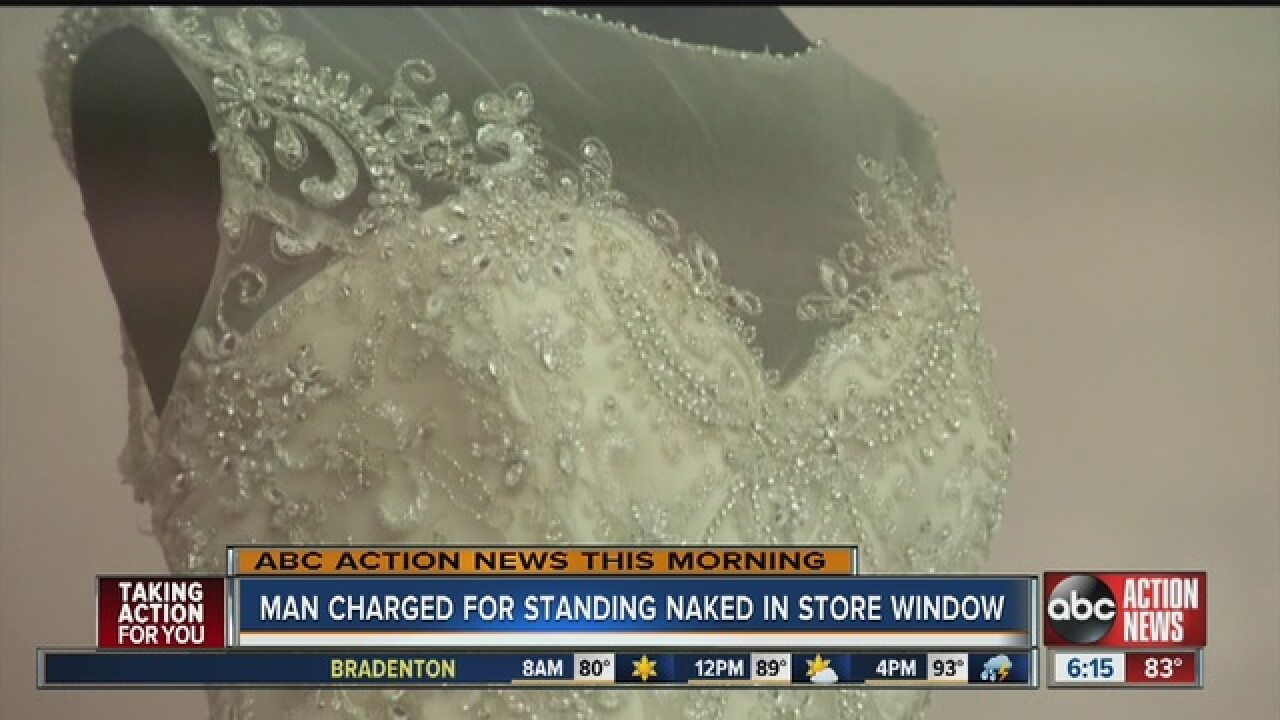 The co-owner of a bridal shop has been charged with indecent exposure after three women reported him standing naked next to mannequins in the store's display window.

Authorities said three women saw him on July 20 at One Enchanted Evening, in Zelienople (zee-lee-en-OH'-pul), Pennsylvania, which offers bridal, prom and pageant fashions.

One woman provided a cellphone photo. One Enchanted Evening's website shows it closed at 4 p.m. that day.

Police said he smelled of alcohol. Scolieri told them he consumed two drinks.

Court documents don't list an attorney. A listed number for Scolieri couldn't be found Wednesday and a message left at the shop wasn't immediately returned.