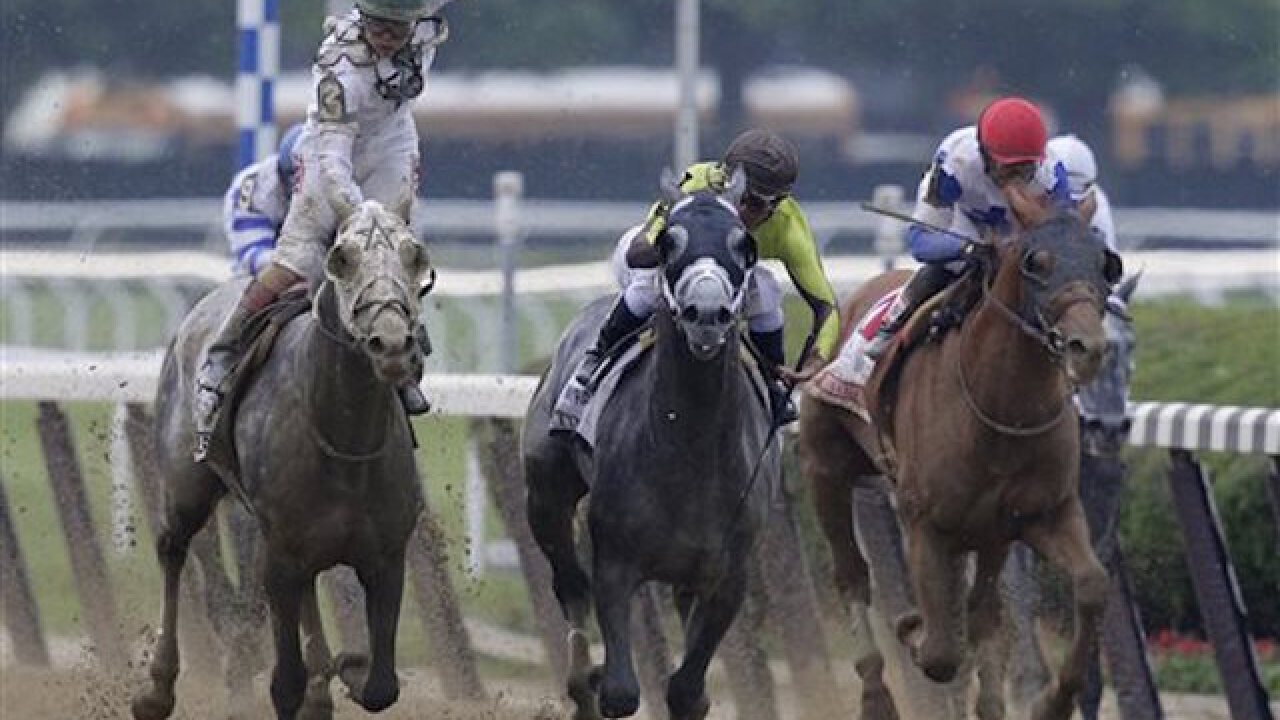 NEW YORK (AP) — Creator closed with a rush and caught Destin at the wire to win the $1.5 million Belmont Stakes on Saturday, with Preakness winner Exaggerator finishing well back in the field.

The 3-year-old gray colt trained by Steve Asmussen came flying down the stretch as Destin tried to hang on to the lead. But it was Creator, who finished 13th in the Derby and skipped the Preakness, who won by a nose. It was the fourth time the Belmont was decided by a nose — the closest possible margin of victory.

Preakness winner Exaggerator was sent off as the 7-5 favorite in the field of 13. He was closer to the lead than usual, but wound up 11th.

A year ago, American Pharoah ran to Triple Crown glory at Belmont Park, but a Triple wasn't on the line this time. Nyquist won the Kentucky Derby, but finished third in the Preakness and did not run in the Belmont.