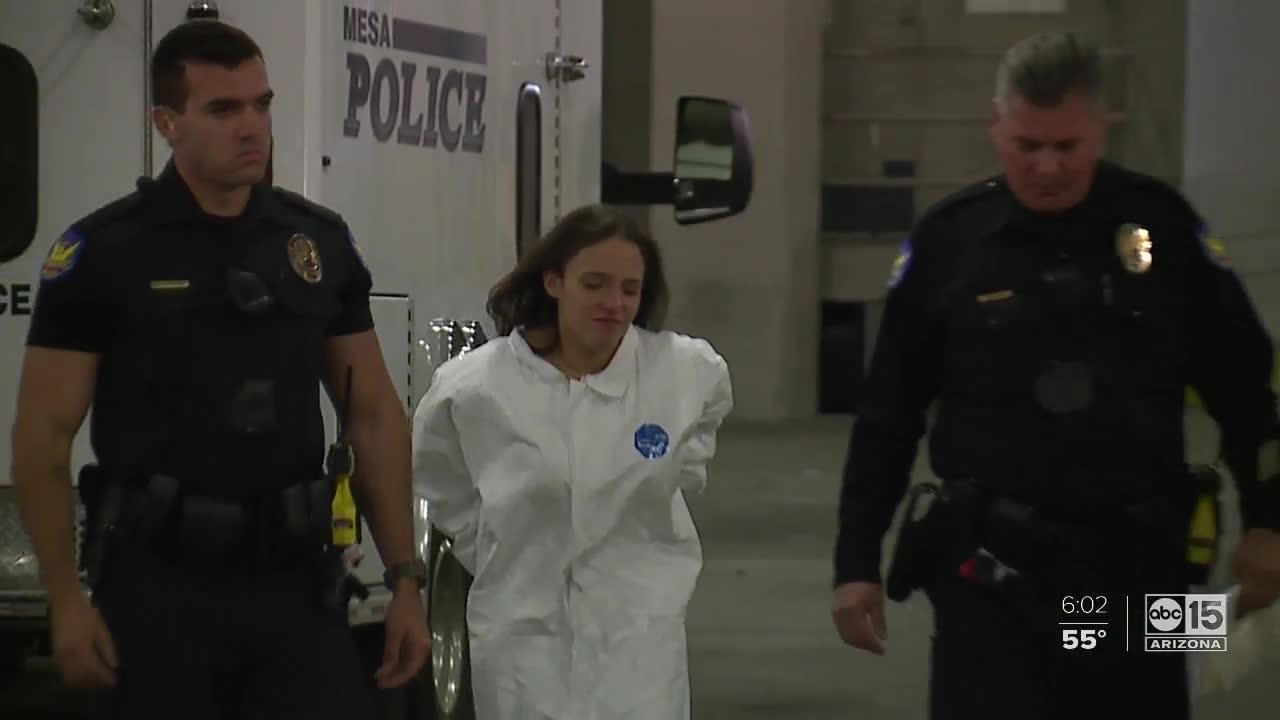 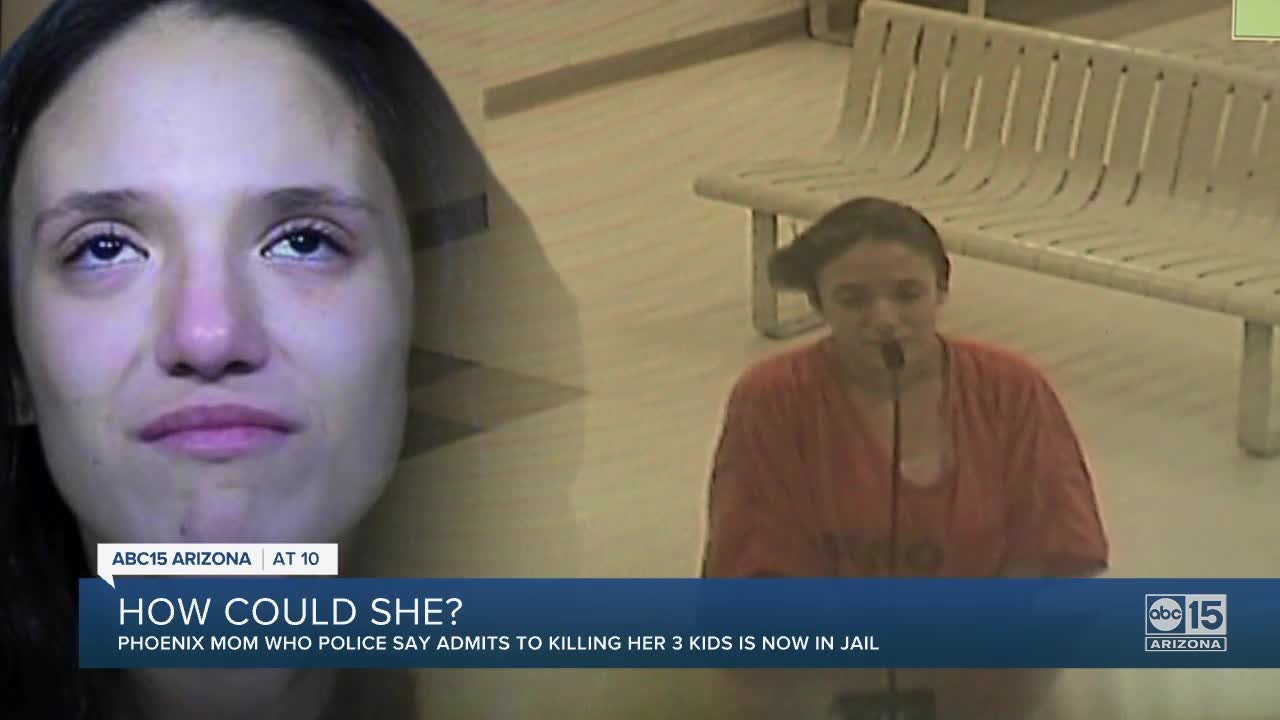 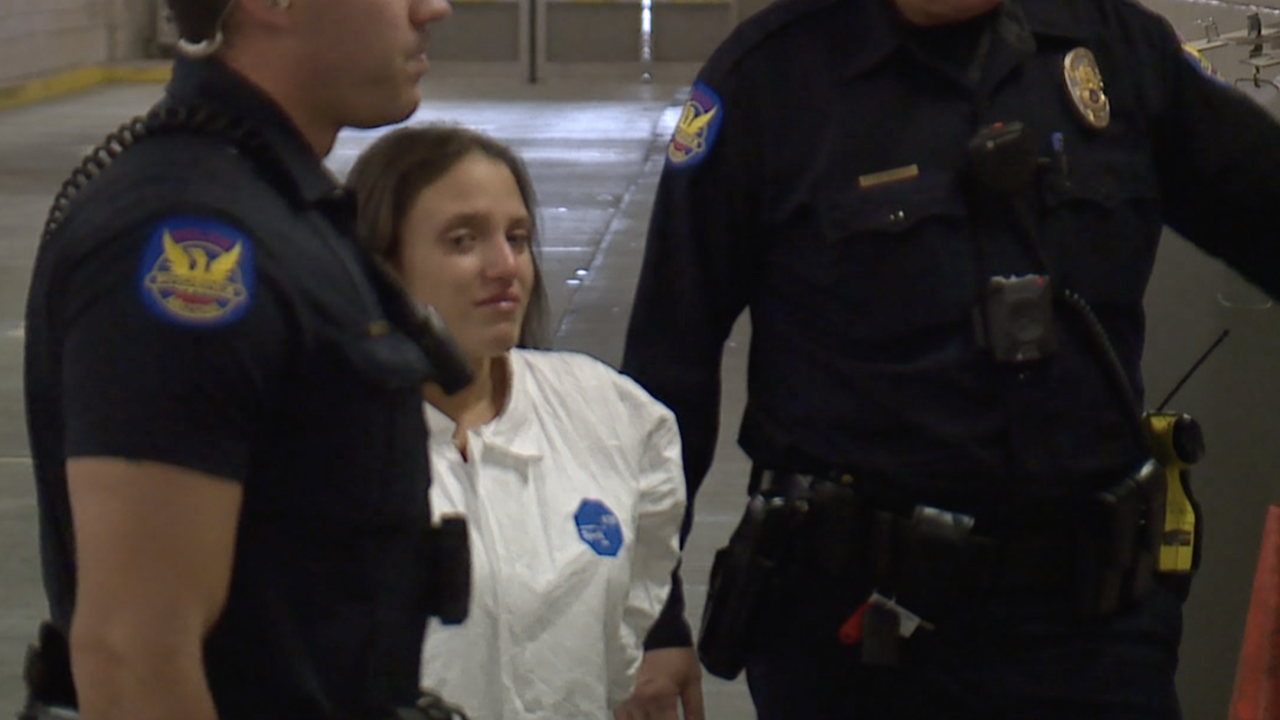 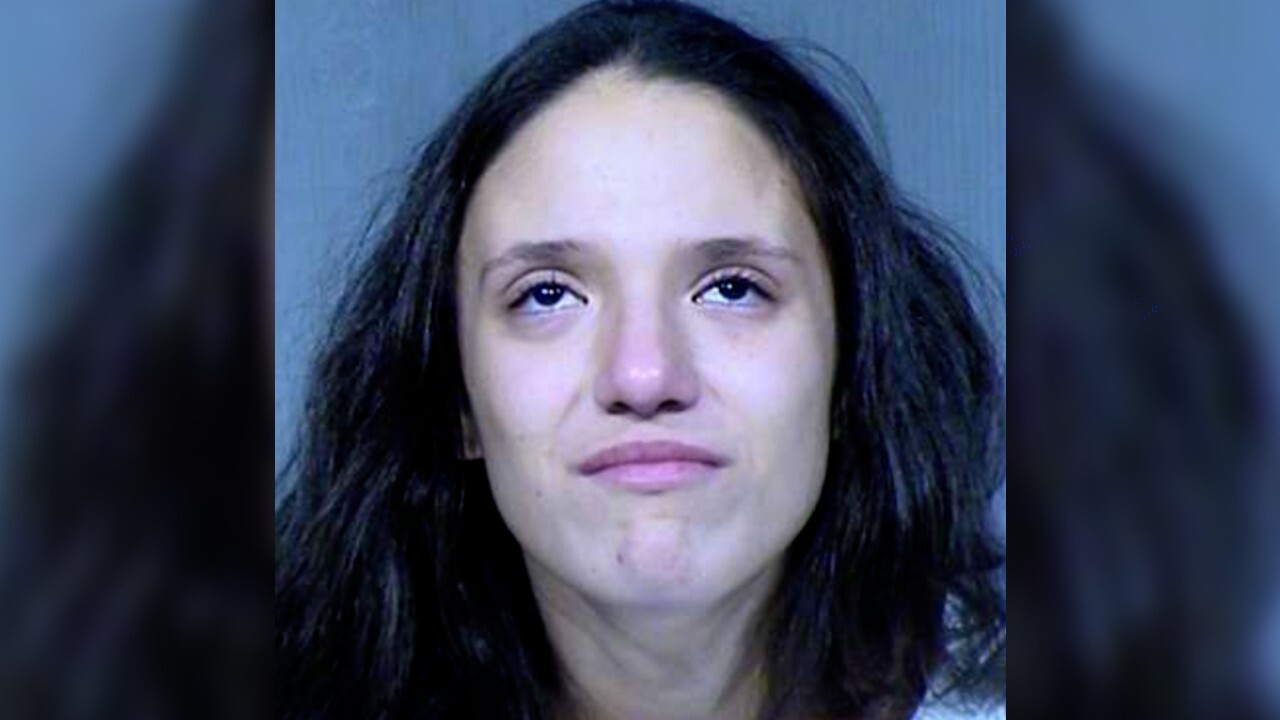 PHOENIX, Ariz. – An Arizona mother admitted to killing her three young children before laying them on a couch to make it look like they were taking a nap, according to court documents obtained by KNXV.

Rachel Henry, 22, was arrested Tuesday morning and booked into jail on three counts of first-degree murder.

Officers with the Phoenix Police Department were called to the family’s home near 24th Street and Southern Avenue at about 7:25 p.m. Monday for an “unknown trouble call.” When officers arrived, police say they were met by the mother, father and another relative.

Officers then entered the home and that's when police say they found the three kids unresponsive in a front living room area. CPR was performed on the 3-year-old boy, 2-year-old girl, and 7-month-old girl before they were pronounced dead.

Police say Henry told officers the children had been sick before later admitting to killing them. She allegedly smothered them while other adults were in the home, unaware of what she was doing.

An attorney for the state said, “by her own admission, she has a history of drug addiction, specifically to methamphetamines and my understanding is her kids have previously been removed from her home by DCS.”

Court documents state one of the people police interviewed in the case said, "Rachel had a methamphetamine addiction and had been acting strange the past several days."

Henry’s next-door neighbor, Miriam Soto, told KNXV that she saw the young mom talking to police Monday night and thought there was something off about her.

Catelin Klug tells KNXV she met Henry a few months ago and the two would often talk.

Klug isn't sure what caused her friend to snap.

"I just want to know why," Klug said. "It doesn't seem possible to me that she would do that to them, the way she spoke of them."

Phoenix Fire spokesman Rob McDade said the firefighters who responded to the call were sent home early to be with their families after such a traumatic scene. Their shift was supposed to end Tuesday.

"This is one of the most difficult calls that officers and fire respond to, ones dealing with young ones who have lost their lives," Phoenix Police Sgt. Mercedes Fortune said.

Henry remains in jail, where she faces a $3 million bond, KNXV reports.