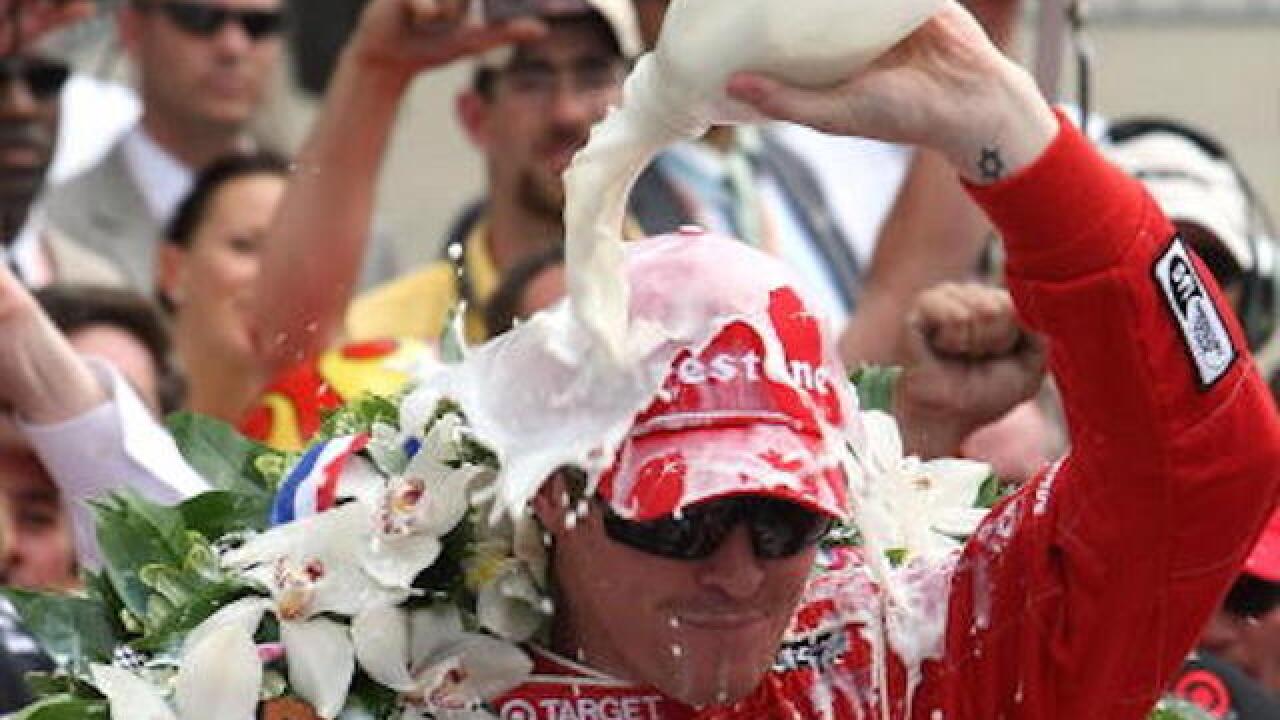 Jonathan Ferrey
<p>INDIANAPOLIS - MAY 25: Scott Dixon, driver of the #9 Target Chip Ganassi Racing Dallara Honda, pours milk over his head in the winner's circle in celebration of winning the IRL IndyCar Series 92nd running of the Indianapolis 500 at the Indianapolis Motor Speedway May 25, 2008 in Indianapolis, Indiana. (Photo by Jonathan Ferrey/Getty Images)</p>

Ever since Louis Meyer celebrated his 1936 Indianapolis 500 victory with a swig of buttermilk, winners of “racing’s greatest spectacle” have followed in his footsteps. But if PETA had its way, winners would celebrate with vegan soy milk instead.

Claiming that “cow’s milk is for calves, not for drivers or other humans,” the animal rights group has purchased a billboard near Indianapolis Motor Speedway denouncing one of the most iconic traditions in sports.

“Since toasting with a swig of bovine breast milk is, well, rather milk toast, we’re encouraging fans to raise a glass to the races and to moms with a more appropriate beverage: Gatorade, soy milk, or, perhaps, the true celebration drink—champagne,” PETA said in a blog post on Tuesday.