Parkland student: My generation won't stand for this 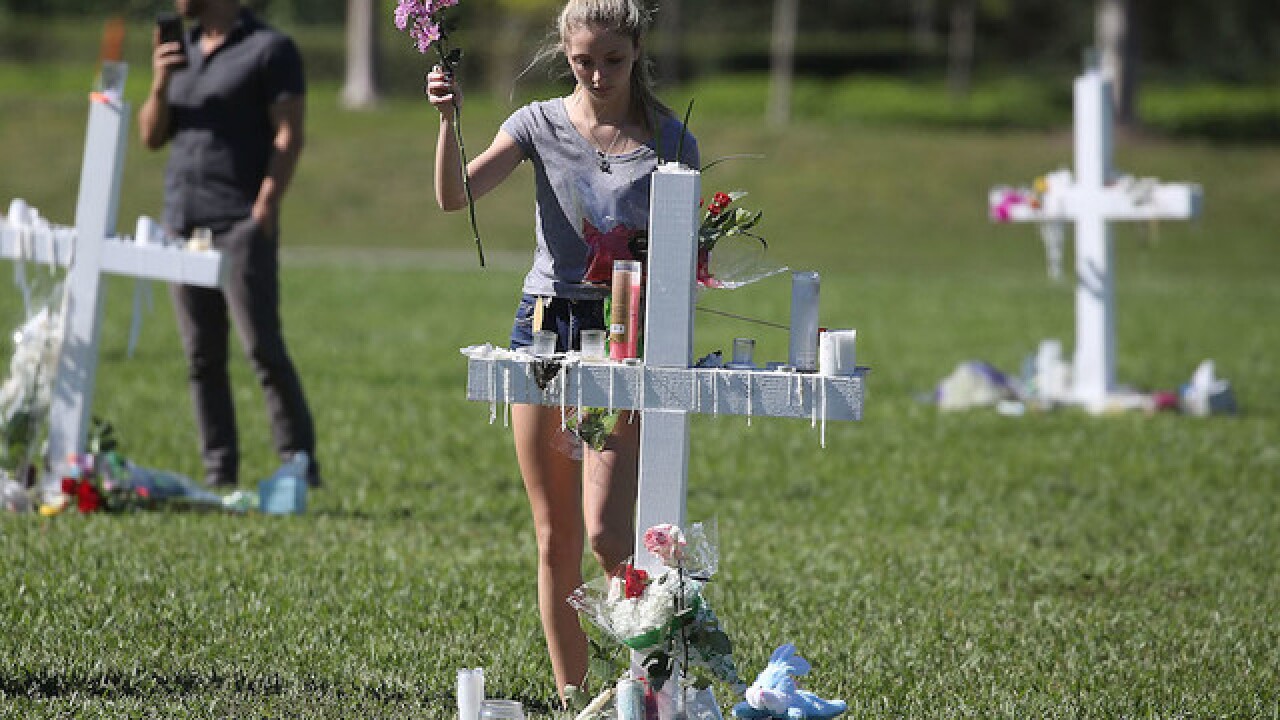 I thought it was going to be a wonderful day. My high school, Marjory Stoneman Douglas, was full of cheerful students -- many of whom were celebrating Valentine's Day with one another. Even those who didn't have a Valentine seemed like they could find reasons to smile.

But then, of course, everything changed. Toward the end of the day, I went to pick up my little brother Holden from the special needs classroom. As we exited the school, the fire alarm went off. And as we retreated to the parking lot, per fire drill procedure, we were told to run back inside.

It was very confusing, especially since I was surrounded by special needs students. But the truth is, nobody really knew what was going on. We huddled in a room, listening to terrifying noises we couldn't quite identify, and spent an hour plagued by uncontrolled anxiety ... waiting for answers. Waiting for somebody to either come in and shoot us or come in and tell us everything was going to be OK.

Eventually, the SWAT team came in and did an excellent job taking care of the students with disabilities. We were then escorted to our evacuation location and, after hours of confusion and terror, my brother and I made it home.

Though we made it home, 17 people didn't. Those 17 people were murdered on the grounds of a school that has always felt like the safest place to be in a town that's been called the safest town in Florida.

We can't ignore the issues of gun control that this tragedy raises. And so, I'm asking -- no, demanding -- we take action now.

Why? Because at the end of the day, the students at my school felt one shared experience -- our politicians abandoned us by failing to keep guns out of schools.

One of the most frustrating arguments I've heard is that it wasn't the Republican Party that killed those people and it wasn't the National Rifle Association -- it was the shooter himself. I understand where they are coming from. I do not believe this was a direct attack from the Republicans or their close allies at the NRA.

However, the shooter is not the only one responsible for this tragedy. While the alleged shooter may have had several issues, he also lived in a society where Sen. Marco Rubio refuses to take responsibility for the role gun culture may have played in this tragedy.

And there is no denying that the NRA continues to donate millions of dollars to politicians at every level of government. Then those politicians -- often "family values" conservatives -- rile up their base by making them think that "liberals" are going to take their guns away. Not knowing any better, some of these people stockpile guns in advance of a gun ban that never comes, and the gun manufacturers and the NRA make millions.

But the truth is that the politicians on both sides of the aisle are to blame. The Republicans, generally speaking, take large donations from the NRA and are therefore beholden to their cruel agenda. And the Democrats lack the organization and the votes to do anything about it.

I'm just a high school student, and I do not pretend to have all of the answers. However, even in my position, I can see that there is desperate need for change -- change that starts by folks showing up to the polls and voting all those individuals who are in the back pockets of gun lobbyists out of office.

Please do it for me. Do it for my fellow classmates. We can't vote, but you can, so make it count.