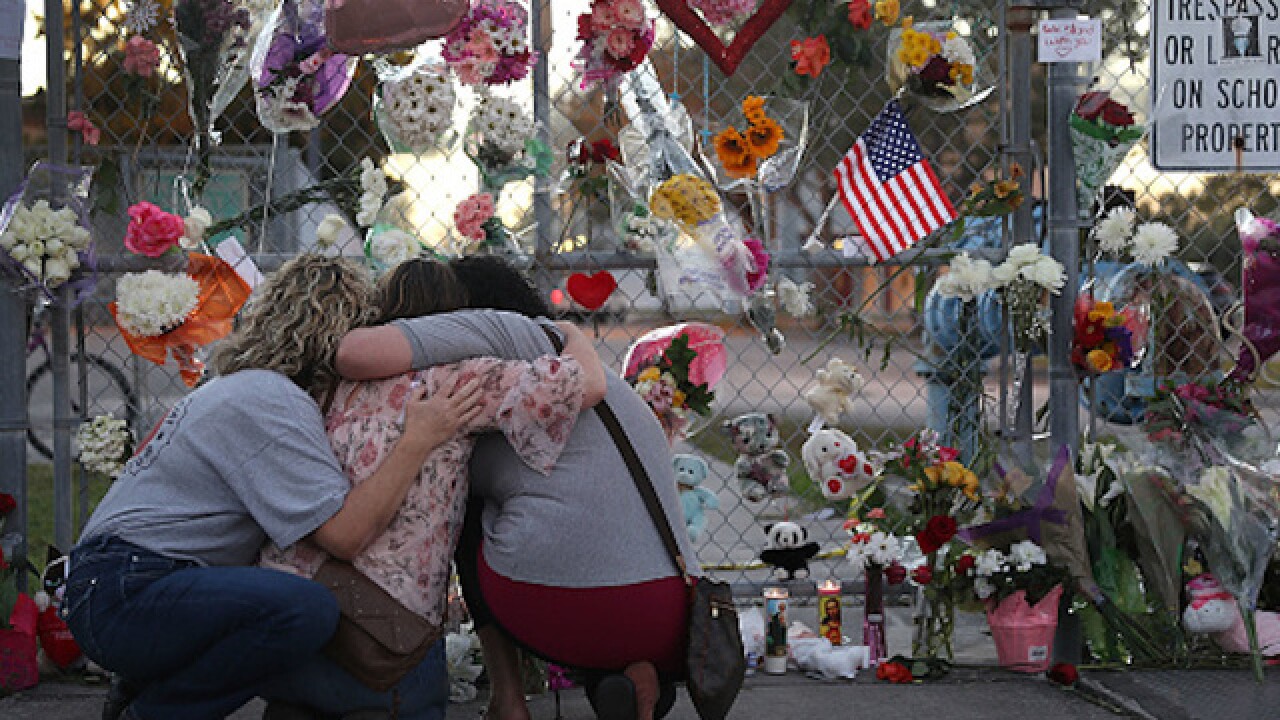 People gathered outside Marjory Stoneman Douglas High School paying tribute to victims with flowers and teddy bears for six weeks after the shooting. When students return from Spring Break on Monday, those mementos will be gone.

Volunteers dismantled the makeshift memorial on Wednesday. They took away the 17 white crosses and Jewish stars bearing the names of the students and faculty killed in the Valentine's Day shooting.

Students, parents and friends of the victims sorted through dozens of hand-written letters, poems and photos that stretched along the school's wire fence.

"A lot of the volunteers were crying as they were pulling apart the memorial, and it's hard," volunteer Golden Johansson told CNN affiliate WSVN. "But we're trying to do our best for them, and to keep their memory alive."

They filled cardboard boxes with items that would be cataloged and saved for a future memorial site. The flowers and plants will be composted.

In the weeks following the shooting, people dressed as angels walked next to the memorial as community members paid their respects to the victims.

For now, the tokens will be stored inside climate controlled rooms at Florida Atlantic University until plans for a long-term site are finalized, according to the Parkland Historical Society.

"We want this stuff to be here in 100 years, 150 years, so that people can look back and see not only what took place, unfortunately, but what was left behind by the community and the hearts and tears that were poured out," Jeff Schwartz, president of the historical society told WSVN.

The removal of the memorial comes just days after two people were arrested for stealing several of the site's items, including teddy bears, photos and framed poems.

Michael Kennedy, 37, and Kara O'Neil, 40, were arrested Sunday night and charged with disfiguring a tomb or monument. Both were being held on a $1,000 bond, WSVN reported.