Owning a dog tied to lowering your risk of dying early by 24%, study says 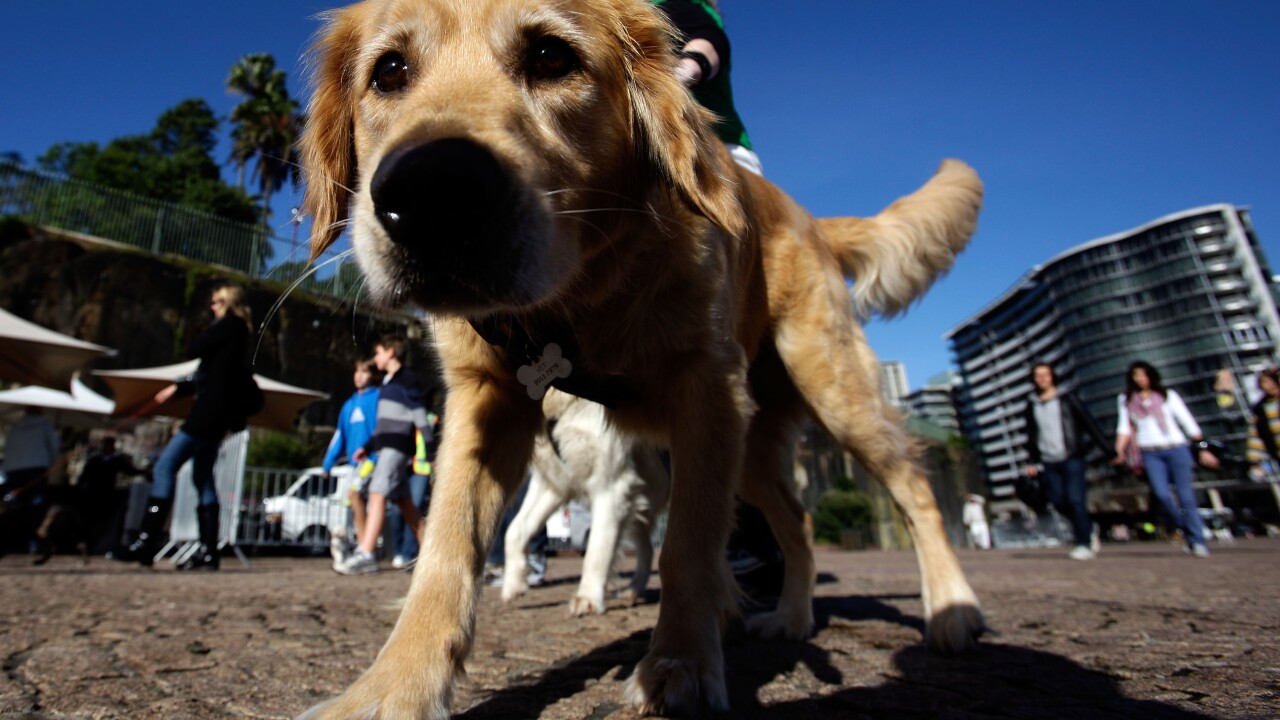 Need an excellent reason to add a dog to your life? How about living longer?

"Our analysis found having a dog is actually protective against dying of any cause," said Mount Sinai endocrinologist Dr. Caroline Kramer, lead author of a new systematic review of nearly 70 years of global research published Tuesday in "Circulation," a journal of the American Heart Association.

"Dog ownership was associated with a 24% reduction in all cause mortality," said Kramer, an assistant professor in the division of endocrinology and metabolism at the University of Toronto.

The meta-analysis found an even bigger benefit for people who had already had a heart attack or stroke.

"For those people, having a dog was even more beneficial. They had a 31% reduced risk of dying from cardiovascular disease," Kramer said.

A separate study of more than 336,000 Swedish men and women, also published Tuesday in "Circulation," likewise found people who owned dogs had better health outcomes after suffering a major cardiovascular event such as heart attack or stroke.

Heart attacks and stroke are the leading causes of death globally, according to the World Health Organization.

The benefit was highest for dog owners who lived alone.

"The most interesting part of this study was that people who lived alone actually seem to get the greatest benefit in both the heart attack group and the stroke group," said dog owner Dr. Martha Gulati, who is the editor-in-chief of CardioSmart.org, the American College of Cardiology's patient education platform.

"People who lived with a dog actually had less mortality than people living alone who didn't have a dog," said Gulati, who was not involved in either study.

"We know that loneliness and social isolation are strong risk factors for premature death and our hypothesis was that the company of a pet can alleviate that," said study author Tove Fall, an associate professor of epidemiology at Uppsala University in Sweden.

"Single owners have to do all the dog walks and we know that physical activity is important in rehabilitation after a myocardial infarction or stroke," Fall added.

Both published studies were observational, meaning that researchers cannot prove that dog ownership was the direct cause of the increased life expectancy or the better health outcomes after heart attack and stroke; only a randomized clinical trial could answer those questions.

"Is it the dog or is it the behaviors?" Gulati asked. "Is it because you're exercising or is it because there is a difference in the type of person who would choose to have a dog versus somebody who would not? Are they healthier or wealthier? We don't know those things."

The American Heart Association points to studies that found pet owners who walk their dogs got up to 30 minutes more exercise a day than non-walkers.

"There are studies suggesting that individuals who have dogs have a better cholesterol profile and lower blood pressure," said Kramer, who is a dog owner.

"One study, my favorite, found just the effect of petting a dog can reduce your blood pressure as much as a medication," Kramer said.

Other studies suggest dogs provide companionship and affection that can reduce anxiety and depression. That's especially important after a major illness, such as a heart attack or stroke.

"We know that if you have depression after a heart attack, you're more likely to have a poor outcome," Gulati said, which is one reason so many hospitals have begun using therapy dogs for cardiac patients.

In fact, a number of cardiologists believe in the benefits of dog ownership so much they will actually prescribe a dog for their patients, if they believe the person can appropriately care for a pet.

"I know a lot of my patients often say to me after they have a heart attack or stroke, can I even take care of a dog? They worry because they don't want to leave the dog alone if something happens to them," Gulati said.

"But if possible, I always encourage them to get a dog," she said, "perhaps an older dog who needs to be rescued and not a puppy that will be harder to manage."

"While these non-randomized studies cannot 'prove' that adopting or owning a dog directly leads to reduced mortality, these robust findings are certainly at least suggestive of this," said Dr. Glenn Levine, chair of the writing group of the American Heart Association's scientific statement on pet ownership.

However, the AHA also says that pet ownership is a caring commitment that comes with certain financial costs and responsibilities, so "the primary purpose of adopting, rescuing, or purchasing a pet" should not be to reduce cardiovascular risk.

According to the Centers for Disease Control and Prevention, studies show dogs decrease stress and promote relaxation and impact nearly all stages of our lives.

"They influence social, emotional and cognitive development in children, promote an active lifestyle, and have even been able to detect oncoming epileptic seizures or the presence of certain cancers," the CDC said .

Does that mean that even younger people benefit from having a dog?

"The overall understanding of cardiovascular health is that the earlier that we implement healthier behaviors, the better," Kramer said. "So like walking, not smoking. And I think that maybe dog ownership is part of that."