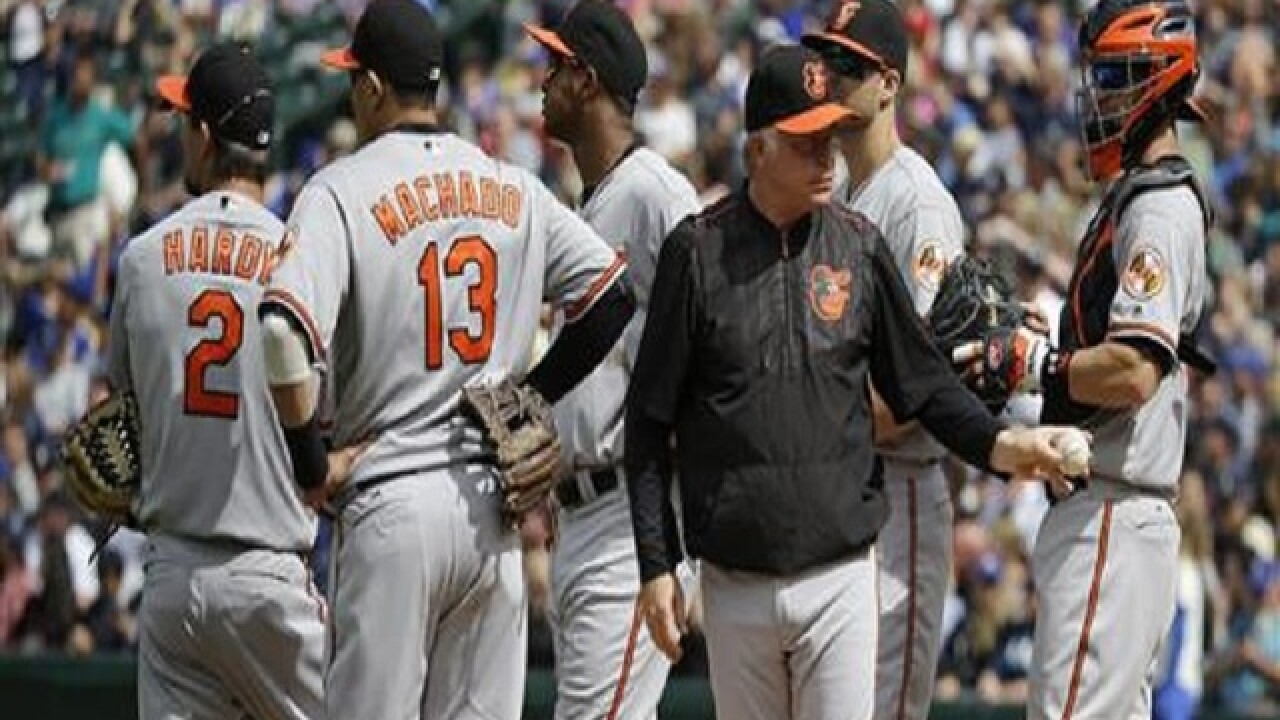 By: Associated Press
Posted at 8:32 PM, Jul 31, 2016
CHICAGO (AP) — Baltimore is hoping Wade Miley can turn his solid July into a big finish with the AL East leaders.
The Orioles acquired Miley in a trade with the Seattle Mariners on Sunday, giving manager Buck Showalter an experienced lefty for his rotation as the team tries to hold off Toronto and Boston for the division title.
"Wade Miley is a workhorse veteran left-handed starter who likes to pitch and compete," said Dan Duquette, the executive vice president of baseball operations for the Orioles. "We think he will contribute to this year's club with some quality innings."
Miley is 7-8 with a 4.98 ERA, but he had a 3.45 ERA in five July starts. He pitched seven innings of one-hit ball in Seattle's 4-1 victory against the major league-leading Chicago Cubs on Saturday.
"He was probably as good as he has been all year," Seattle manager Scott Servais said after Saturday's win at Wrigley Field. "He kind of brought a different attitude, mentality, whatever you want to say to the mound today. He was very aggressive from the get-go."
Miley was shagging fly balls before Sunday's game against Chicago when he left the field while Seattle continued taking batting practice. Servais soon followed him into the dugout.
Seattle received left-hander Ariel Miranda in the trade. The Cuban pitcher has spent most of the year with Triple-A Norfolk. He appeared in one game for Baltimore on July 3 at Seattle, allowing three runs and four hits in two innings.
The 29-year-old Miley was selected by Arizona with the 43rd pick in the 2008 amateur draft and made his major league debut with the Diamondbacks in 2011. He is 56-54 with a 4.07 ERA in six years in the majors.
Miley went 11-11 with a 4.46 ERA in 32 starts with Boston last year, and then was traded to Seattle in December.
Miley is making $6 million this season and is owed $8.75 million in 2017. His contract includes a $12 million club option for 2018 with a $500,000 buyout.
Copyright 2016 The Associated Press. All rights reserved. This material may not be published, broadcast, rewritten or redistributed.