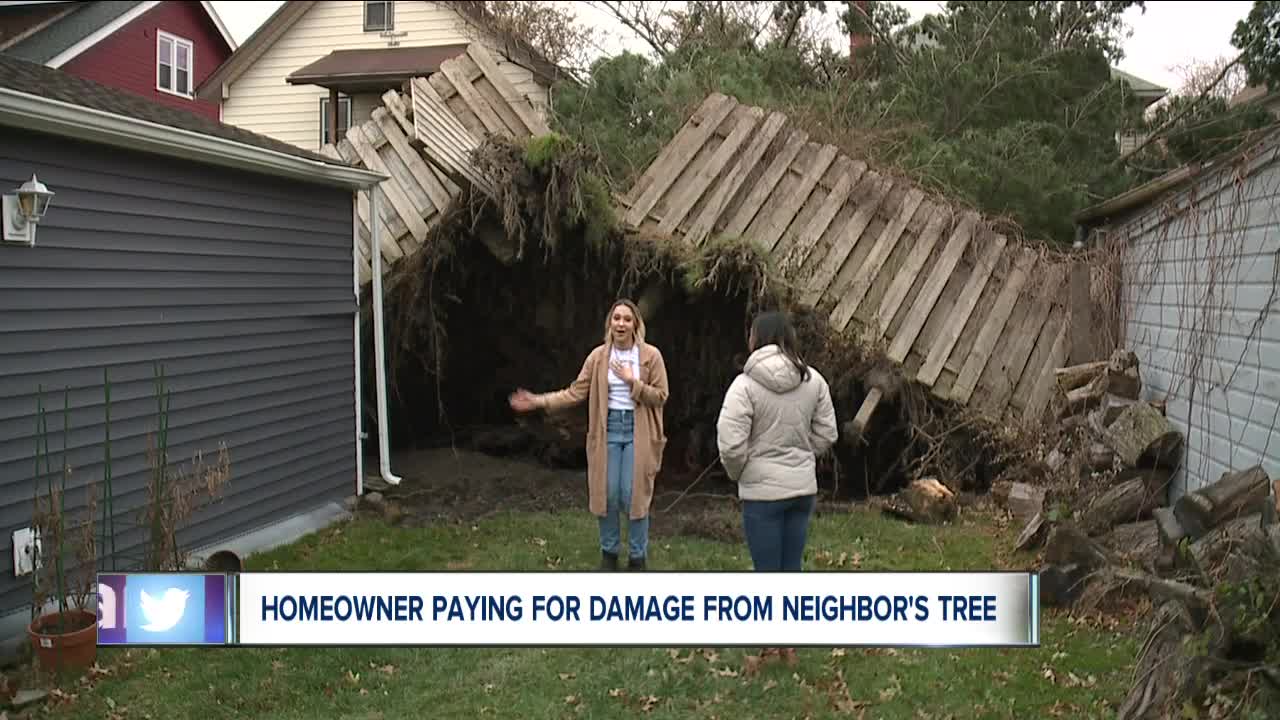 Some homeowners are still coping with the damage left behind after strong winds ripped through Northeast Ohio, which knocked down power lines and trees. 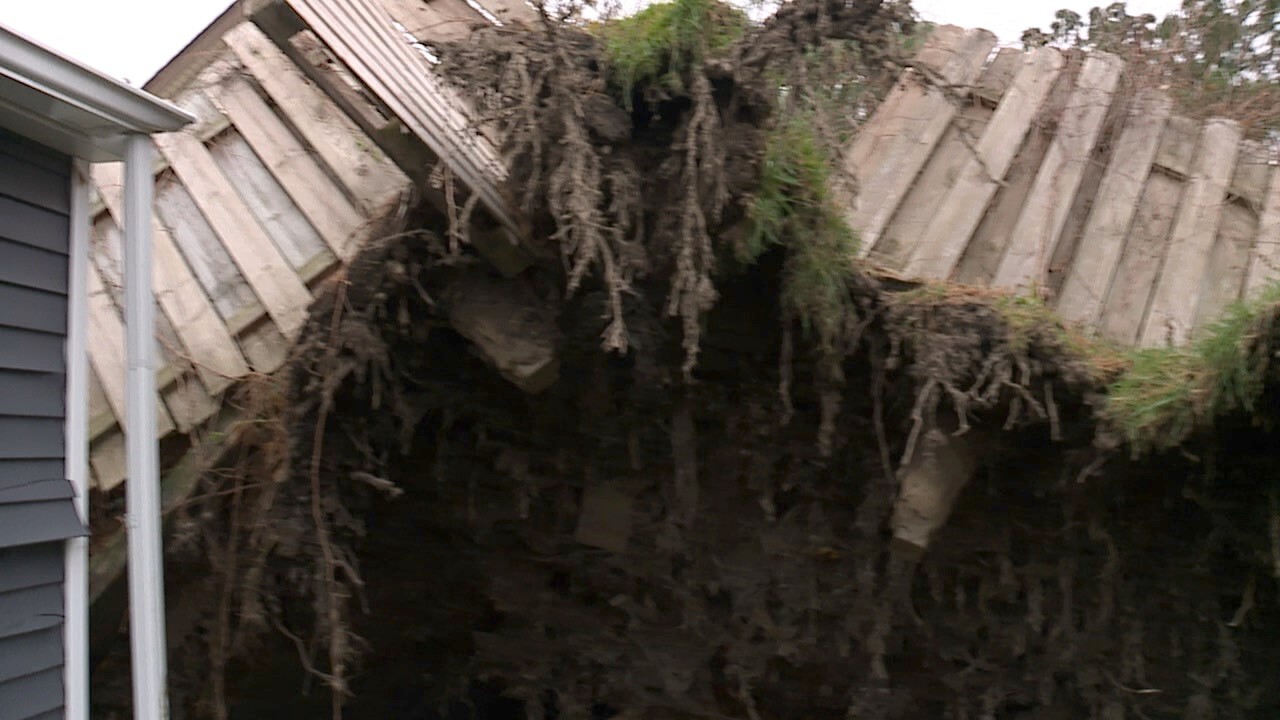 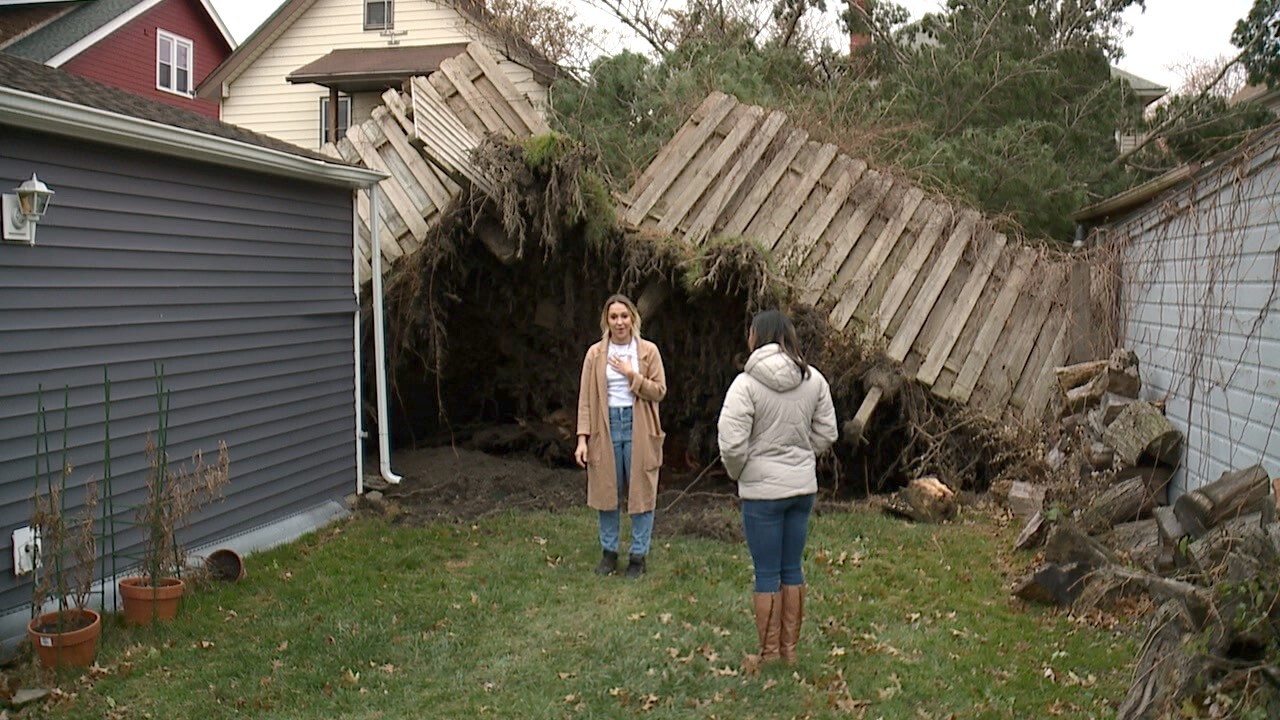 LAKEWOOD, Ohio -- Nate Haney was home when a tree in his backyard uprooted and fell onto his house. His garage was damaged and lifted by the tree’s roots.

“All of a sudden it was like this super loud thunder and I didn't know what was happening,” Haney said.

Haney’s property wasn’t the only one damaged by the tree. Cassie Widlak's property was also damaged. She lives behind Haney and says she knew this would happen.

“This tree has been leaning for years,” Widlak said. “I knew seeing that the root ball was coming up at the corner of their yard that this tree was a hazard.”

Widlak was at work when it happened.

“I did not expect the fence to be 12 feet in the air and my entire backyard just a complete 'Jurassic Park' looking scene,” she said. “To me it’s 25 percent wind, 75 percent neglect.”

The damage hangs just feet away from a garage Widlak poured thousands of dollars into last year. Her backyard fencing also needs replaced.

"I’m ultimately responsible for anything that happens on my property and that is the fence,” Widlak said. “I can’t even imagine the cleanup effort here.”

After researching and making several calls to her insurance company, Widlak learned she wouldn’t have been liable for the damage if she had sent a certified letter to her neighbor saying the tree is dangerous. She says she also should have documented reaching out to the city for help.

“Because I only took pictures and have text messages and a lot of conversations it doesn’t prove the fact that this tree wasn’t taken down by an act of God.”

Since her neighbor rents his home, removing the tree is the owner’s responsibility. As Widlak waits for that happens, she is hoping no more damage is in the meantime.

“It’s completely out of my control which is also really unfortunate,” Widlak said.

This story was originally published by Taneisha Cordell at WEWS.