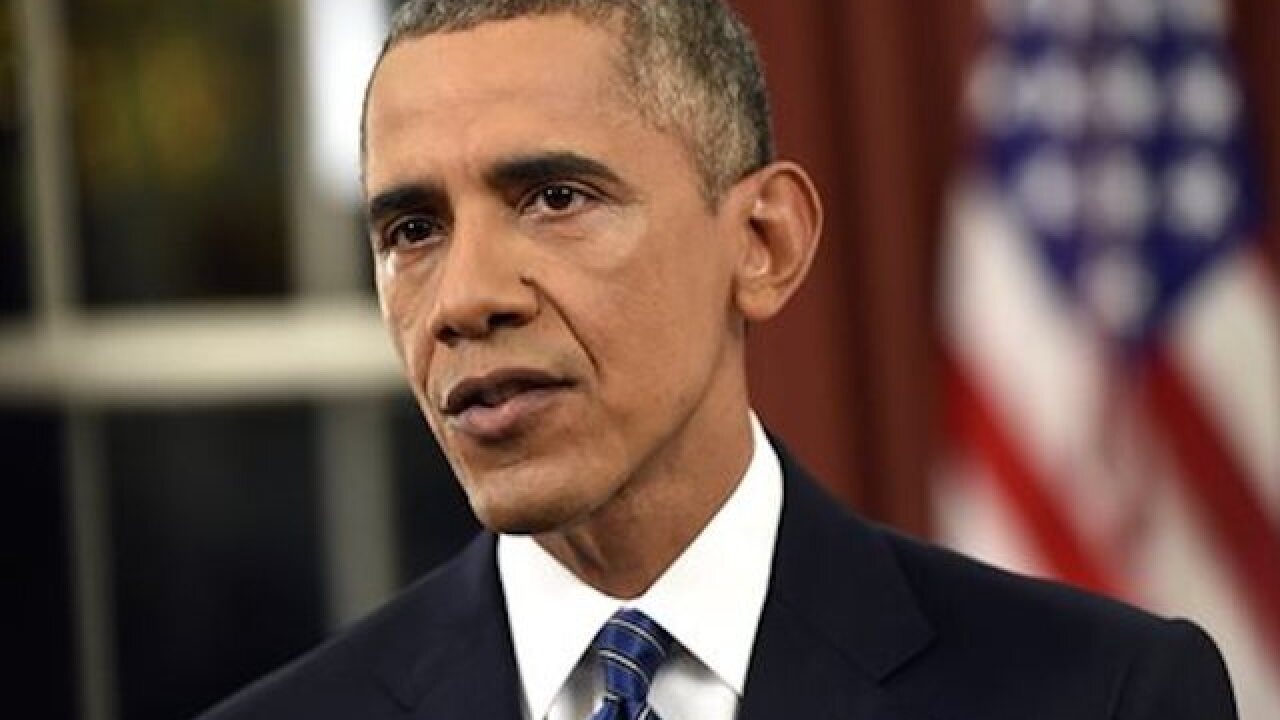 Saul Loeb
<p>In this Dec. 6, 2015, photo, President Barack Obama addresses the nation from the Oval Office at the White House in Washington. Fears of terrorism are hanging over Americaís holiday season, and Obama plans a series of events this week aimed at trying to allay concerns about his strategy for stopping the Islamic State group abroad and its sympathizers at home. (Saul Loeb/Pool Photo via AP)</p>

KANEOHE BAY, Hawaii (AP) — President Barack Obama may be one of the most powerful men in the world but he admits to feeling "small" when working out alongside Marines at their gym on base in Hawaii.

"The only problem I've got when I'm here is having to work out with Marines in the gym," Obama said during his annual Christmas Day visit with U.S. troops at Marine Corps Base Hawaii in Kaneohe Bay. "Because I generally feel like your commander in chief is in pretty good shape, and then I get next to some guy, you know, curling 100 pounds and it makes me feel small."

Obama works out at the base gym just about every day when he vacations here. With New Year's Day approaching, though, he told the troops he's inspired "to work harder so I can keep up with you next year."

Perhaps using the "workout stuff" his wife, Michelle, had said she was getting him for Christmas.

The 6-foot-1 Obama is known to enjoy a daily workout whether he's at home in the White House, traveling or on vacation. He plays golf practically every weekend in Washington when the weather cooperates, and he swings his clubs just about daily during extended vacations on Martha's Vineyard, Massachusetts, or here in his native Hawaii.

The Christmas visit with the troops has become a tradition for the Obamas during their annual vacation on the island of Oahu.

Obama said it's one of their favorite things to do because they get a chance to "say thank you on behalf of the American people."

This year's visit came four days after six U.S. service members were killed in a suicide attack in Afghanistan. In his first public comments on the attack, Obama praised the six individuals as "outstanding, brave men and women."

"As we know, when you're deployed overseas, it's tough," Obama said Friday. He said that although his administration has brought home troops from Iraq and Afghanistan, "there are still folks over there every single day and it's still dangerous, as we saw this past week, where we had some outstanding, brave men and women who were killed."

"So we never take for granted what all of you do for the American people," Obama said. "You help keep us free. You help keep us strong. Whatever service you're in, whatever branch, we are extraordinarily grateful for everything that you do every single day."

The six service members, including a New York City police detective who served in the U.S. National Guard, were killed Monday at Bagram Airfield in Afghanistan, the largest U.S. facility in the country, when a suicide attacker rammed an explosives-laden motorcycle into a joint NATO-Afghan patrol. The Taliban claimed responsibility.

Before the afternoon visit, Obama opened Christmas gifts and sang carols with his family at their vacation rental in nearby Kailua, about a half hour from downtown Honolulu.

Obama is on a 16-day vacation. He is scheduled to return to the White House just after the start of the new year.