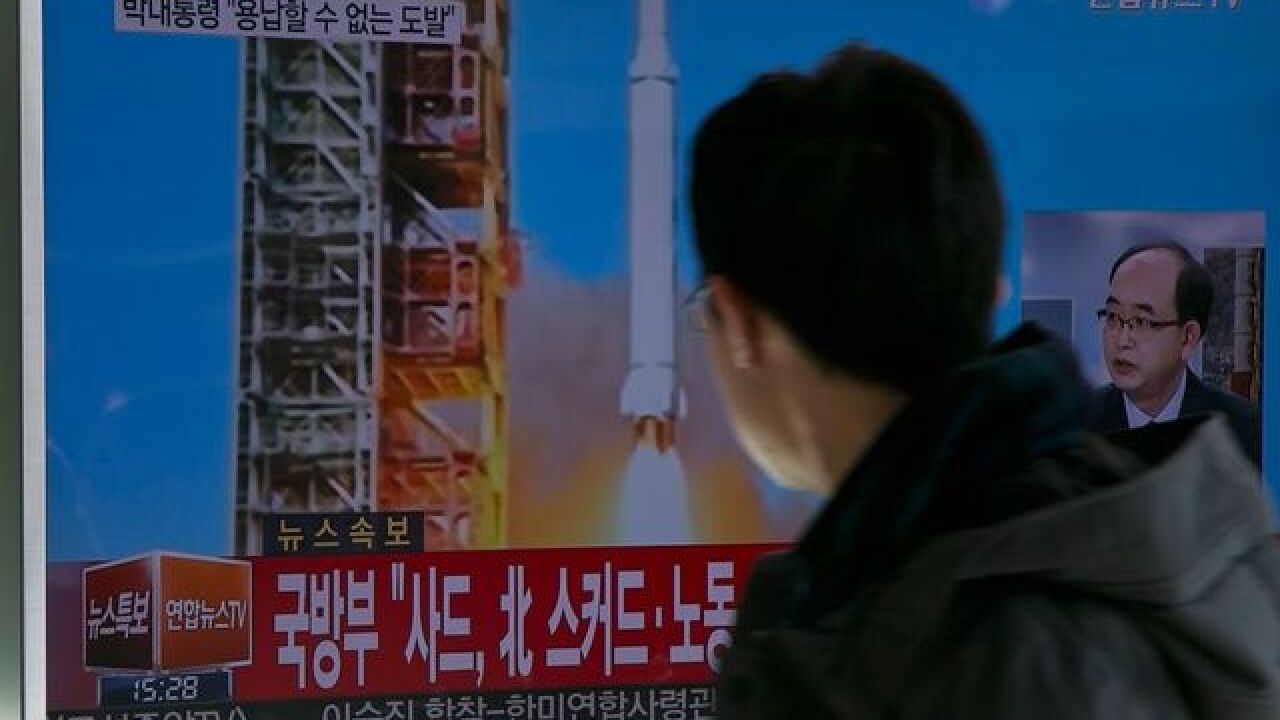 The Joint Chiefs of Staff said in a statement that the missile was launched toward the waters off the North's east coast.

North Korea routinely conducts missile and other weapons tests, but Wednesday's launch came after North Korea made angry threats against a U.S. plan to deploy an advanced missile defense system in South Korea by the end of next year.